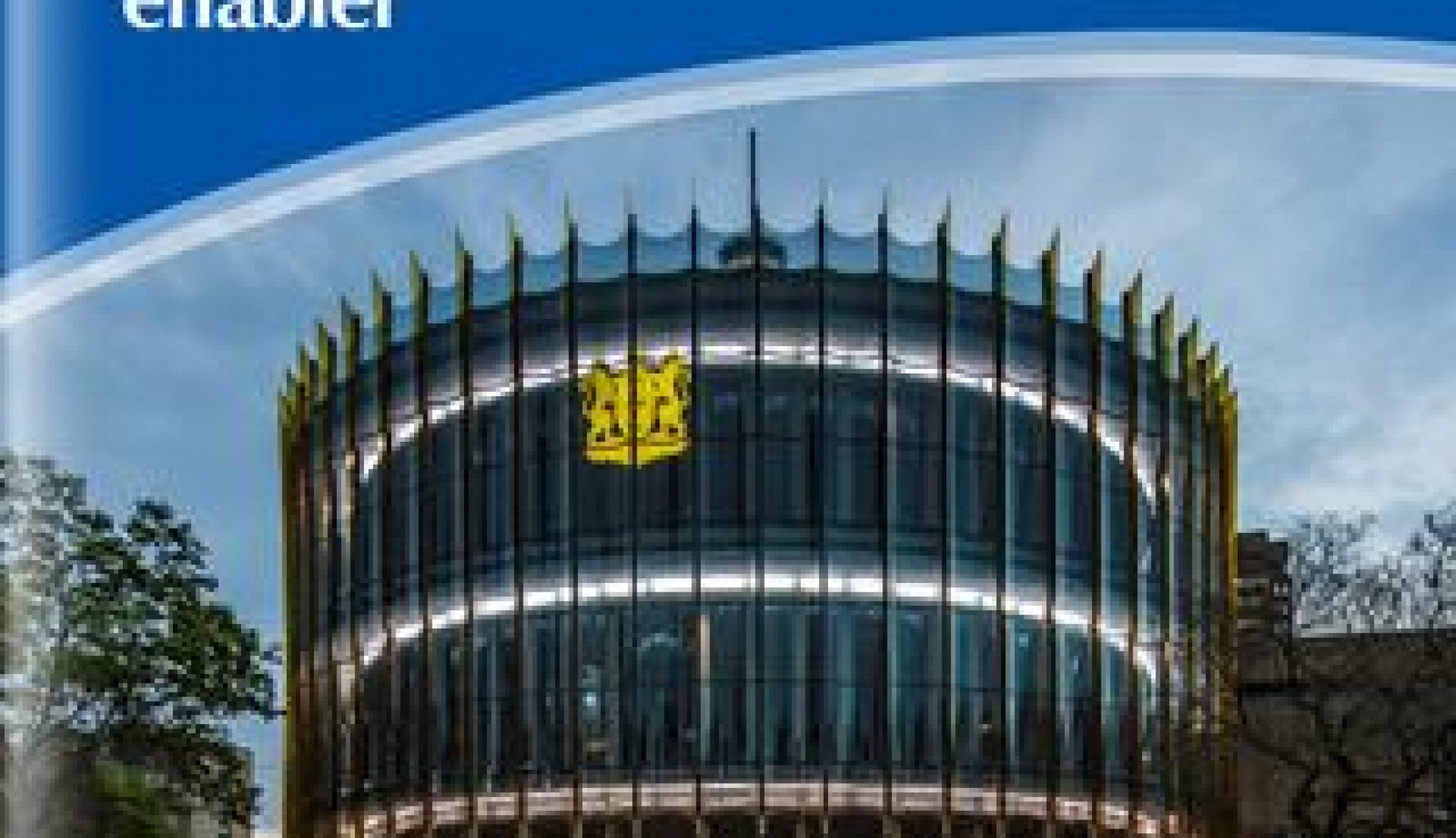 Emerging as a key player within the national infrastructure industry, Enza Construction continues to make strides as a key differentiator and a true social enabler

2018 was a challenging year in the construction industry, with a number of the country’s founding developers succumbing to ongoing pressures that the industry has been facing with the demand for build falling significantly, resulting in decreased margins, stiffer competition and a decrease in market capitalisation.

Due to a lack of spending and deteriorating economic growth, the situation for many companies has become bleak. However, despite this gloomy backdrop, Enza Construction itself remains very optimistic for the future.

“We’ve taken a different approach and have managed to grow substantially in the last three years,” explains Crowie. “We’ve remained a solutions orientated business, allowing us to stay much more sustainable in the current environment when compared to our peers.”

Leveraging an extensive background in construction and property development, having secured a Bachelor of Science in Construction Management from the University of KwaZulu-Natal coupled with multiple years of experience across different industry segments, Crowie and his brother, Rowan Crowie, Chief Executive Officer of Enza Construction, launched their own business in 2000.

“Initially we started out as a project management consultancy business called Crowie Projects. Enza Construction was launched in 2003 to service the group’s internal construction needs and has since evolved into one of the leading black construction companies in South Africa, with a turnover in excess of R1.5 billion and including a civils, housing and turnkey design and construct division,” Crowie explains.

While the firm has proudly executed a number of projects on a traditional procurement basis, its Enza Plus division allows it to come into its own as a value-added contractor.

Enza Plus is a progressive, holistic business concept, new to the construction industry. It has taken the traditional approach to meeting clients’ needs and revolutionised the thinking behind this, now offering turnkey design and construct solutions. Design and construct contracts have the benefit of de-risking the project for the client while still providing price and delivery certainty. A collaborative approach at the onset of the project ensures that opportunity is not lost, risk is mitigated and the commercial benefit of the project is substantially improved for all parties.

“This is where we see ourselves now and is something we hope to further capitalise on in future.”

Providing an extensive range of solutions, from retail shopping centres and commercial offices to healthcare and education facilities, this alternative approach has paid dividends on multiple fronts.

Such is evident in Enza Construction being recognised at the South African Institutes of Black Professionals (SAIBPP) Awards where it secured the Disruptor award for its iconic R1 billion Steve Tshwete District Hospital Project in Middelburg, as well as the African Property Awards “Public Services Development South Africa” Award for Council Chambers together with our client The City of Joburg Property Company.

A 220-bed public hospital situated in a small mining town 150 kilometres east of Johannesburg, the facility is currently under construction, with Enza set to deliver end-to-end solutions on a turnkey design and build basis.

“For us it’s exciting to be able to take the government’s challenges and provide a one-stop solution for the Department of Health,” explains Crowie. “In 2020 we will be handing over a hospital that is truly revolutionary, fully operational and includes state-of-the-art equipment.

Likely to attract substantial efforts from Enza during the year ahead, the Steve Tshwete District hospital will become part of the company’s expansive portfolio that already includes the Dr Pixley Ka Isaka Seme Hospital in Kwa Zulu Natal, which is the construction of a 450-bed, Level 1 District Hospital, as part of the infrastructure development Hospital Revitalisation Programme. The hospital will provide primary healthcare and a full AVR referral service to Inanda, Ntuzuma and KwaMashu communities of the eThekwini Municipality.

Enza has a proactive approach to assisting in the development of communities and the implementation of localisation targets which many have seen as challenging. The company’s approach is holistic as it tries to implement initiatives that address community needs together with corporate citizenship. In 2018, the firm launched the Enza Training Academy, a first for a company of its size but most importantly an academy that primarily services the community. The Enza Training Academy is a mobile academy, currently based in Middelburg since it launched in July 2018.

It offers bricklayer and plasterer trades, both of which are accredited with the relevant South African regulatory framework, as the academy is competency based. Enza has also applied for two additional trades and once approved, the mobile academy will rotate the trades amongst its different projects, enabling both multiskilling of communities as well as diverse trade offerings to the communities.

“We have also employed specialised social facilitators to try and understand the frustrations of local people and provide solutions to these, allowing disadvantaged individuals to thrive in areas where they would not normally be given opportunities,” states Crowie. “This has never been a regulatory requirement for us, but rather a core value of the business.

“From supporting old age facilities, aiding schools and backing local sports team, we try to give back in each of these communities,” adds the Executive Director. “We feel it’s important to do so in a country such as ours where there are often limited resources.

“To see these communities and organisations grow alongside our business over the past two decades has certainly been exciting and rewarding.”

The true embodiment of a social enabler and innovative business, the future remains bright for Enza as it moves into 2019 and beyond.