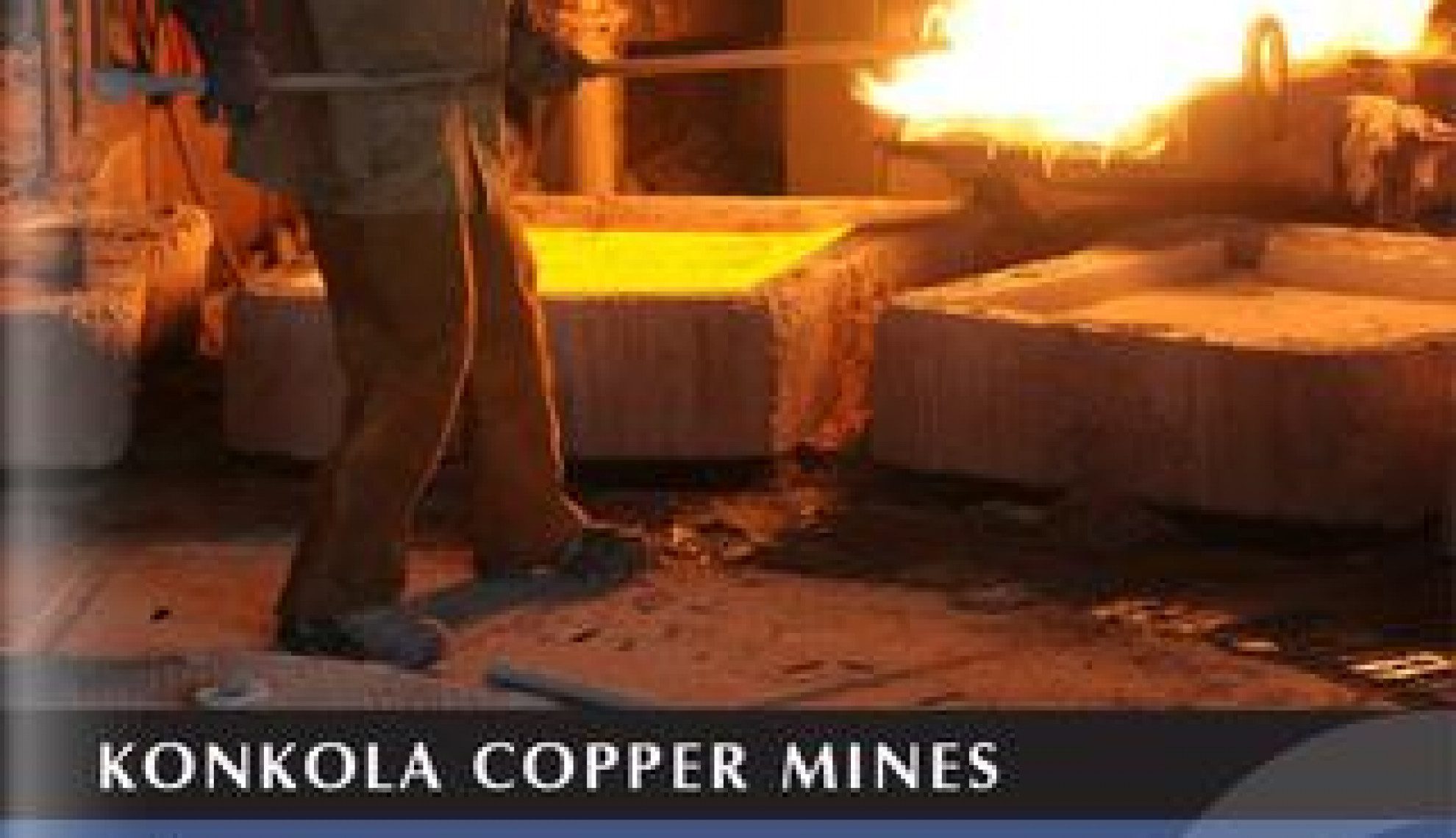 Copper mining has been a significant contributor to Zambia’s GDP for close to a century, with experts estimating at that the sector is responsible for at least 12 percent of the country’s business; therefore the sector is of historical importance for the country. Since privatisation of parastatal companies in March 2000, Konkola Copper Mines (KCM) has been able to grow its already substantial mining assets, with the help of foreign direct investment (FDI) and support from government shareholders ZCCM-IH and ZCI.

In 2004, Vendanta Resources, a UK based Company, bought a 51 percent share in KCM, further increasing this to 79.4 percent in 2008. “Not only did this increase our confidence, but we were able to grow our operations with new found vigour, investing over US$2.9 billion in upgrading equipment, building new facilities and expanding capacities,” says David Paterson, Vice President of Local Economic Development at Konkola Copper Mines.

“These investments increased the life of the mines by more than 25 years, allowing us to retain our position as one of the largest, fully integrated mining bodies on the continent,” he adds.

From its three mines – Konkola, Nchanga and Nampundwe – KCM currently produces 140,000 tonnes of copper per annum. “At Konkola, we are targeting 3.5 percent growth this year and we are putting all our energies into achieving a higher standard of operational efficiency and more stringent safety practices across these three mining operations,” states Paterson.

Since the economic highs of 2010 – where Zambia saw a 50 percent rise in government revenues from mining as a result of a 16 percent increase in copper production – the past five years have been more of a challenge due to lower ore prices internationally. Paterson explains: “The peak in 2010 turned into a steady decline driven by an unhealthy external environment which has increased the cost of operation. This being said, we are doing all we can to focus on areas of the business that we can influence in order to increase profit levels; and the government have been very supportive throughout this challenging time.”

In order to improve the effectiveness of its workforce, KCM understands that part of its continuous improvement strategy must focus on developing this area of the business. “Particularly since Steven Din took the helm as Chief Executive Officer (CEO), the Company has taken significant steps forward in the progression towards achieving ‘Zero Harm’ in the workplace,” Paterson says.

As a result of the current economic environment and export prices for copper ore, mining remains a high cost activity in Zambia. For KCM, these high costs make the mine capital-intensive in the short-term as outdated machinery needs to be replaced.

He highlights: “Due to the age of our operations and to aid continuous improvement of production levels – and prolong the life of our mines – we must invest in the latest equipment while also ensuring ongoing exploration studies take place. So we remain realistic and understand these current improvements will secure long-term profitability and longevity.”

In line this, KCM has upgraded its smelting machines via its largest equipment investment yet. “Our new smelting machines have a high environmental performance, ensuring maximum efficiency by capturing 99.6 percent of flue gases. Additionally, we are in talks with local companies to bring more aspects of the value chain in-country via beneficiation to maximise our local economic contribution,” Paterson further details.

To alleviate further challenges in exporting copper ore, it is important to maintain a good relationship with local partners. One such partner is Sabot Management Limited, who help to alleviate the stresses of cross-border transport via an extensive depot and infrastructure network.

“Being a landlocked country makes import and export costs higher to reach the nearest ports, so strategic partners such as Sabot help to combat challenge in this regard.

“It is also worth noting that we conduct as much of our business as possible in Zambia. Our equipment, however, comes from reputable international suppliers who often have local maintenance services that we use to maintain our heavy machinery,” Paterson emphasises.

Another key aspect of the business has always been its people focus, and KCM offer some of the most comprehensive training programmes in the country; providing support for students at universities both within Zambia and the surrounding countries, offering a wide range of scholarships and management training. Each year, 250 students go through its training school, which is inspired by almost a century of mining experience and deep understanding of the Zambian landscape.

Likewise, KCM has a concerted focus on contributing to the communities within the vicinity of its operations. The Company operates two hospitals and eight satellite clinics in the region and is proud to have one of the largest malaria roll-back programmes in the country. Adding to this, KCM has rolled-out several community health initiatives which include the distribution of 23,000 free pairs of glasses, the fitting of artificial limbs and undertaking eye cataract operations.

“We have allocated US$150 million to corporate social responsibility projects so far and our latest project involves the provision of literacy training for 800 adults, which demonstrates just how diverse our initiatives can be,” adds Paterson.

KCM is also involved in the sponsorship of four football teams in the top-tier Zambian soccer league, and runs two schools, which it has expanded from primary level to full secondary level, providing education to over 2,000 pupils.

Despite recent economic challenges, Vedanta Resources is committed to seeing KCM succeed, leveraging the mine’s long operational history in the country, along with the Company’s consistently successful training and emphasis on safety policies. Touted to increase production in line with its ongoing investments in machinery and the latest in copper technologies, CEO Steven Din is determined to make sure the mine remains a substantial part of the country’s austerity for decades to come.