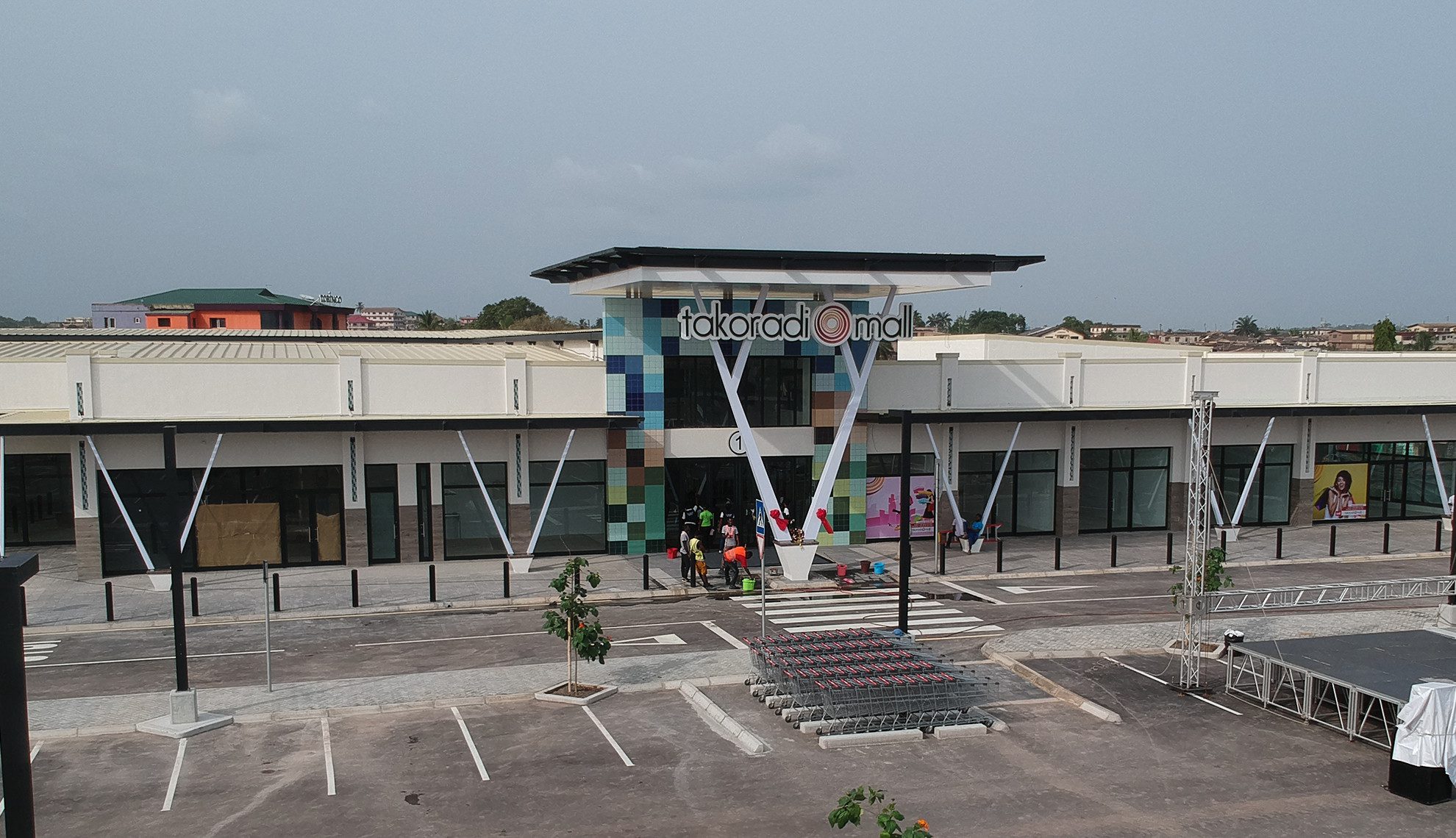 Placing its pride in a customer-first ethos, WBHO Building Africa and its Managing Director, Deon Robinson, are continuing to transform industry across the continent

Accra. The capital of Ghana and the heart of the country’s booming commerce scene.

In centuries gone by, markets have traditionally posed as the most viable option for shopping across the city. And while these do still exist in an abundance across the region, embodying a large part of Ghana’s national and cultural identity, the retail scene in the capital has changed dramatically, owed to the development of modern complexes.

Two prime examples can be found in Junction Mall, a landmark building that serves a catchment of more than 600,000 residents and thousands more tourists each year, and West Hills Mall, an alternative 290,000 square foot retail centre that, by all accounts, has transformed the shopping experience in Accra.

Both standing as facilities that symbolise progression and development throughout the city, much of the successes of these buildings are owed to WBHO Building Africa – a division of WBHO Construction and the Company that built the malls.

“The Building Africa division was established in 2013 off the back of the award of the West Hills Mall and Junction Mall building contracts,” explains Deon Robinson, Managing Director of the subsidiary. “In the five years since, we have continued to focus on delivering construction projects throughout Africa, predominantly serving the sub-Saharan region with a myriad of clients and developers.”

Having achieved a great deal in his career, Robinson’s initial interest in the construction industry stemmed from a young age after watching his father work on various buildings, from developing his childhood family home to overseeing large scale projects.

It was this that sparked Robinson’s initial ambitions to become educated in the construction sphere, ambitions that materialised almost exactly three decades ago.

“By August 1988, I qualified for a leading bursary with a leading construction firm, an opportunity I am still grateful for today,” explains Robinson. “During this time, I studied for four years, then working for the Company for a further three years.

“Having remained in the same field of work in the years since, I am still enjoying the challenges that come across my desk just as much today as I was 30 years ago.”

The Managing Director’s passion is reflected throughout WBHO Building Africa’s operations, particularly evident in the firm’s client-first mentality, ensuring that its customers’ expectations are consistently met to the highest of standards.

Favouring this approach, the Company has continued to emphasise quality. Robinson continues: “Our view on growth has always been based on the idea that we must make sure we do not grow too fast or become greedy in trying to get a bigger bite at the construction cake.

“We have made slow and steady progress and we are satisfied with our growth rate, and with this type of streamlined operation, we are definitely one step ahead of our competitors.”

To date, WBHO Building Africa’s expansion plan has largely been focussed in both Mozambique and Botswana alongside its operations in Ghana.

In both entering new markets and evaluating its position in consolidated regions, the firm takes a measured approach according to Robinson, evaluating a multitude of different factors to ensure that each new venture is successful.

“We recognise that other countries present opportunities, but we are very cautious about settling on new projects at random,” he reveals. “We have to look at the current political climate, financial stability and who our client is, for the safety and security of our personnel is of paramount importance when it comes to these types of decisions.”

Often faced with hostile or uncertain environments across the continent, taking this approach has been fundamental to the success of WBHO Building Africa, allowing the firm to thrive in regions or economies where others struggle.

“In my opinion, the current status of the construction industry across Africa could be considered to be a recession of some sort,” Robinson says. “Governments are currently not spending on infrastructure which makes it difficult to make any major market forecasts.

“However, I do believe that once the infrastructure issues are resolved, various projects will be taken off hold and more equity will be flowing into the African countries thus triggering investment and potential construction opportunities.”

Despite this current climate, WBHO has continued to excel in the five years since its inception.

Having begun with the West Hills and Junction malls, the Company has diversified extensively, working on the completion of a range of buildings, from complex refurbishments to the construction of new warehouses across the continent.

Testament to this is the firm’s extensive range of supplier partnerships, working with both local and cross border subcontractors that help to enable the completion of each and every one of its projects. Leveraging these relationships, the firm sources many of its materials from high quality vendors throughout South Africa, ensuring that it is able to deliver the best results time and time again.

“Shipping goods from RSA is a fairly painless process if you know the system,” Robinson adds.

Equally, as part of the wider WBHO Group, WBHO Building Africa has access to a significant amount of resources, fuelling the division’s thirst for excellence.

WBHO Building makes up just one of a number of subsidiaries that contribute to WBHO Construction (Pty) Ltd, standing alongside WBHO Australia Probuild Construction, WBHO Roads & Earthworks and WBHO Civil. With access to a range of leading expertise throughout this network when needed, the subsidiary is able to benefit greatly from the Group’s broad and diverse footprint.

Further, a similar approach is taken in regard to the firm’s employment and talent retention strategies, philosophies that have been fundamental to the businesses long-term success.

Robinson continues: “Our philosophy here is to bring in senior supervision that do have long standing experience and then training the local willing people to execute the work to the correct quality and production standards. This is sometimes easier said than done but to a large extend we had success at most of our projects following this strategy.”

From here, the firm then promotes open channels of communication throughout its structure, providing all of its employees with the ideal platform to both express themselves and thrive for the betterment of the business.

·         Recognised by the SA Institute of Steel Construction in the Bridge category.

·         Has achieved several Futon Awards for the outstanding use of concrete.

·         Consistently recognised by the Sunday Times and Financial Times.

An eye on the future

Having achieved a substantial amount in the past five years, particularly across Ghana, WBHO Building Africa ensures that it gives back on a local level – something that is particularly evident in the firm’s refurbishment of a local prison in Accra and through the rebuilding of a school boundary wall in Kumasi, Ghana.

“With continued participation in the construction industry in Africa we will further engage local communities to impart a legacy with our CSR initiatives going forward,” adds Robinson.

However, looking ahead, Robinson is keen that this legacy is consolidated in more than just its corporate social responsibility efforts, hoping that the firm will become more widely renowned and celebrated as it continues to engage in new projects and uphold its high self-imposed standards.

He concludes: “Our short-term goals are to successfully complete all the projects we have currently on the go and make sure we complete them to the level that our clients expect. At the moment we are focusing on securing more work for 2019 and maintaining a steady growth in the construction industry throughout Africa.

“We as WBHO Building Africa are very excited about the future and we would like to motivate subcontractors and suppliers to join us in making our footprint larger and positively changing the landscape of the construction industry in Africa.”