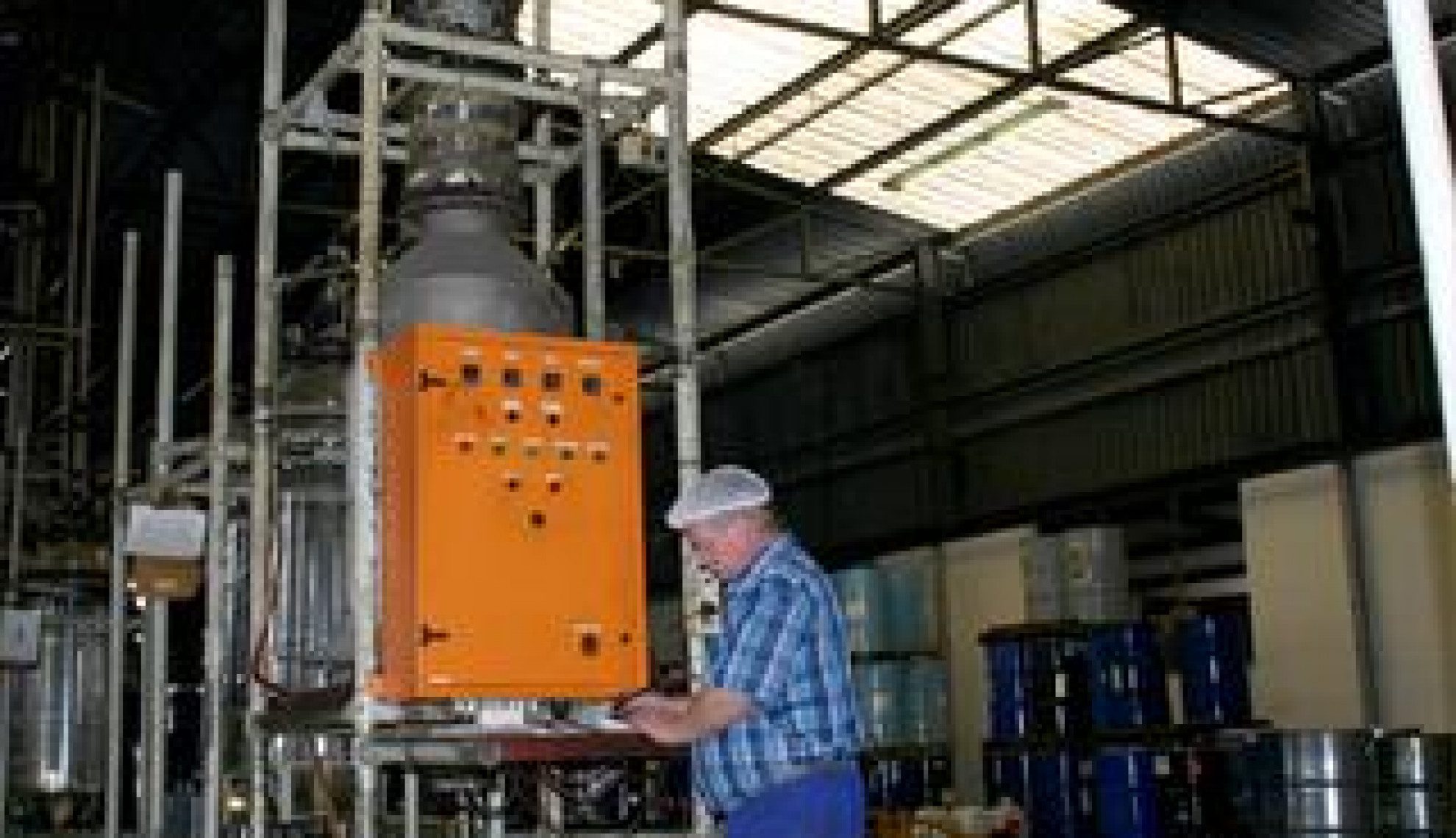 South African oils manufacturer Teubes is celebrating its 30th anniversary. We popped to meet founder Clive Teubes who says that “a new era is opening up” as it reaches the milestone.

If there is one quality that more companies could stand to benefit from it’s the benefit of having a true expert at the helm of the company – somebody whose passion lies with the product the business is selling, rather than the act of selling itself. Teubes cc, a company selling a huge variety of oils and natural extracts, is one such company.

Talking to Clive Teubes, the founder of Clive Teubes cc, it is clear that his technical background has played a significant part in the development of the company. A variety of chemical processes have been developed down the years which involve distillation, rectification, extraction and various chemical synthetic processes. Consequently today the business is based on a technical foundation which is under continuous development and expansion

It’s a skill Clive Teubes has spent his life honing. After completing his studies in chemistry at the University of Cape Town in the early 70s, he spent four years in England with ICI (Imperial Chemical Industries) receiving industrial training in the design and operation of chemical plants. When he returned to South Africa, Teubes built on that experience during his employment at AECI and Air Products. However, even then, he was keen to go into business for himself and, as the market in essential oils, flavours and fragrances grew, in 1981 he started his own company, producing sample products in his garage

“Some personal sacrifices had to be made, such as driving a cheaper car, but it was all worth it,” says Teubes.
He started up the company in partnership with local flavour and fragrance house DJ Gunther (Pty) Ltd, who later sold its shares to AECI.

When it started out, Teubes’ company offered a range of aromatics, eventually moving into citrus products and refining Eucalyptus to produce Eucalyptol.

At this stage the company depended on the many local flavour houses like BBA (now IFF), Naarden (now Quest International) and Haarmann & Reimer (now Symrise) for business but soon the firm picked up its first international clients – Charabot in France and Augustus Oils in the UK. These relationships exist till today.

Of course, shipping product over greater distances brought with it its own challenges.

“I recall in 1985 the telex machine clattered out the following from our client in France: ‘Please be aware that we have been advised by our shipping agents that the container of products en route from Cape Town to Marseilles met with very stormy seas off the bulge of Africa. Unfortunately this container together with a number of others dislodged from the ship and was lost overboard. Therefore I need to tell you that our container of product is now at the bottom of the Atlantic Ocean!’ Thankfully this situation has never repeated itself,” recalls Teubes.

The company went from strength to strength, and by the beginning of the last decade it was expanding its production facilities, opening up a second factory to accommodate an additional plant and equipment to cater for its growing local and international markets.

Throughout its history Teubes cc has been rising to the challenge that has felled so many other businesses, not just creating a new business, but creating one that will last.

While only four percent of companies in South Africa achieve entrepreneurial sustainability, Teubes is currently looking at celebrating its 30th birthday.

It’s not an achievement that’s come easily and like most businesses it felt the brunt of the financial meltdown of 2008/2009.

However, Teubes responded to the economic conditions by cutting costs and engaging in operational re-engineering, improving its processes and operational efficiencies.

As well as navigating economic obstacles, Teubes cc has also been working hard at improving, and having recognised, the quality of its products, with the company recently working towards organic certification.

“Besides the paperwork, the significant effort needed to convert to organic oil production was no small task for the farming community,” Teubes admits. “Over the past 10 years, however, farmers have adapted well. Nowadays the certification process from the harvest field through to the packaging of the final product is well established as is the annual audit which is part and parcel of this certification process.”

But now, looking back on such a landmark anniversary for the company, it all seems worth it. Teubes himself is philosophical about the achievement.

“The company, like any other company in markets like this has seen its ups and downs but has achieved sustainability, with loyal customers and very good relationships throughout the supply chain and we’re very proud of it,” he says. “On the 19th of October all our staff and loyal suppliers will be treated to a Gala Dinner, alongside people involved in the community work our business has achieved.”

But before the party is even started, Teubes is already thinking about the challenges for the next 30 years.

“The biggest challenge for me is to continue training and developing the younger generation to shoulder the responsibilities that go with running the business beyond myself,” he declares. “I can’t see myself stepping away from the business completely. It has always been a joy and a privilege to be involved in this industry. In the years ahead I certainly hope that I will still be able to make some contribution to the business.

“It has been an enjoyable 30 years and a challenging time. There are significant growth plans in place and as we reach 30 years of age it feels like a new era is actually opening up to us, using the experience and knowledge we have accumulated over time. I am grateful that we are still playing a role in the industry. Our contribution isn’t large when it comes to a global perspective but I like to think that our presence in Africa makes a positive contribution. It is one of our key objectives to encourage other African companies to join us on the international stage. We have enjoyed loyal support from many local and overseas clients. They would know who they are and I am extremely grateful to them for this. Without their support we wouldn’t exist. Our intention is to develop these relationships even more offering a wider range of products ‘Out of Africa’.”