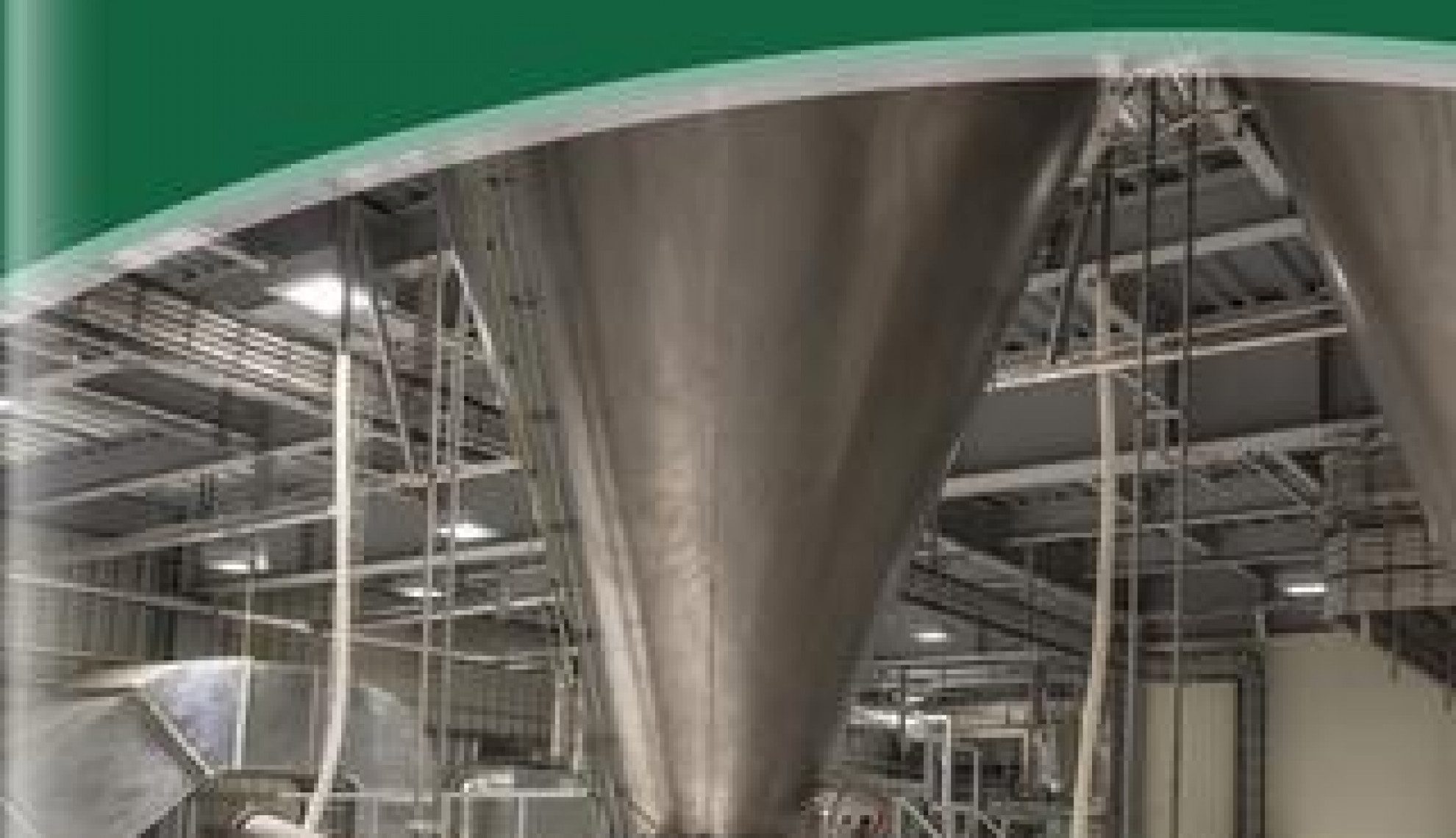 Incepted just three years ago, the Company’s aim from day one was to find a solution to malnutrition in the region, and soon after – with the Government of Rwanda quickly onboard – the construction of a state-of-the-art manufacturing facility in Kigali got underway.

Chief Executive Officer, Amar Ali picks up: “By December, 2016, construction was completed and since then the fortified foods that we produce have fed more than one million children. As a next step we are looking to expand our operations to Ethiopia and other East African countries in the near future.

“Our products are presently available in Rwanda, Uganda and DRC. We are currently also exploring distribution options in Kenya and Tanzania. For now, our goal is to gain a strong foothold in all East African countries by becoming a trusted supplier of both government programmes and commercial distributors. However, we are ambitious; if good opportunities arise in other African countries we will definitely consider them.”

A public-private partnership incorporating DSM, FMO, CDC, IFC and the Government of Rwanda (for that country specifically); AIF works alongside these partners to represent the overall shareholders of AIF Holding.

In Rwanda, this has already manifested in the production of fortified blended foods (FBF) in terms of product innovation; a blend of cereals fortified with vitamins and minerals.

“Special variations, such as those intended for infants, may contain milk powder,” Commercial Director, Darshana Joshi adds. “We currently produce Super Cereal Plus for WFP, Shisha Kibondo for the Government of Rwanda and a commercial range of nutritious porridges under the Nootri brand for consumers in East Africa. All our products are fortified and thus contribute to reducing micronutrient deficiencies in the most vulnerable population – pregnant and breast feeding mothers and children aged six months to two years.”

This has been a concerted goal since inception for AIF, with its first products targeting infants as well as pregnant and breastfeeding mothers.

Joshi continues: “This was chosen because improving nutrition during the first 1,000 days of a child’s life can significantly improve growth and cognitive development. However, our marketing team soon understood that older children and adults were asking for a product adapted more to their specific needs.

“As such, we are about to launch a series of multigrain family porridges in larger, more affordable bags. Like all our other products, these family porridges will be enriched with vitamins and minerals.”

Despite being a very young company, AIF has already diversified and expanded its product range exponentially, while achieving several key milestones on a broader note. After just six months of production, its manufacturing plant had already reached 90 percent operational capacity; a testament to the speed at which employees have mastered operating procedures, which Joshi describes as “truly unique”.

“We are also proud about the fact that AIF has recently been awarded the FSSC 22000 certification, which is the highest-level Food Safety System Certification a food manufacturer can have,” she says. “A key pillar of this success was the investment that AIF made in education and training of its staff.

“For example, plant operators and shift leaders went on training excursions to plants in Singapore, Switzerland and Kenya to observe and learn how to implement high quality manufacturing standards.”

AIF has never been afraid to invest where necessary, whether that’s into product development or human resources, and so far, €60 million has been spent on capital expenditures in Rwanda alone. Covering elements of packaging lines, new technologies or manufacturing processes, AIF remains a truly pioneering venture.

“Our vision is for Africa to feed Africa,” Ali emphasises. Country Manager, Prosper Ndayiragije adds: “A lot of the food aid and commercial food products that are distributed in Africa are still imported from abroad. By upholding the highest quality standards and sourcing ingredients locally, we are hoping to boost the local economy and contribute to sustainable development.

“From a commercial perspective, this translates into making available a local product that is as good as or better than any of the imported brands. To compete with those premium brands, we are looking into introducing both instant flavoured cereals in packaging ranging from tins to large family packs.”

In order to achieve local sustainability throughout the value chain, it has also been a concerted strategy of AIF’s to hire 100 percent locally. Naturally, when this becomes a challenge, the search becomes regional rather than national, but as a Greenfield project, there is a lot of space for personal development; and the Company has quickly established itself as an employer of choice.

In the past nine months alone, many employees have risen through the ranks of the Company, and AIF is proud of the opportunities it is able to offer young people as they look to unearth their own talents and begin their own professional journeys.

“For some positions we work exclusively with interns who go through training in different departments based on their interest and potential,” Joshi details. “With the right training, mentoring and feedback some of them have secured permanent positions in the Company.”

A similarly local commitment is evident across AIF’s pivotal supply chain management too. With an annual maize demand of approximately 28,000 metric tonnes, the Company is by far Rwanda’s biggest maize procurer. Local supply is therefore the only sustainable method to keep up with such demand in the long-term.

“As maize is an important staple crop in Rwanda, AIF is in a unique position to improve local farmers’ livelihoods,” Ndayiragije explains. “AIF is committed to paying farmers a premium price for high quality maize. To help farmers improve their yields and quality standards, we are partnering with CHAI, World Vision International, Technoserve and One Acre Fund.

“We are currently working with about 9,000 local farmers and are looking to increase this number next season.”

Another element of AIF’s cooperation with farmers has been the value-added option of quick cash payments and on-farm transport services.

Ndayiragije adds: “We work with Kumwe Logistics – a Rwanda-based start-up – to deliver this. Unlike maize and soya, ingredients such as vitamins, minerals and milk powder are hard to find in the region. These products we import either from South Africa or Europe.”

As a result of AIF’s all-encompassing devotion to local and regional upliftment, the Company is often referred to as a ‘social enterprise’. On the supply side of the value chain, it works with partners to improve smallholder farmers’ production, while on the demand side, the business is equally adept at working alongside governmental institutions and sector associations in order to work towards a common goal: “to ensure the poorest of the poor have access to subsidised nutritious food”.

“To ensure long-term access to affordable, nutritious foods, we are also working hard to reduce the prices of our commercial products, albeit without compromising on quality, so that all segments of society can fulfil their micronutrient requirements,” Ali notes. “It is perhaps fair to say AIF is more involved in ‘creating shared value’ than ‘corporate social responsibility’.”

The scale and social mission associated with the shared value being generated makes AIF unique. It is the largest producer of FBF in East Africa with an annual capacity of 45,000 metric tonnes, which is impressive in itself. But in then focusing that capacity towards plugging societal cracks, the ambition veers from being financially-driven to being more broadly significant.

Ali concludes: “The focus is on reducing malnutrition and sourcing maize and soya from local smallholder farmers as much as it is on getting a return on investment. And in the future I would like to see a significant reduction in malnutrition in line with this focus.

“That would mean AIF has contributed to the improved wellbeing of an entire generation of children, and that achievement would be priceless.

“Finally, I’d also like to see an improvement in local sourcing. With nutritious locally-sourced foods, it would be great if we could truly get Africa to feed Africa.”