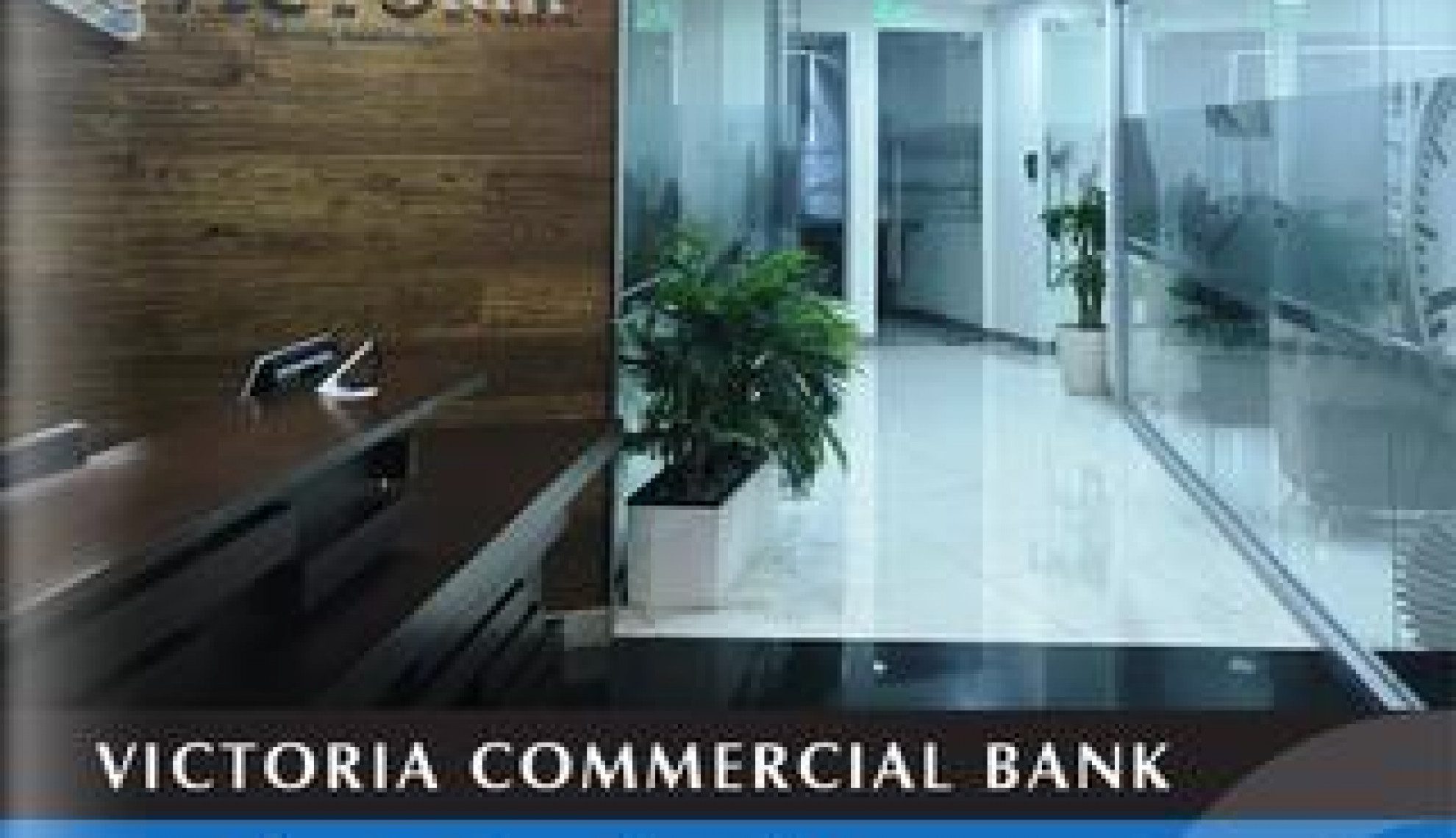 A Credit to Kenyan Banking

Victoria Commercial Bank (VCB) has built upon a successful 2014 with an even more prosperous 2015 as it continues to capitalise on the positive reputation constructed within Kenya’s finance industry.

Consistently ranked within the top three institutions in the sector and country among its peer group over the past half a decade, expansion and continuous improvement are two philosophies deeply ingrained into the fabric of the Company, and have been ever since the organisation’s inception in 1987.

A consistent leadership and management model has further aided the smooth organic evolution ever since, and Chief Executive Officer, Yogesh Pattni has been there to witness it all.

“Following the start of our operations, we converted to being a fully-fledged commercial bank in 1992, offering all the banking services that come with being a commercial bank, and we have grown over the past 29 years to now have three branches, with an intention to open a fourth branch next year, and a workforce close to 60 people,” he noted back at the start of 2015.

“Out of the 43 operational licensed banks in the country, we may only be around the 25th biggest but we have been ranked as the leading bank for several years in our peer group.”

Regarding the past 12 months of progression, he enthused: “The year 2015 has been largely successful with most objectives being realised and being met in spite of the difficult environment and the banking difficulties experienced in the last quarter of the year.

“We launched the VCB Master Card credit card towards the end of last year and look towards expanding our market share now in 2016. We are also looking into enhancing our internet banking platform and providing greater and more versatile services online.”

Fitting in with VCB’s longstanding philosophies, 2015 has epitomised the Company’s ability to provide tailor-made solutions and products in accordance with consumer demand, market gaps and industry fluctuations; an initiative that will also be evident across the Company’s 2016 goals which embrace technological enhancements, manpower development and improved customer service levels.

“These investments are expected to bring in cost benefits which will result in reduced cost of business for our clients,” Pattni says in regards to the latest phase of a 29-year development which has incorporated methodical organic growth and careful monitoring of each of its branches.

Always avoiding the lure of spreading its operations too thin, the focus has always been on optimisation of its existing outlets, introducing new branches after careful deliberation.

A third was subsequently unveiled in 2014, with a fourth still earmarked for 2016; addressing societal demands in more affluent areas.

“We currently have three branches and the demographics of our clients remain the same,” Pattni notes. “VCB’s focus within Kenya is still on Nairobi while reaching out into other towns as well, and while we are still considered a small sized bank, we are still one of the top performing institutions with a high level of service and a good asset portfolio.”

Pattni continues: “The industry is going through a transformation in that the regulations and enforcements are becoming much more enhanced.

“This is a good measure for the general public but requires much more structure and controls from institutions. As an institution we have developed various policies and measures to ensure that we comply with all aspects of the regulations but at the same time we are able to meet client needs within the confines of the law.

“We also periodically educate our clients on a one-on-one basis about the changes that take place and what they need to do to be within the law. This adds value to them as well.”

Facilitating a positive and progressive experience for clients at the back-end of VCB’s product offering is a series of internal and structural developments taking place behind the scenes; initially epitomised by the technological advancements and investments being carried out, but cemented by the relationships enjoyed at all levels throughout the business.

Primarily, this addresses the personnel side of the Bank’s operations, as Pattni says: “We have expanded our workforce from three people to more than 60 and each and every member of staff are highly valued, highly motivated and greatly encouraged.

“They are trained and often encouraged to work in teams and take up challenges to improve the performance of the Bank, and training workshops take place right from board level to junior staff.”

VCB subsequently enjoys a very low level of staff turnover and has become a natural employer of choice among individuals looking to break into the attractive finance industry, as Kenya’s economy continues to flourish.

Inevitably, being reputed for a strong personable culture is vital in a sector that relies so heavily on human interaction between staff and customers, and the same positive relationships are seen through the formulation of strategic business partnerships too.

The likes of Alan Dick Ltd, Malplast Industries, Simba Technologies and PJ Dave Group have all enjoyed extensive and longstanding partnerships with the Bank, while the Kenya Commerce Exchange Services Bureau Ltd has gone a long way in aiding VCB’s development; via its broad range of software solutions and services to facilitate the latter’s connection to SWIFT (the Society for Worldwide Interbank Financial Telecommunication).

Furthering the human element even more concertedly, the Bank’s ethos in regards to corporate social responsibility is equally prevalent; its Victoria Commercial Bank Charitable Trust acting as a standalone entity in addressing areas of malnourishment, homelessness, education and healthcare.

“VCB continues to play its part in assisting lesser fortunate members of society,” Pattni emphasises. “A recent project that members of staff have taken up is to mentor young boys where in the recent past, much emphasis has been given to girls. The Bank’s charitable trust, together with staff members, will be mentoring young boys to show them the right path and how to be responsible citizens.

“We have also contributed towards a cancer hospital which will provide subsidised treatment, and in cases where patients cannot pay, treatments right up to operations will be provided free-of-charge. This is in conjunction with many other donors and well-wishers.”

Becoming renowned for responsible development and community involvement can only stand VCB in good stead across the business-related facets of its ongoing evolution, and the goal remains in 2016 to engrain itself further into the mid-tier banking fraternity.

Pattni concludes: “In the years to come, I’d like to see the Bank move into more of a mid-tier sized grouping, but all the while retaining the status of being one of the best managed institutions within the industry.

“The Bank continues to be held in high esteem by its client base and shareholders and, in spite of a difficult last quarter in 2015, VCB’s clients maintained their loyalty. Furthermore, the Bank continues to have one of the best asset books in the industry with a zero non-performing loan book.”