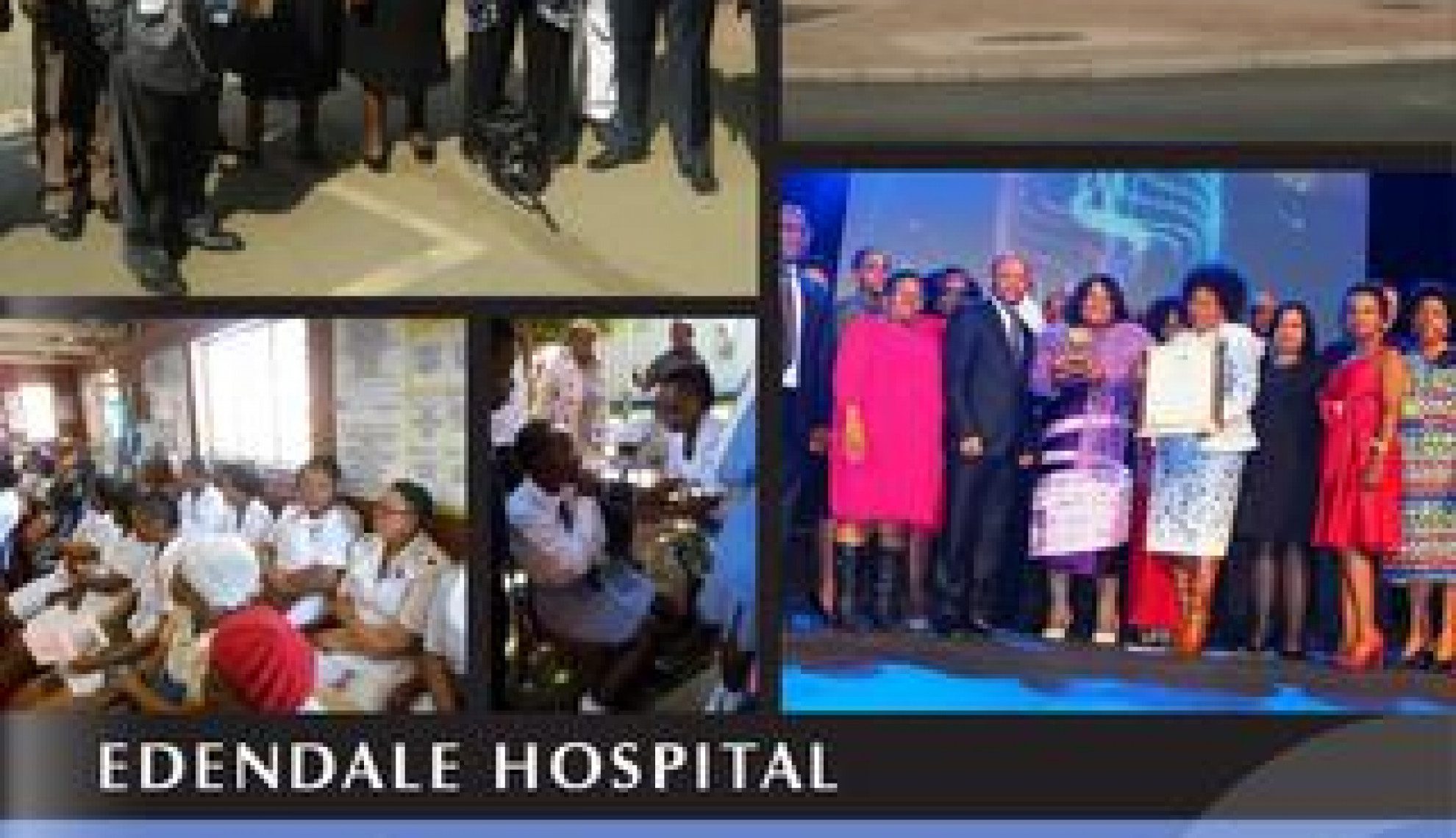 Edendale Hospital has made great strides over the course of 2015 as it continues to affirm itself as one of the leading medical pioneers in the KwaZulu-Natal province of South Africa.

Having achieved a score of 90 percent in the latest National Core Standards assessment, the institution’s rise from humble beginnings has arguably been completed from an outside perspective but, from an internal point of view, the Hospital’s development is far from done.

An ongoing commitment to continuous improvement and remaining ahead of, or at least in line with, global medical care processes has culminated in yet another proactive 12 months of capital expenditures, knowledge sharing, treatment enhancements and, most importantly, patient care improvements.

Urolology and ophthalmic services have both seen service expansion, while Edendale’s Emergency department has also benefitted from new technologies and machinery to enhance diagnostic aspects.

Two further ward upgrades, the installation of 256 network points to enhance tech access around the hospital, and the implementation of additional CCTV cameras to improve security are further evidence of what can be achieved in just one year, and are all part of a general R237 million grant from the Department of Health (DOH).

“Capacity increases will occur through the DOH Revite programme while other projects have followed on from this as a result of the hospital needing a revamp because of its ageing infrastructure,” explains Edendale’s Chief Executive Officer (CEO), Zanele Ndwandwe. “It consists of a fire detection system, electrical reticulation upgrade, new linking bridge, provision of decanting space, an upgrade of the dental unit and various structural upgrades to our buildings.

“These projects are very significant because it will solve a lot of our space problems and enable us to be compliant in terms of the National Core standards in preparation for NHI implementation.”

Beginning in earnest in late 2015, these projects will cover a three year cycle which will no doubt see a plethora of further investments and introductions to maintain the momentum that has been gained in recent years.

Looking back to the beginning of the year gives as clear an indication as any as to the extent of continuous development that needs to occur in order to not only meet minimum expectations, but to react in time to industry progression for the good of the regional population.

The importance of research and development, and the sharing of international knowledge have transpired in the form of an improved maternal, infant and child health unit over the past 12 months, while one of its core focuses in the form of HIV care has been addressed once again by an increase in counselling and testing uptake.

“We also wanted to ensure early detection and improved management of non-communicable diseases through improved ophthalmology services,” Ndwandwe says. “We have increased cataract surgery rates from 672 in 2014 to 941 as of today, and it is supported by the implementation of our Vision 2020 strategy with better treatment guidelines for eye conditions and evidence of compliance within these guidelines.”

Rehabilitation services, a strengthening of PHC services and a reduction in the number of fatalities and complications arising from trauma and violence completed Ndwandwe’s targets for 2015, but still only represent a portion of the expenditures injected into the Hospital’s evolution this year.

Behind the scenes, an equally significant array of improvements have been made to the hospital’s wider infrastructure, both complementing the investments going into ward upgrades and capacity increases, and facilitating the extensive  medical enhancements being introduced across each department.

These tweaks to the Hospital’s existing processes and systems are subtle across each standalone area, but become a concerted, all-encompassing overhaul of its methods when analysing the full list of actions taken over a 12-month period.

“Firstly, we ensured the implementation of referral protocols, strengthening our outreach programmes, while improving co-ordination of referrals,” Ndwandwe notes. “Improved clinical governance has also occurred through ensuring full functionality of clinical committees, the availability of appointment letters and registers, and through ensuring that morbidity and mortality reviews are being conducted.”

Pharmacy and therapeutics, functional disaster management, blood transfusion, and functional research committees have also been put in place to further hone in on clinical governance in key areas and are backed-up by similarly pivotal governance refinements across audits, awareness campaigns, a rebranding and improved community involvement; all of which have been overseen by a more functional Hospital board.

HR and financial management remained an area of focus in 2015 as it has done in the past, alongside improved supply chain management processes, asset management and revenue management; paving the way for even the most seemingly insignificant areas of hospital life to be addressed as a consequence. Everything from laundry to cleanliness, waste management and IT has been incorporated within Edendale’s yearly strategy.

Already planning for 2016, Ndwandwe hopes to complement these administrative and internal process enhancements even further via an upgrade to the Hospital’s electronic patient record system, as well as more stringent monitoring of litigation cases which come about as a result of medical errors.

From a clinical perspective, “our plans are to see the completion of the ED/OPD departments and to make strides into our plans for a midwifery obstetric unit (MOU) as well as an waiting mothers lodge for women with high risk pregnancies”, Ndwandwe says.

Continually exploring the possibility of change and improvements is what has stood Edendale Hospital in such good stead over the years, and it is not just the patients who are noticing the benefits of this proactive, unwavering approach.

In 2015 alone, Edendale has been rewarded for numerous facets of its overall operations, as Ndwandwe adds: “At MEC’s Service Excellence Awards, Edendale Hospital was honoured to receive three awards in May; including a bronze award for National Core Standards, and first prize for Best Practice and Innovation.

“At the District Service Excellence Awards, we were honoured to receive an award on the National Core Standards including our referral clinics.”

Incorporating individual honours within 2015’s portfolio among the Hospital’s physicians, the accolades didn’t end there either, with Premier’s Service Excellence Awards also recognising Edendale’s accomplishments by naming the Hospital as a gold winner for the Best Public Service Creative/Innovator on its Kangaroo Mother Care Beadie-Beadie project.

Empowering mothers with craftwork skills through a series of internal donations is yet another example of the enrichment that Edendale Hospital continues to engrain into its processes and the wider community, as it looks towards yet another year of bettering itself for the benefit of others.