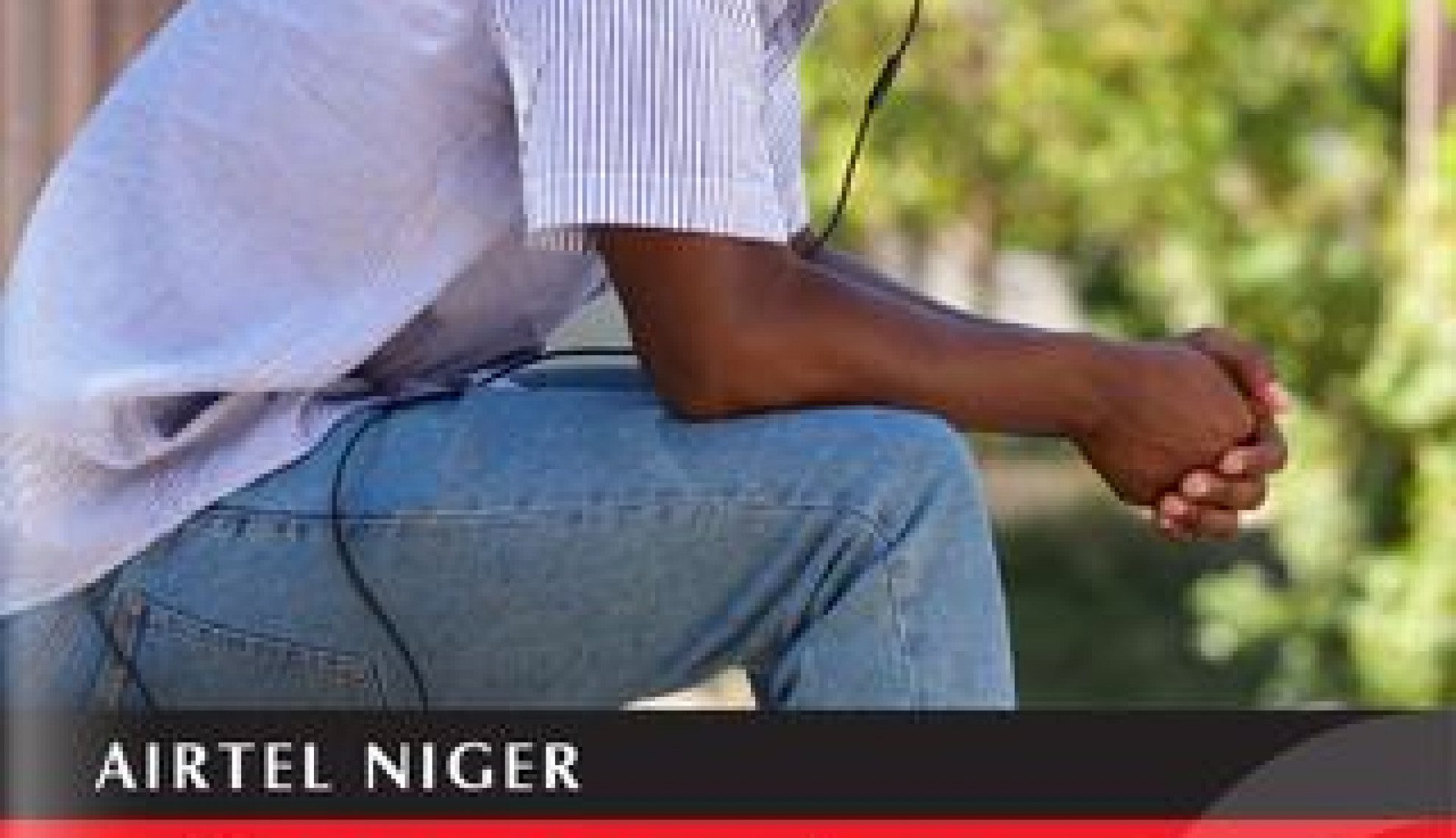 As one of the leading telecoms companies on the continent, it should be expected that a business of Airtel’s size would look to keep ahead of the industry curve and innovate across its core service provision year-on-year.

However, few competitors can boast the scope and geographic footprint that the Bharti Airtel subsidiary does in Africa, with each operating region benefiting from both Group-wide initiatives, and individual developments in each nation.

Bridging 17 countries in sub-Saharan Africa, the saturation of not only its core voice and mobile services, but also its continent-wide GSM services – embracing 2G, 3G and even 4G – has led the Company to be one of the most reputable and renowned across all industries, and this is certainly the case in Niger too.

With a majority 68 percent market share, Airtel’s dedication to customers, both in the consumer and enterprise space, has evolved with Nigerien trends and demands in mind, all the while maintaining the wider Group’s ethos of being a borderless entity.

Established in the country in 2011 via an acquisition of Celtel, and later Zain, Airtel now comprises more than four million subscribers to reach its dominant market share figures; capitalising on what is an equally progressive tech market in the country.

The ability to now employ local, skilled staff within its workforce has brought a touch of sustainability to operations, while its capital expenditures and collaborative projects look set to cement the business’s position in Niger for the years to come.

As recently as December 2014, 3G+ was rolled out by Airtel in the country, following on from the launch of 3G only months previously.

This acceleration of growth is indicative of the faith that the country has in the Company, which is also proving significant in the development of arguably its main service offering on the continent.

Airtel Money’s success across Africa epitomises its role as a ‘borderless’ company more than any other, currently boasting a customer base of 6.2 million as of March 2015, a staggering 76 percent rise from March 2014.

The concept behind Airtel Money’s success is the interconnectivity that can be achieved across countries, offering international transfers in the DRC, Rwanda and Zambia initially. Niger has now joined this elite club though – which allows the payment of remittances – while also being connected to MFS Africa’s Money Transfer Hub which will allow customers in Niger to transfer money between their own domain and MTN subsidiaries in Benin and the Ivory Coast.

“This offering will raise the level of convenience in cross-border payments across the four countries with a wide Airtel Money agency network and a highly competitive fee structure,” Airtel Africa’s Chief Executive Officer, Christian de Faira explained in an announcement at the time.

“This will facilitate remittances and trade across the region,” he added.

Bridging the gap also to Orange, Safaricom and Vodafone through MFS Africa’s 50 million mobile wallet user hub, the convenience for Airtel customers in Niger as a consequence of its inclusions will be revolutionary in terms of saving people money.

“The MFS Africa Hub has emerged in the past year as a leading mobile money hub both in terms of footprint and adequacy of the offering to African customers,” said Chidi Okpala, Director of Airtel Money at Airtel Africa. “It is an ideal solution for our more than 35 million Airtel Money registered customers to send and receive money across borders within Africa and to receive money from overseas.”

Dare Okoudjou, founder and CEO of MFS Africa added: “Airtel is a major player in the African telecommunication space, and we are excited to work with them to open low-cost, convenient mobile remittance corridors.

“Airtel Money users can now send money to loved ones and business partners in other African countries at a fraction of current costs; this marks a significant step towards our goal of reducing intra-African remittance costs to a single-digit rate.”

Furthering this cross-border collaboration is Niger’s inclusion as part of ‘One Network’ which allows Airtel customers to use the Airtel service in a number of countries at the same price as in their local network, with all incoming calls free of charge.

Not just limited to Africa, this intercontinental initiative is further evidence of Airtel Niger’s scope as it looks to improve the Nigerien market even more; a drive that has also been emphasised in 2015 by another international partnership.

February’s unveiling of Ericsson as the Company’s vendor for exclusive 3G high-speed packet access (HSPA) end-to-end hardware, software, and peripheral services is subsequently poised to deliver higher speeds of mobile broadband than the country has ever seen before.

Airtel and Ericsson have a longstanding relationship on the continent, and even in Niger, but this enhanced customer offering is set to be a game-changer in a market infrastructure that the former has gone to great lengths in developing.

“Mobile broadband is playing an increasingly important role in our daily lives. It is changing the way we are entertained, educated, work and share information. It also has the power to improve the quality of our lives. We are excited to have been chosen by Airtel to bring this new opportunity to the market,” Messe Kone, Ericsson Niger’s Country Manager emphasised back in February.

Raymond Mendy, Airtel Niger’s CEO added: “3G was a must in our strategy in Niger where data penetration is still very low.

“As a leader in Niger’s telecoms market, Airtel’s ambition is to bring innovative data products and services that will help people and businesses unlock their potential.

“Internet connections will never be the same with Airtel 3G service.”