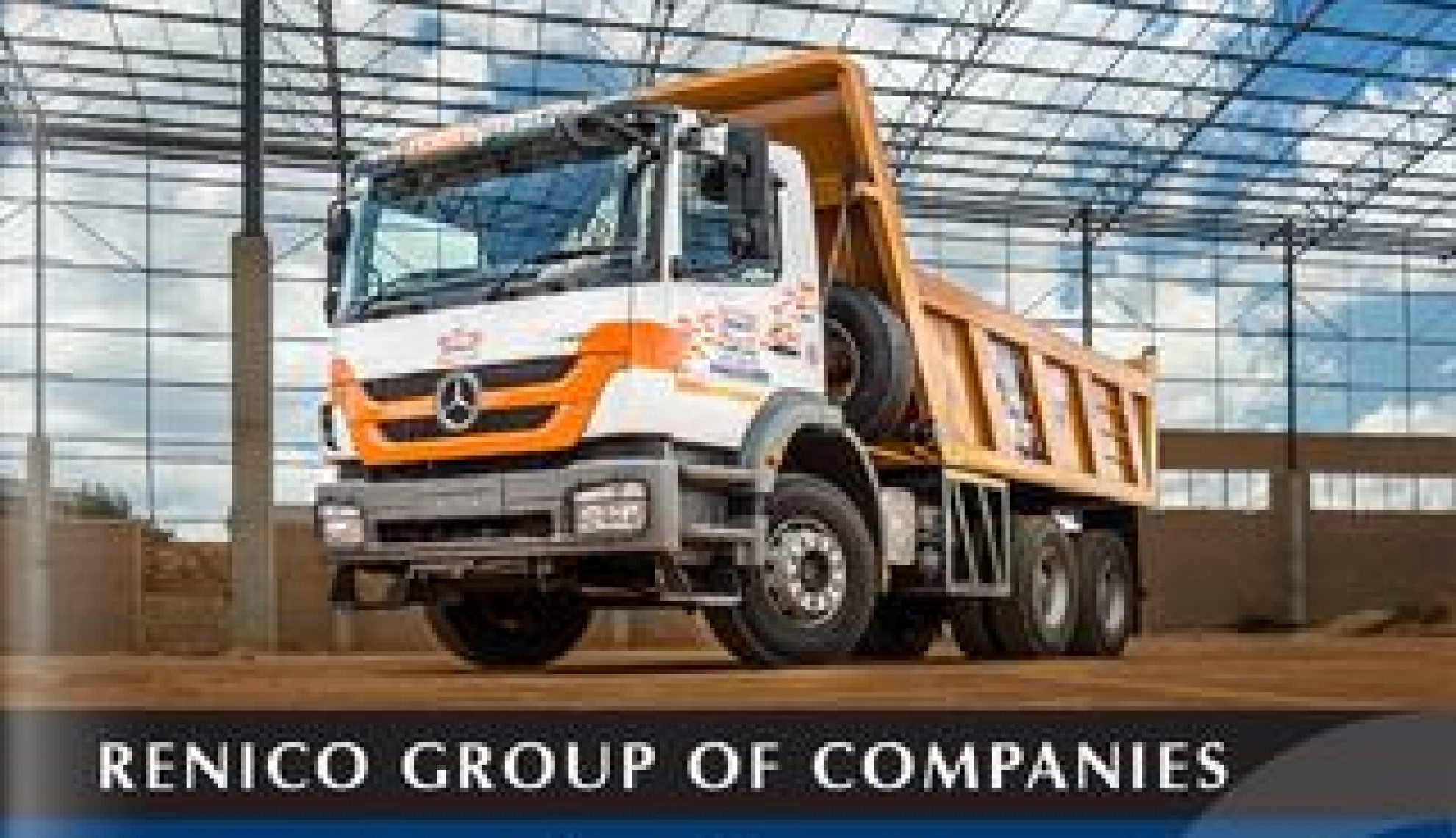 Under the forward-thinking leadership of Nico Louw, the Renico Group of Companies (Renico) – including Renico Plant Hire, Renico Construction, Renico Quarrying & Crushing and Renico Earthworks & Civils – have been at the forefront of earthmoving equipment hire in South Africa since inception in 1998. With a fleet consisting of more than 300 pieces of large earthmoving equipment including; tractor loader backhoes (TLBs), crushers, excavators, loaders, tippers and other construction-related vehicles, Renico strives to be recognised in the industry as the premier plant hire company in the northwest area of Johannesburg.

“TLBs are the most sought after piece of equipment by the construction industry. As such, Renico Plant Hire procured an additional 16 brand new CASE 570T’s in January of this year, bringing the total fleet to more than 40; making us owners of one of the biggest TLB fleet owners in South Africa,” the Group said in a recent interview.

With standout company features including a fanatical concern for customer’s needs and in depth expertise from management right through the supply chain, Renico demonstrates its operational excellence and willingness to work with industry professionals to help support the completion of a high quality end product.

“Equipment is deployed on various sites not only in the Reef, but we have now enhanced presence in at least four other provinces around the country at any given time,” highlighted the Company. The Group works with a wide range of clients, from large construction companies to small businesses who receive a tailored, end-to-end solution matched to their individual needs.

Working on projects across the commercial, industrial, hospitality, civil construction, mining and other key construction areas, Renico is able to leverage its geographic position and attend to any unforeseen challenges or needs that may arise in the field. By establishing long-term relationships with internationally renowned equipment brands including CASE, MAN and Mercedes-Benz, the Company promotes high productivity levels throughout all its projects, embracing change as an opportunity.

Renico has its own fully-equipped and well staffed workshop which is capable of carrying out all of its own maintenance and repairs, a trait which comes in handy in terms of cost-saving. “Additionally, every machine is run through a comprehensive checking process before being sent out to customers or used on site for contract work, thus ensuring a minimum of downtime to any hirer or project,” said the Company.

With the Toyota DA range becoming obsolete in its quarrying ventures, Renico has recently secured a new 6m3 tipper supplier for rubble removal on sites that cannot accommodate the larger 10m3 trucks. “Our close alliance with Nico Kriek of the Stormill branch of Sandown Motors – the agents for our Mercedes-Benz and FUSO trucks – made our buying decisions much easier, and within a week we had made the decision to replace all the DA116 Toyota’s with new FUSO FM16-270 chassis cabs, fitted with the 6m3 bins.”

Over the past 24 months, Renico has taken delivery for 13 of these tippers, two of which were also fitted with 6,000 litre water bowsers, which are used extensively by civil contractors on smaller parking lots, paving and infrastructure work.

Due to an increased demand for earthworks contractors in Gauteng, Renico formed its own separate division to cater for this demand in 2014. Aptly named Renico Earthworks & Civils, the division was quickly awarded 11 new large scale earthwork tenders, while at the same time undertaking in excess of 20,225m2 of new earthwork platforms for Renico Construction on a monthly basis. “To cope with this demand, not only are reliable and competent people required, but so are reliable earthmoving machines. We have spent years researching the field thoroughly, considering all options before purchasing a grader fleet to meet the needs of the Earthworks & Civils Company,” explained the Group.

Graders are the core of any earthmoving, platform, road building or parking lot development and after much deliberation, CSE was chosen as Renico’s supplier. “CSE put together an excellent offering on their new 885B Graders, proving to be user friendly and more fuel efficient than some of their competitors.

“We had purchased and used hundreds of pieces of earthmoving equipment from CSE in Isando previously as they are our local CASE dealer, and Renico has really enjoyed the ongoing support of the CSE management team,” added the Group.

Four 885B CASE Graders were delivered to Renico’s Earthworks & Civils Company in March of this year and the machines have been making an impact in Gauteng as the first to become available in the rental market.

“We are excited to extend our CASE machine offering going forward, and believe the new CASE 885B graders will become a stalwart member of our fleet, in the same way that the Case TLB’s have done over the years,” commented Renico Group CEO, Nico Louw.

Completion of its ‘Zero Harm’ objective has fortified Renico’s industry-leading position throughout all its divisions, which is something the Group is extremely proud of: “Supervisors and management ensure that safety is not compromised under any circumstances by taking responsibility for employee safety. Leading by example, we encourage positive safety behaviour and discourage negative behaviour through the application of a zero tolerance policy towards non-compliance with safety standards.”

Through its focus on an employee wellness strategy and by forging fruitful local partnerships, Renico is embracing the needs of a changing industry; showing a willingness to diversify its offering via a commitment to encourage the continuous review and improvement of its operations. “Through stretching our reach by setting aggressive expansion goals, we have been rewarded with growth and increased business across all divisions. We see change as an opportunity and not a threat; an attitude which has proven beneficial to securing the Company’s future in South Africa,” the Group concluded.