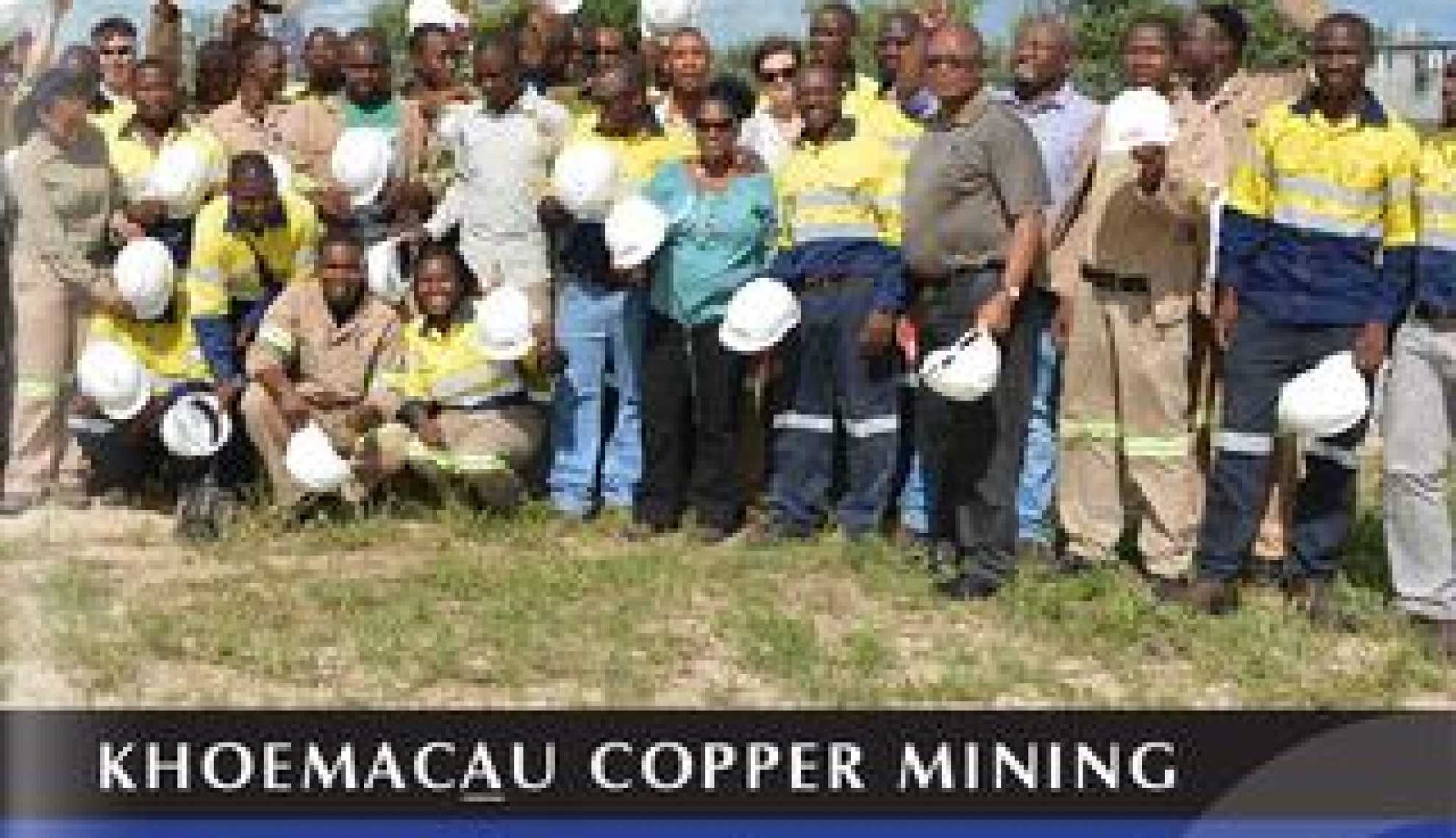 Botswana’s Hills of the People

Johannes Tsimako, Regional Manager of Khoemacau Copper Mining (Pty) Ltd is confident that  the company’s work in Botswana will enhance infrastructures in the northwest of the country

Khoemacau Copper Mining (Pty) Ltd (Khoemacau) has successfully completed 70,000 metres of infill drilling at its northeast Fold and Zone 5 early in 2014. Drilling continued at Zone 5 for the remainder of the year. Khoemacau then completed a feasibility study in July and subsequently applied for a mining licence in September 2014. With the hope to receive its mining licence any day now, the company is excited to begin the construction phase of its ventures in Botswana.

Known for its conducive work environment and huge deposits of copper along the Kalahari Copperbelt, Botswana is the highest-ranked jurisdiction on the African continent when it comes to mining and exploration projects. Ranking 17th in a global survey in 2014, the country was commended for its attitude to work, reasonable approvals process and firm grasp of regulations.

Johannes Tsimako, Regional Manager of Khoemacau believes Botswana operates a pro-mining culture that recognises the infrastructural benefits that the industry can bring to the country’s economy.

“There aren’t a lot of mines in the northwest region of Botswana, which makes Khoemacau a crucial component in the development of the region. The benefits to the local communities stretch from power and communications infrastructure to skills development. This is part of our parent company’s philosophy,” he says.

Previously known as Hana Ghanzi Copper Pty Ltd, Khoemacau is a subsidiary of Cupric Canyon Capital (Cupric) a group whose primary source of equity capital is Barclays’ Natural Resource Investments, a division of Barclays Bank. The Group is focused on assisting in the advancement of mining projects in underdeveloped areas, working alongside teams throughout the development, construction and operation stages. The parent company brings decades of experience to the Kalahari Copperbelt in order to establish world-class copper assets.

The project was given a locally-themed name in March 2013, when Khoemacau undertook a full feasibility study which was followed by a submission for a mining license in September of last year. This name was earned from the school children of Kuke Primary School, who dubbed the mine “Khoemacau”, meaning “the hills of the people”. The name encompasses the physical features of both the Ghanzi and Ngamiland Districts and in essence, means that the mine will improve peoples’ lives by creating employment opportunities, businesses and bring development to the nearby villages and the country at large.

“It was a great honour to have the local children provide the name of our project, as they will be the generation that benefit over the course of the mine’s life,” says Tsimako.

Cupric brings a wealth of mining experience and technical competence, and is a well-trusted and reputable name in the business. As a privately owned company not listed on the stock exchange, Cupric work on many other developments along the copperbelt and take part in several joint ventures including Eiseb, a project in the exploration phase, in Namibia.

With initial operations to be focussed underground, it is predicted that Khoemacau will yield at least 50,000 tonnes of contained copper per annum which will be primarily exported to other countries as a copper/silver concentrate.

“After construction of the mine and facilities has taken place throughout 2016 and 2017, we hope to be in commission by the third quarter of 2017. As such, our intention is to assure ramp-up of our production rate with only world class contractors at our side from the start,” says Tsimako.

After drilling to a depth of 1,200 metres, there is plenty of potential for further exploration as Tsimako confirms: “At present, we have identified that the mine has an estimated lifespan of 20 years, however other deposits on our prospecting licence areas have huge potential to develop further in the future as it seems we have only scratched the surface.”

For 2015, drilling will continue on the prospecting licence areas, with the focus still being on Zone 5. It is anticipated that there could be up to 25 drilling rigs on the Khoemacau sites for the year.

Progress does not come without challenge for Khoemacau as operating in the northwest region of Botswana presents the issue of a lack of reliable source of power. “A mine needs a steady supply of power and water in order to function, both in terms of production and health and safety reasons. Careful planning in this area is being undertaken to ensure that we have the right funds set aside to tackle this,” says Tsimako.

Once in operation the mine will be looking to hire more people on a permanent basis in the region via a three-pronged recruitment drive as Tsimako explains: “We look for the right staff on a regional, national and international basis in order to achieve an appropriate balance of both upskilling local people and bringing in the right competencies from overseas to complement this.

“By bringing expats to work underground, we intend to address the local skills gap in Botswana.”

In terms of regional recruitment, Khoemacau has taken on the task of registering how many job seekers there are per village in order to gauge just how big the impact will be on local employment.

“We have registered job seekers in the North West and Ghanzi districts through our newly established HR department to ensure we have all the correct policies and procedures in place,” explains Tsimako.

In terms of underground mining skills, expatriates will provide training to personnel using rapid training techniques such as simulators and other facilities with the aim of a full operating skills transfer within six to eight years.

In addition to its strategic recruitment drive, Khoemacau is a proud member of the Botswana Chamber of Mines, which provides the project with the backing to develop a safe and efficient mine.

“The Chamber of Mines bridges the gap from the government to the industry, allowing us to operate in line with, and keep abreast of industry regulations,” adds Tsimako.

Moreover, the mine demonstrates a clear understanding on the importance of a comprehensive health and safety policy. Even before construction begins later this year, the site already has a risk manager, its own doctor and two nurses.

First and foremost, Khoemacau seek to change the livelihood of the people of Botswana via its mining activities, and Tsimako is fully invested in this idea, taking part in ongoing corporate social investment projects and identifying how best to take part in local activities.

Providing water to nearby villages, working with the district councils to discover the needs of local people, donating prizes to local schools and investing in the education of Batswana citizens are just some of the key areas the organisation provides support in.

“Cupric has helped us to achieve our long term vision and focus for the mine. With a good team behind us and a mutual understanding of where we want to take the project, we are confident that our positive impact on the economy and local infrastructures will be fruitful for everyone,” Tsimako concludes.