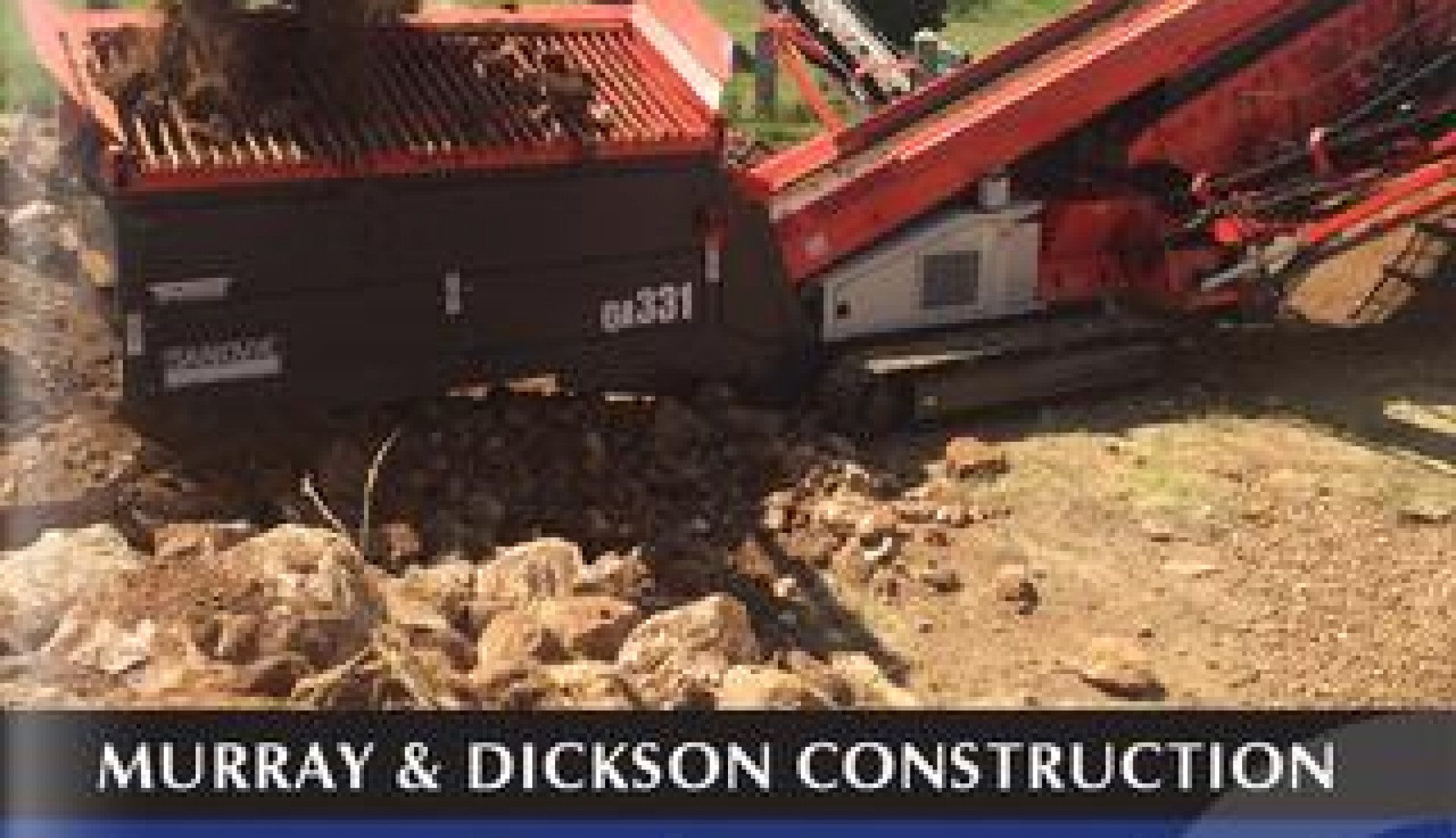 Murray & Dickson’s new motto, ‘Grow with Us’, is garnering fresh impetus into an already successful expansion drive which has incorporated not only improvements to its offering, but a larger, more skilled workforce

Murray & Dickson Construction (M&D) has managed to grow above the industry average over the past two years; capitalising on, and even surpassing, the generally lucrative increase in construction activity being seen across the region.

The company’s target 18 months ago was to not only build turnover and profitability, but to also embed a stronger core of sustainability within the business to promote even more future growth.

This strategy has reaped dividends for the medium sized construction company who has also leveraged its key differentiator in recent years of producing a diverse offering of services in excess of some of its larger competitors in the market.

“This allows us to respond to our clients’ needs no matter what construction discipline they fall under,” explains Murray & Dickson’s Chief Executive Officer, Rukesh Raghubir. “Each division within the company is run independently of the others, with its own skills set. This results in focused teams delivering on the various services. It also maintains the close-nit fabric that is characteristic of smaller companies.

“Our targets were aided by a pick-up in general construction activity in the industry, however, M&D managed to double its turnover in the interim, which indicates significant growth in market share.”

Moving forward, the aim for the company is to now consolidate the management that has grown alongside its turnover growth, while always remaining innovative and on the look-out for new opportunities.

This proactive approach to innovation and never resting on its laurels currently incorporates plans to make a concerted move into the oil and gas pipeline industry.

“Our core services remain building construction, civil engineering and large diameter steel pipelines, but the Group has recently embarked on developing its offering in roads and earthworks and has won tenders in the oil and gas pipeline industry,” notes Raghubir.

To complement this diversification, the company is also enjoying a footprint expansion, replicating its quality building division operations from Gauteng to the Northern Cape and Limpopo also. Even in areas where engineering works are not currently being undertaken by the company, M&D still tenders actively in these remaining provinces, ensuring its nationwide influence.

Arguably the most significant increase within the company’s repertoire though, is the expansion of its earthmoving fleet, as Raghubir explains: “The earthmoving fleet of the company has increased considerably, both in size and in quality of equipment. We have also increased our plant workshop facilities and have built a factory where we manufacture the large pipe fittings required on our pipe contracts.

“This has not only given us a financial edge on contracts, but has allowed us to have control over the programmed supply of fittings to site.”

Khula Nathi (Grow with Us)

In addition to its operational investments and proactive upgrades, the business has always been equally forthcoming in improving the internal structure of the company; its recent increase of office space to accommodate its larger workforce of professional and estimating staff indicative of this continuous improvement strategy.

At senior level, M&D has made key appointments in areas of quantity surveying, civil and mechanical engineering, and safety & quality management to add vital skills to the general expansion drive.

“We have, in addition, set up an HR department to ensure that the needs of our increased staff are adequately addressed,” notes Raghubir.

This all falls under the business’s new core motto, ‘Khula Nathi’, meaning ‘Grow with Us’; ensuring that there is a family feel within the company conducive not only to developing its staff – which has always been a pivotal aspect of the M&D business model – but also in regards to cementing suitable and sustainable business partnerships in the process.

Raghubir continues: “All of our contracts in outlying areas require the employment and development of local personnel. This can be challenging as the skills are often not present and we, therefore, have a skills training programme on the project if it is of sufficient duration.

“It also makes sense to develop strong ties with sub-contractors and clients so we have made great strides in developing relationships with some of the larger water authorities as well as the universities.”

Internally, M&D has also increased the size of its buying department and introduced a new requisition system which feeds into the contract manager and then into all accounting structures and cost reports, as part of its supply chain management strategy.

“We have always developed relationships with reliable sub-contractors and believe that this is crucial to achieving our desired quality standards and construction programmes. We actively develop enterprise development partners and again believe that this offers symbiotic advantages,” Raghubir adds.

This level of commitment to enriching the surrounding areas to which the company operates is also seen through the company’s corporate social responsibility (CSR) efforts, which have included the development of a soccer field for a local college; the contribution of 10 percent of its contract value to a nearby school including the construction of an additional classroom; the renovation of a building in Hillbrow for abused women and children; the provision of structural bases, plinths and earthworks for the water reservoir storage in a local hospital; and a more recent sponsoring of three undergraduates at WITS University, with the option to then employ the individuals upon graduation.

Back within the confines of Murray & Dickson though, the same dedication to improvement and bettering lives is paid through its stringent health and safety initiatives which is currently being emphasised by the roll-out of its ISO programme.

Raghubir explains: “We have recently beefed up our SHERQ department and are rolling out the implementation of ISO 9001, ISO 14001 and ISO 18001. This process and the safety and quality management that it engenders will, in itself, improve the efficiency within the organisation.

“We have also developed our own cost reporting software which is not as cumbersome as some of the off-the-shelf offerings. This allows us to critically analyse the areas of cost concern and to respond rapidly to deviations from our allowables.”

Combining these improvements to the internal structure of M&D with the aforementioned business expansion and enhanced service offerings, the company is now in a prime position to strengthen its market share even further in the future; a prospect which Raghubir and the M&D team are confident in achieving despite regional and industry challenges.

He concludes: “We remain positive about the future but have to be aware of the economic and political headwinds facing the country, which are capable of very quickly eradicating any improvement seen over the last couple of years.

“We believe, however, that our diverse skills and services will insulate us from such an outcome.”