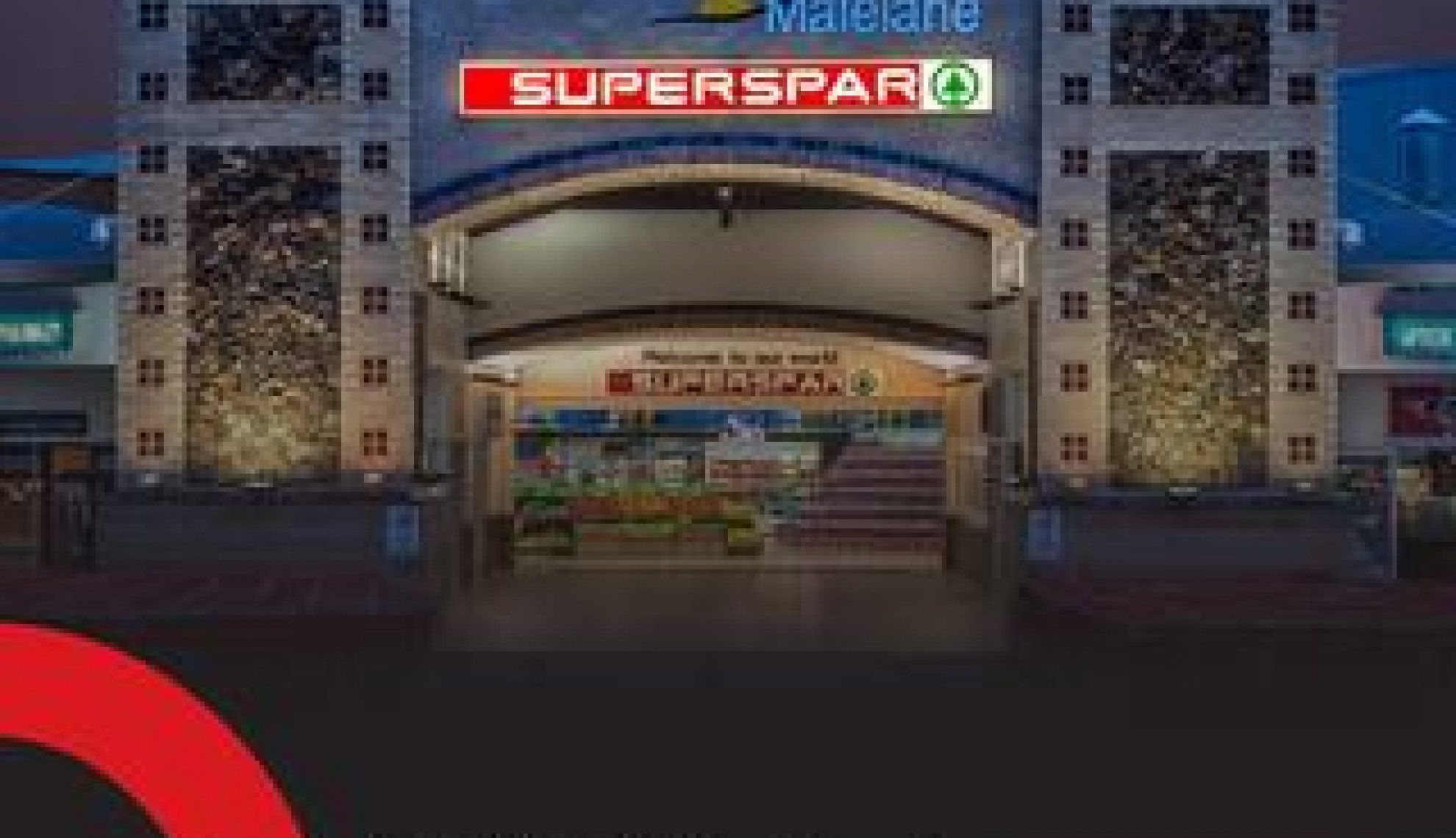 The Beating Heart of Spar


SPAR Lowveld is one of the six main distribution centres for SPAR South Africa, one of the biggest supermarket chains in Southern Africa. SPAR Lowveld offers a full range of services to: 29 SPAR stores, 18 SUPERSPAR’S, 27 Tops liquor stores, 11 Savemor stores, and 2 pharmacies in South Africa’s Lowveld region, ranging from Komati in the east of the region, to Carolina in the west, and Phalaborwa in the north, as well as in Swaziland and Mozambique. These services include a full marketing function (buying of grocery items at competitive prices which are then passed on to the stores themselves), advertising and promotions, retail operations management advice (include in-depth financial advice and services), store development assistance and logistical services. The objective of SPAR Lowveld is to put independent small, medium and large retailers in a position to compete with the major chains, as well as dominate the convenience markets. Whilst their core businesses are is product procurement, warehousing and distribution services, they exist to service independent retailers operating under one of the SPAR banners. Their focus is the development and support of these independent retailers to be the best operators in the markets they serve in terms of retail offering, exceptional customer service, and meaningful community involvement.

Rob De Vos, Divisional Managing Director for SPAR Lowveld division, states that although Lowveld is the smallest of the six SPAR divisions, it does not stop them expanding their market where possible, as long as it is strategically viable: “When it comes to bringing the SPAR brand to new regions, we do not just walk into a new area and set up shop. We spend a great deal of time strategically looking at the best locations and places where the SPAR brand can flourish, and of course sourcing suitable store owners.”

In 2009, SPAR Lowveld moved into Mozambique and by December, began to distribute goods to their flagship store. Now, SPAR has three stores, all of which have been well received, so much so that SPAR plans to open an additional five stores in Mozambique over the next two years.

Cross Border Challenges
When it comes to expanding a business across country borders, challenges do arise that may have long term impacts on the viability and success of company expansion. Even though Mozambique borders with South Africa and the two countries have a good relationship, SPAR Lowveld have had to negotiate several key challenges both in logistical and social terms, in order to create a new network in-country. Lowveld distribution centre is only 180km from their current stores in Mozambique, and this has made transporting goods into the country more viable. Mozambique as a country is going through a phase of infrastructure rebuilding, including the repair, upgrade and new development of roads, and this has assisted in terms of logistical operations. “We found there was a lot of red tape to traverse in order for us to open our first SPAR store in Mozambique, mostly concerning the transportation of goods across the Mozambique – South Africa Border. It has been a big learning curve for us, but when we look at what we have achieved after moving into the country, it was worth the early setbacks,” remarks De Vos.

“All of our store owners in Mozambique are natives to the country and we think this is very important to the success we have seen over the last 12-18 months in the region. With native owners and managers, we already have a degree of understanding of what products and requirements would be needed. Local knowledge plays a massively important part in our stores as does being able to comply with laws, legislation, procedures and different systems which was something that was made that much smoother by tapping into the local expertise we had in terms of our business owners and their staff.”

Expansion
SPAR Lowveld has plans to develop their South African network by adding an additional eight new stores by the end of 2015. Furthermore, expansion into Mozambique is being regarded as a big success. As such, SPAR is looking to concentrate its focus on continuous improvement at locations which they are already present in, and the company is already looking at an additional five stores being opened in Mozambique by 2016/17.

One aspect of the SPAR brand that is currently being expanded is the Pharmacy at SPAR.
For the past 2 years, SPAR has been offering this time saving and convenient solution that is accessible to all. SPAR is one of the most trusted brands in Southern Africa and the new pharmacy offering compliments this attribute by providing quality medicines and products to care for the whole family. Although there are currently only two locations offering this service in Lowveld’s regional network, De Vos believes it is only a matter of time before more pharmacological locations are added: “With new additions to stores like the Pharmacy at SPAR being very well received and used by the consumers, I think it is only a matter of time before we double or even triple the number of SPAR pharmacy stores in the Lowveld region. “

Investing in Supply
Parallel to the ongoing investments being made at store level, SPAR has secured significant spending to develop their supply chain capabilities, expanding them where possible. “The introduction of warehouse management software, RF scanning and a more streamlined process has contributed hugely to improved performance at the Lowveld warehouse. We also see major advances in transportation with the application of scheduling and routing software and telemetrics. This results in considerable advances in service level and reduction in running costs and CO2 emissions. The investment has allowed for significant growth in the volume delivered to SPAR stores. This was achieved by increasing the capacity of the existing distribution centres and constructing new perishable facilities.”

SPAR Distribution Lowveld has a dedicated fleet of 26 multi-axle trucks at their disposal. A single lorry will service different stores across the distribution network, although with some stores over 300km away, the average stores serviced by one vehicle is two stores a day, with the full fleet operating virtually 24 hours a day, 365 days a year. “Another key area SPAR has been focusing on is the fresh produce and chilled goods and how we can ensure that the goods being transported from the distribution centre reach the stores in perfect condition. With the stores in Mozambique 180km away, the fleet of top end vehicles can deliver the goods from the warehouse without any loss of quality,” remarks De Vos.

The 21,000m2 warehouse at Lowveld distribution centre caters for 60% of retailer needs in terms of the products available. The remaining 40% is available direct from suppliers on a drop shipment status. Lowveld are involved in negotiating prices with drop shipment suppliers and also handle payment from stores to the suppliers as well. Taking both direct and indirect influence in the supply of goods to stores, Lowveld Distribution centre oversees about 85% of retailer needs from start to finish. “All told we look after about 85% of store product requirements. The remaining percent is normally made up of local suppliers such as dairy farmers or local producers selling their stock to their local SPAR shop. SPAR are always looking to work with local farmers and the local people to strengthen the bond between store and community,” highlights De Vos.

SPAR Success
The success seen by SPAR in Southern Africa has been something to behold. De Vos believes it is down to two key reasons: “The main reason behind the success we have seen can be put down to how powerful, well-known and loved the brand is in Southern Africa. Consumers really do vote with their money, and based on how many lorries we send out to stores, business is good. The second reason is business philosophy. SPAR stores are owned by independent business owners, who own and manage their businesses, and in most cases they live in the local communities; ideally placing them to be able to address key community issues and to develop an offering tailored to the particular community. This means you can opt to buy or develop a store and become a part of our success, bringing your own experience and marketing prowess as well.” SPAR have placed a lot of emphasis on leadership and support, by employing people to go out into the field and liaise with store managers and owners and build up strong, mutually beneficial relationships. Seeing the expansion into Mozambique as a sign of things to come, SPAR will look to not only cement their position as one of the top food and drink retail stores in Southern Africa, but retain the top spot for many years to come.