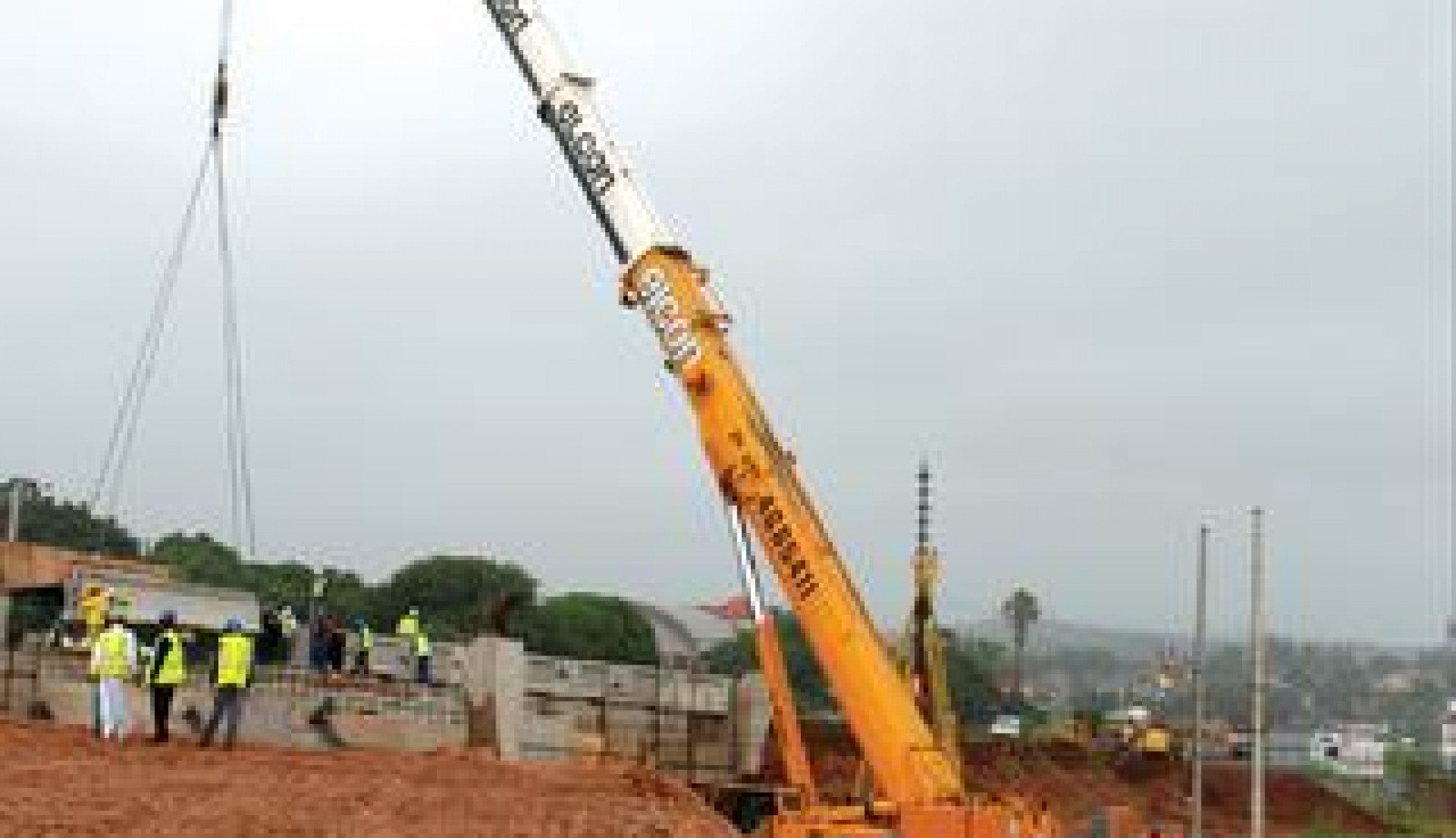 Successful couples don’t just make promises to each other; they commit. And commit to each other is exactly what Elcon Crane Hire and Anglo-V3 have done.

In 2012 Investec facilitated a transaction whereby Concord Cranes Ltd became the holding company of both entities.

It was a watershed moment.

“That’s right it was a big development,” says David Wilkinson, Elcon’s founder. “It all started really back in 2011 when we released an equity stake in the Elcon Group to Investec and this was followed in December 2012 with a merger between Elcon Crane Hire and Anglo-V3. We weren’t looking for a partner but negotiations took place whereby Investec, who had already decided to invest in Anglo-V3, wanted us to join and become part of a much larger network and of course we’ve always looked for new avenues to develop our business interest over a larger African footprint. We soon realised the future of the crane industry might be to have a bigger footprint in South Africa. It is still our intention today.”

Both Elcon and Anglo-V3 are longstanding participants in the South African crane hire industry and both have strong family histories.

They continue to trade under their individual branding and livery and are managed by the same management teams – Herman van Staden leading Anglo-V3 and David heading up operations at Elcon.

“Concord Cranes was previously called V3 Crane Hire which was the original holding company of the Anglo-V3 group, which included Phakamisa Crane Hire the BBBEE Company associated with Anglo-V3,” says Mr van Staden. “With the addition of Elcon Crane Hire to the group the decision was made to change the holding company name to a new ‘neutral’ name, Concord Cranes. The addition of Elcon has added an immediate presence and exposure for the group to the Durban and surroundings markets where Anglo-V3 previously has never been actively involved.”

It is expected that within the next 12 months that Mr Wilkinson’s son, Marcus, will assume CEO responsibilities for the Elcon trading leg. Marcus has co-managed the Elcon Group over the past seven years as commercial director and is presently working very closely with Mr van Staden and Anglo-V3 operations director Francois Smith on new ventures for the group.

“We’re excited by the future and I’m confident I’m leaving the business in good hands,” Wilkinson says. “This combining of resources into the market has many positive advantages for all our customers. This new group now offers our clients the strength and variety of 150 mobile cranes of different sizes and lifting capabilities and wider geographical coverage. This enhanced capacity will certainly be of interest to many industries around the country where some cranes are in short supply. To give you an example, access to the bigger fleet has assisted us in securing the Engen Refinery maintenance contract in Durban, serviced through Elcon, and Sasol in Secunda and PetroSA in Mossel Bay through Anglo-V3.”

The combination means Concord boasts a strong core and provides a platform for expansion into areas not yet covered geographically, Mr Wilkinson says.

“And we, of course, have the skills and experience in this industry, which isn’t an easy industry to get into,” he adds. “If you wanted to start a crane company off in South Africa you would need a large capital investment and a spread of six or seven cranes across the sizes because if you don’t have a basket of sizes to offer your clients you’re soon going to run out of capacity and then the client has got to go to an alternative supplier.”

Anglo-V3 Crane Hire has ten branches spread across Gauteng, the Free State, Western Cape, Eastern Cape and KZN, with its headquarters in Midrand. “Not a lot has changed since each entity is effectively trading separately as before,” Mr van Staden says. “The added back-up via fleet size and inhouse expertise including experiencehas benefitted both companies and has given the group more confidence in tackling bigger projects going forward. Financial stability, growth potential via a bigger client base and added fleet back-up are just a few of the benefits of the merger and we’ll be nationally more competitive in areas where we were not previously active.”

Elcon has a branch in Richards Bay and a head office in the Port of Durban.

“We service everywhere from Maputo down to East London,” Wilkinson explains. “Our clients already see the benefits of the bigger footprint.”

Concord Cranes boasts a fleet of over 150 mobile cranes throughout the range, from the smallest 7t capacity up to the 550t all terrain, and has worked itself into one of the “top three operators in the country,” he says.

Elcon Crane Hire was born from humble beginning in 1986 when Mr Wilkinson purchased the construction wing of Elgin Engineering.

“I was a consultant in the sugar industry in the early years for CG Smith, being involved in the refurbishment and building of all sugar mills north and south of Durban,” he says, recalling Elcon’s heritage. “One of the principle contractors on these sugar mills was a construction and manufacturing company called Elgin Engineering and I eventually joined Elgin to carry on a contract for them and re-manage their exposure into the sugar industry. During the course of this two-year contract I carried out the duties I was requested to do by the management and then I saw an opportunity to remove their construction division from the Elgin Group and I pursued and concluded a management buyout. That’s where Elcon was born. From there, and with many years of hard work, I’ve progressively built up the company, modernising aggressively up to and including 2012 when we became part of Concord.”

Going forward Mr Wilkinson is sure that the combined group will remain at the “cutting edge” of new crane technology and continue its commitment to customer service through strong business values and its core business principal of understanding the customers’ needs “holistically”.

“That’s absolutely vital and over the years we’ve invested in such technology,” he says. “For instance, we have cranes with bluetooth capabilities which enable the operator to utilise a portable terminal and walk around the machine during set up to ensure 100 percent safety.”

Over the past year Elcon has introduced four new machines to its fleet – three Liebherr all terrain cranes and a new Zoomlion 35t rough terrain machine. Anglo-V3 has purchased 12 machines, spread across various brands and applications.

The purchases were primarily driven by “clients increased demand for this size and type of machine,” Wilkinson says.

An ultra marathon runner and keen athlete, we believe his retirement certainly won’t hold him back. Mr Wilkinson can be proud of what he has built and we’re sure he’ll continue to play an active role in developing Concord.

“We’re excited by the future,” van Staden concludes. “Both companies are managed by entrepreneurial directors and our aim is to generically grow the group to one of the largest and best crane hire companies in Southern Africa, and in so doing ensure a strong financial stability to the benefit of its shareholders and loyal employees.”