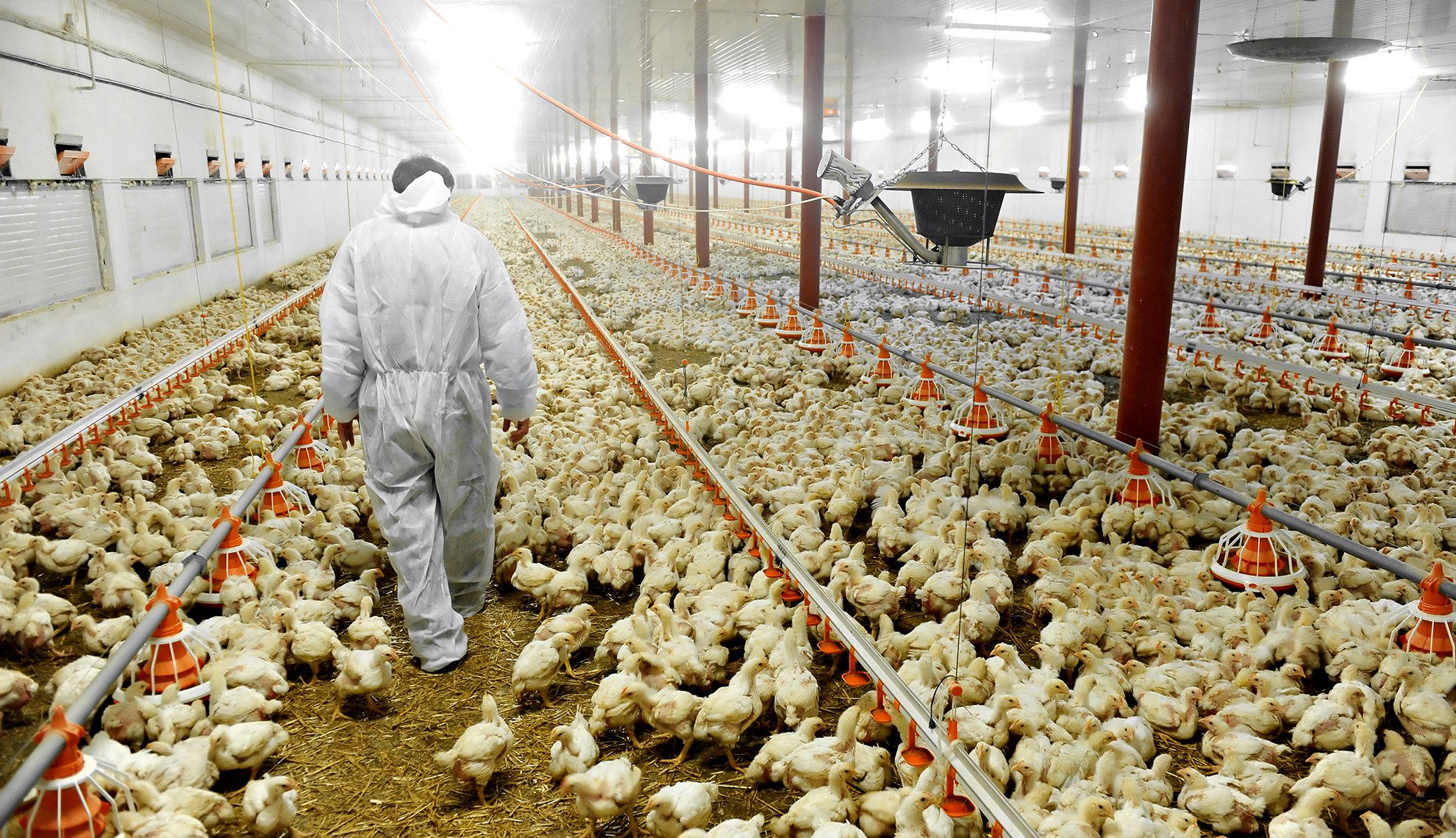 An introduction to Kenchic, Kenya’s leading poultry enterprise is part of an industry with huge potential to transform the country’s agricultural fortunes
Project Manager: Ben Weaver

The world is, undeniably, rearing and eating more and more meat.
In 2011 almost 300 million tonnes of meat were produced, a figure which is estimated to rise to around 465 million tonnes by the time we reach the midpoint of this century. And in the 40 years between 1977 and 2017, production tripled to 600 billion pounds, far outstripping population growth, which measured 81 percent during the same period.
Furthermore, approximately 70 billion domestic animals are raised for food consumption purposes every year, a process which accounts for a quarter of all water use in agriculture.
Meat production is then, in short, a massive business and critical source of nutrition for populations the world over.
According to the Food and Agriculture Organization of the United Nations (FAO), people in developing countries consume just over 70 pounds of meat annually; far less than the 176 pounds eaten by the average person in a developed nation.
Chicken is the second most popular meat consumed in the world, with 99.7 million tonnes consumed annually according to FAO figures (pork, the world’s most popular meat, stands at 121 million tonnes). In the USA, the average consumer eats some 43 kilos of poultry a year.
In Africa, poultry is an economical and vital source of protein for millions of people.

Take Kenya. Its huge agriculture sector accounts for around a quarter of the East African nation’s entire gross domestic product, and poultry in turn generates 30 percent of this revenue.
Chicken and eggs are staples of Kenyan diets, not least because of various health risks associated with red meat and restrictions on pork.
However, the sector has enormous potential to grow and develop. For example, most poultry production uses less productive breeds of hens, with other challenges including inadequate production information for smallholders, expensive feeds, unstructured markets for indigenous chicken, medication and low return on investment all barriers to growth.
Introducing Kenchic
Efficient, structured and knowledgeable poultry enterprises are therefore critical to realising the full potential of the Kenyan industry, and this is where vastly experienced companies such as Kenchic come in.
Commencing operations in 1983, Kenchic Limited’s main activity started out as the production of broiler and layer day old chicks. Over the years, the company has expanded its remit to include processed chicken and further processed products, directly helping to supply consumers with a valued source of nutrition for their diets.
Today, Kenchic is the leading producer of poultry in East and Central Africa. Its head office is in Nairobi, with the integrated poultry operation specialising in day-old chicks, processed chicken meat, smoked sausages, choma sausages and more.
Central to its extensive operations is strict adherence to bird welfare and standards, its practices not only conforming to Kenyan levels but those of the European Union and World Health Organization – important international examples which could serve as a template for the wider Kenyan poultry industry.
Indeed, Kenchic states that every aspect of its activities aligns to what it refers to as Farm to Fork, a quality guarantee made to its customers up and down the value chain.
This occurs in three key stages, the first being at the breeder farm level. The company’s multiple farms are home to the parent stock birds that are reared in a highly bio-secure environment – they are provisioned with high quality feed, housing, litter, utilities and veterinary services from a dedicated team who adhere to the highest standards of animal husbandry.
The second stage of the Farm to Fork process is the hatchery. This is where the eggs of parent stock birds are taken (in a fully traceable system), incubated and hatched over the course of a three-week period. Once hatched, the day-old chicks are either reared for meat on Kenchic broiler farms or sold to broiler, layer and Kenbro farmers for subsistence and commercial farming. Importantly, these chicks are vaccinated against lethal viral diseases such as gumboro, infectious bronchitis and Newcastle disease before leaving the hatchery site and arriving at farms.
The third and final stage of the process occurs at a Kenchic Poultry Center, dedicated one-stop shop sites scattered around Kenya which serve as important industry hubs for supplies and farmer support.
As well as locales where farmers can acquire day-old chicks, Poultry Centers also supply a full range of feeds, disinfectants, and rearing equipment. Each site has a dedicated full-time veterinary doctor registered by the Kenya Veterinary Board (KVB) to provide free technical advice to farmers and chicken post mortems.
The centres – located in Nairobi, Mombasa, Mtwapa, Kisumu, Nakuru, Nyeri, Meru, Ruiru, Ikinu and Ruai – also host weekly training and quarterly seminars to ensure farmers remain informed on the latest best practices.
A responsible partner
Realising its important role as a contributor to national and regional economy, Kenchic also makes it its business to operate in an open and transparent manner.
This centres around several key ethical values and what the company terms “an ingrained respect for people and for the communities we serve”, both on a social and environmental footing.
There are several examples of these principles in action, best shown by its extensive corporate social responsibility initiatives, activities which are chosen to deliver sustainable benefit to society writ large and have varied from education and sport to charitable donations over the years.
As the company and industry continues to develop, this responsible and caring approach to society will only continue to define a Kenchic legacy that has already endured over almost three decades.
By sticking to its values and dedication to quality, the next chapter in Kenchic and the Kenyan poultry industry appear to be in very safe hands.