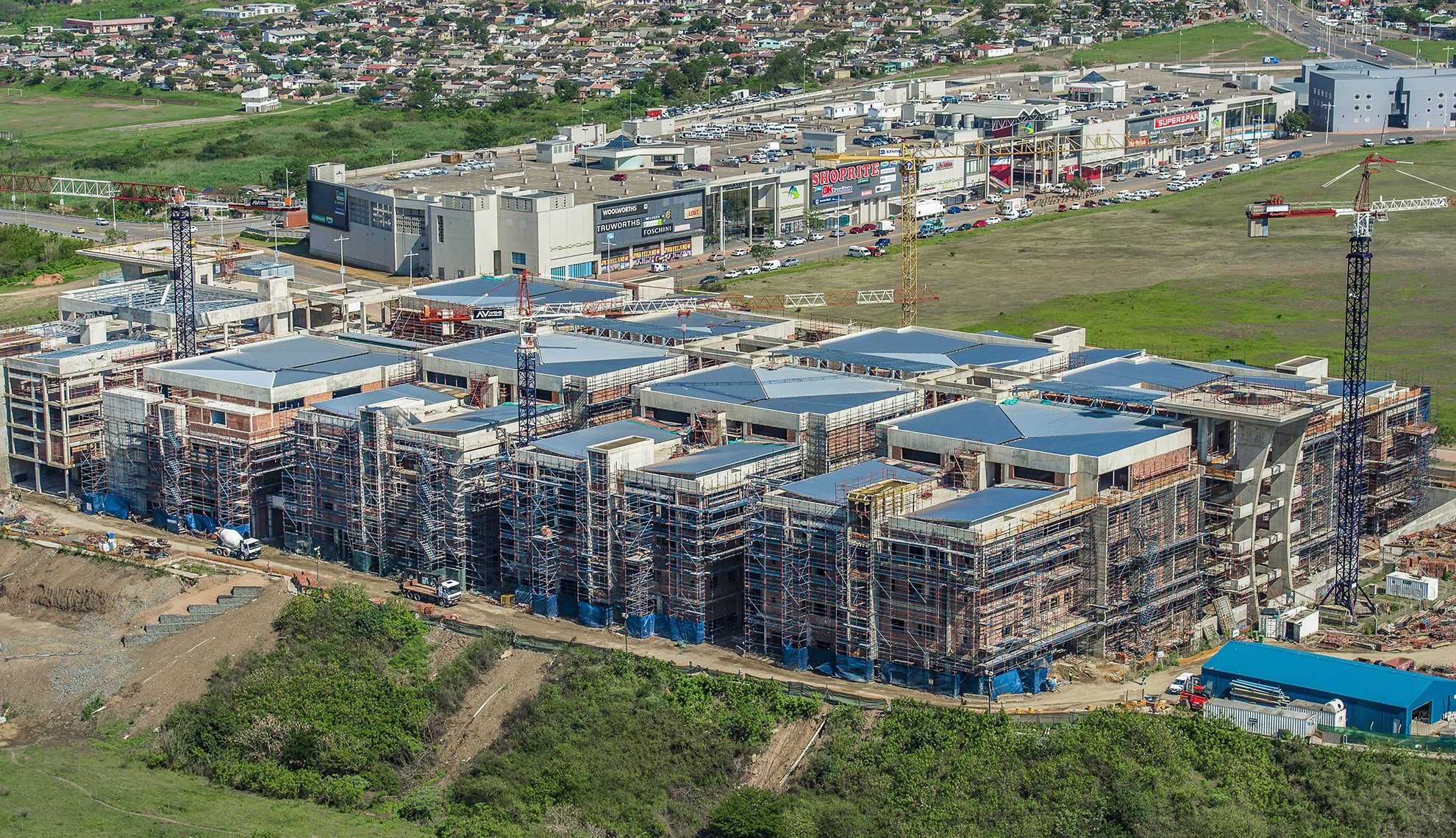 Despite operating in a difficult construction industry backdrop, Enza is making headway with a number of landmark projects, all the while contributing to black empowerment and social upliftment

South Africa, it seems, is starting to emerge from a turbulent period as far as its construction industry is concerned.

While the numbers both in terms of GDP and building sector forecasts may not appear game-changing on first glance, they are at least beginning to point in the right direction.

According to consultancy firm Mace, the country’s gross domestic product will grow by 1.5 percent in 2020, growth which will support South African constructors. The World Bank is less optimistic, cutting back its forecast to just under one percent because of ongoing electricity supply problems.

In terms of construction output, growth in South Africa is set to accelerate to 1.6 percent this year, up from the 0.9 percent seen in 2019.

Although this is still sluggish compared with the Sub-Saharan Africa regional average growth forecast of seven percent over the next two years, the figures still suggest that the sector is moving, albeit slowly, towards a healthier future.

Key to this, according to Mace’s report, is what the government does next. It identifies three priorities as central to any improvement being facilitated – rooting out corruption, modernising state-owned enterprises and convincing investors that the country is stable.

One company which has been and continues to be stable through a turbulent period is Enza Construction.

Headquartered in Sandton and with roots stretching back four decades, the company has been something of a stalwart for the industry, becoming known as Enza in 2003 when infrastructure opportunities were in abundant supply.

Its founder, Barry Crowie, started the enterprise in 1971 as a renovation specialist operating in and around Durban, before Rowan and Clinton Crowie joined the firm as trainees having graduated in construction management – it was their vision to build a company that would become renowned across the wider building industry for quality and integrity.

Today, Enza Construction can boast a management team who combined have more than 100 years of experience in the trade, a knowledge base which has proven invaluable in its rise and central to its ability to continue delivering on contracts with clients.

And such a claim is best demonstrated by showcasing Enza’s ongoing pipeline of projects.

A prime example is an ongoing R150 million development for premium food firm In2Food in Kempton Park, where Enza is building a new production facility. It comprises 19,000 square metres of fresh food factory space with a 3,000-square-metre office block. The facility will produce a wide range of premium fresh food products and will also be one of the largest fresh food factories in the southern hemisphere and on the African Continent.

In Tshwane, Enza is busy transforming the decades old Jakaranda Centre into a modern retail establishment designed to serve the surrounding areas of Rietfontein, Gezina and Waverley. The renovation will also include major upgrades to Toledo Apartments (a residential building of 55 units) which is adjoined to the mall.

Another important endeavour is the Middleburg District Hospital, located in the Steve Tshwete municipality of the Nkangala district.

This is a landmark project for Enza, for it is the company’s first level one district hospital to be awarded on a design and construct basis. It is being managed by Enza Plus, the firm’s design and construct division which specialises in synergising the two disciplines on single projects.

Once finished, the hospital will operate with a capacity of 220 beds and house a training centre, 600-seat auditorium, 332 beds for students and staff, and many other recreational facilities.

As well as constructing buildings, Enza also operates a civils division, a unit which takes on high quality projects to ensure a meaningful contribution towards the development of local communities within South Africa.

Indeed, it stands proudly as a Level 1 B-BBEE contributor and is 99 percent black-owned, of which 21 percent is black female-owned.

“Enza Construction supports diversity, and has adopted an all-embracing strategy to gain competitive advantage,” the company states. “This approach combines a philosophy of entrepreneurial thinking, good collaboration with stakeholders, and a commitment to harnessing the strengths of the team.”

“Through its proactive and positive approach to the issue of empowerment in South Africa, Enza Construction believes that its commitment to equality and empowerment will have far-reaching effects throughout its spheres of influence, contributing to the greater good through a shared philosophy.”

The company puts this into action by helping to improve the performance of up and coming contractors – through capacity building, mentoring and business coaching, and encouraging increased participation of women across the construction field.

Such an attitude is reflected in Enza’s involvement in the wider communities it serves.

For instance, each project is supported by an empowerment agent, backed up by a dynamic team of human capital specialists concentrating on transformation, organisational development, change management, recruitment, and legislative compliance.

Empowerment agents also work closely with client liaison officers who are appointed by the local community, the two parties working closely on joint goals for the project, covering areas such as employment, education and sustainability. Companies within the local community are also identified, to ensure local subcontractor and supplier involvement on projects.

Beyond this, Enza sponsors a range of local organisations, from schools and day care centres to cricket clubs and hospices.

Maintaining such an altruistic approach to its business is important to Enza as the construction sector in South Africa enters a new phase of tentative growth.

While continuing to serve as a dependable partner on both ongoing and new developments across the length and breadth of the country, the company states a greater objective to its work: “More importantly, Enza believes that projects that translate into sustainable empowerment initiatives, with long term benefits to all partners, are the true measure of transformation.”