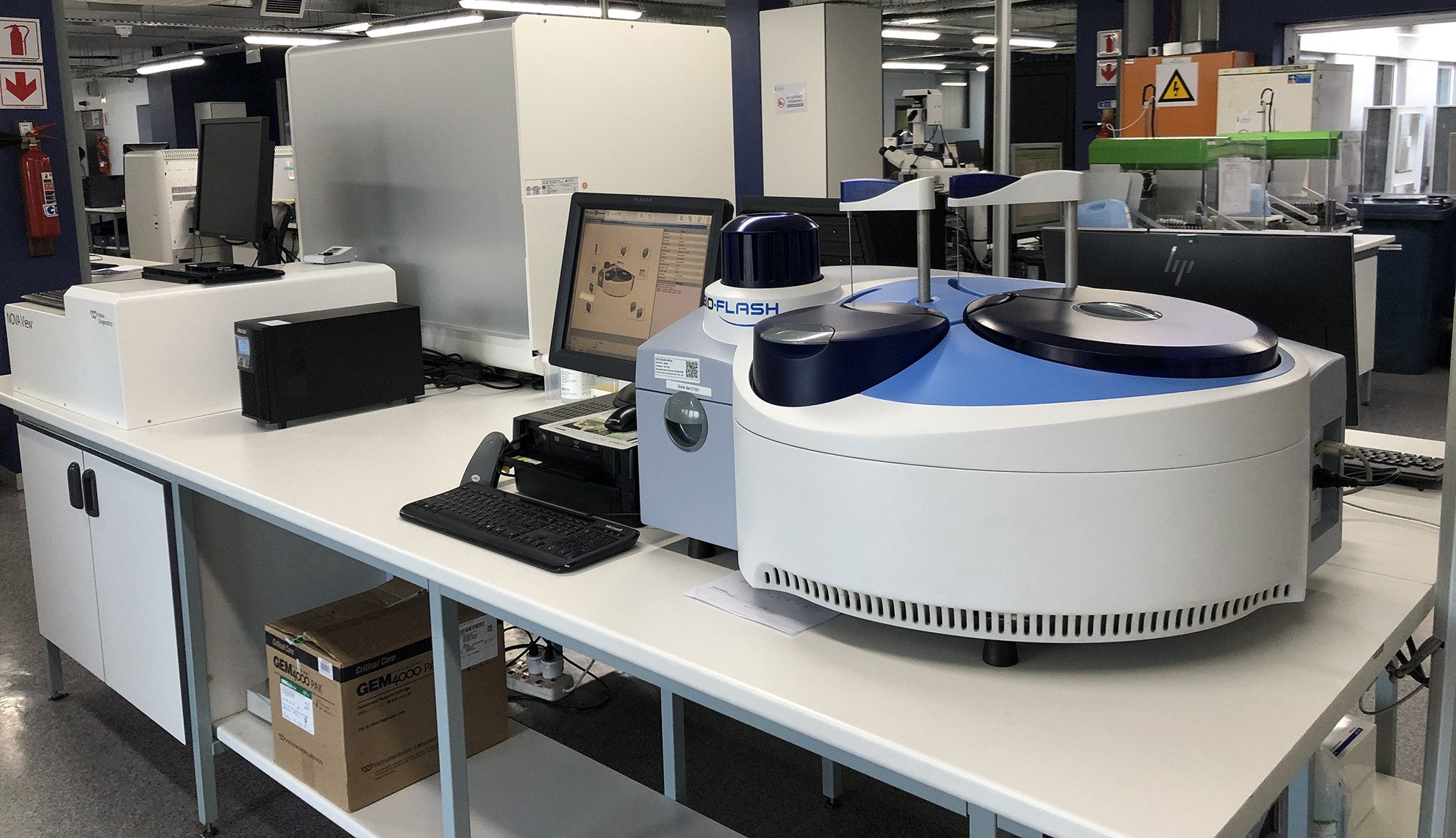 For ILEX South Africa, making a difference in people’s lives is the mission, while agile, patient-centric innovation is the solution

“As a kid I was always very interested in the medical field. My mother worked in the operating theatre for most of her life, and based on the stories that she told me I decided I wanted to explore the diagnostic and in vitro diagnostic device (IVD) field, with the aim of bettering the lives of patients.

“The difference one person can make at the end of the day is so motivating and inspiring – I would not change it for anything in the world.”

Albeit a vastly complex and highly skilled field of work, the medical sector is one primed for those with philanthropic tendencies.

In South Africa, the average life expectancy of citizens improved by an astounding 8.9 years between 2008 (54.7 years) and 2018 (63.6 years), owed to the commendable efforts of medical professionals, from the doctors on the ground to those innovating new, life-changing technologies.

The latter can be said of JC Stoltz, the voice behind the opening statement, who today stands as the Managing Director and General Manager of ILEX South Africa – one of the major suppliers of IVD products in the country, with a strong emphasis on blood banks, molecular diagnostics, critical care products and laboratory information systems.

“The main differentiator of ILEX is our dedication to the patient,” Stoltz affirms. “Patients are dependent on accurate and on-time diagnosis delivered by our instruments on a daily basis.

“We carefully select and design products which provide solutions and fulfil the needs of our customers and the market. Above all we strive to make a difference in people’s lives.”

A pillar of proactivity

In many ways, the organisation has been successful to this end.

The South African division, an entity in the ILEX group which has been 27 years in the making, has made numerous breakthroughs to the benefit of patients and practitioners alike over the years, maintaining the same vision throughout with its portfolio providing the proof thereof. The Panther –its blood screening and diagnostics platform – is but one example of this.

It is a fully automated molecular system used for the screening of blood donations for HIV-1, HIV-2, HepB and HepC or for various diagnostic molecular tests like HIV Viral Load, Human Papillomavirus, Hepatitis B/Hepatitis C Viral Load and other sexually transmitted diseases.

Blood transfusion screening, which is offered by ILEX South Africa, is one of the most sensitive methods to prevent potentially infected blood donations from causing infections in patients who have had a blood transfusion. “Most blood donations in our region go to mothers who have given birth, oncology patients and accident victims where the prevention of new infections is paramount,” Stoltz explains.

“This technology has been used since 2005 to screen all blood transfusions in South Africa and is now also being used in Namibia, eSwatini and Mauritius, and will soon be rolled out across Botswana.”

Alongside Panther, ILEX South Africa also offers Orsyx: [email protected], a powerful  laboratory information management system that helps meet the challenges of modern multi-disciplinary clinical laboratories, as well as iSpot – a solution facilitating the transportation of specimens across vast regions without the need for cold storage using a DBS sample.

“iSpot in particular has proven hugely successful in testing for early infant diagnosis of HIV, and the monitoring of infants on HIV anti-retrovirals,” the MD adds.

“Meanwhile, Inova, the only system in the African market to consolidate autoimmune results on one platform, and Blood Gas, a test measuring the amount of oxygen and carbon dioxide in the blood, are two of our other key products.”

The sheer breadth of solutions offered by the company is impressive, its portfolio having grown with the times as ILEX continually endeavours to meet the most pressing medical needs of patients across the continent.

And while past breakthroughs have continued to push the boundaries of the modern healthcare market, it is anticipated that the coming years will see innovation in the sector, once again, leap to new heights – an eventuality that both Stoltz and the ILEX South Africa team are more than prepared for.

“The most exciting part of our industry at the moment is the dawn of the fourth industrial revolution,” the MD reveals.

“It’s on our doorstep. The future is uncertain, albeit exciting, when it comes to cyber-physical systems with entirely new capabilities for both people and machines.

“Innovation will have a new definition! The rapid changes in technology will change the face of healthcare as we know it.”

Owing to company culture, adaptation and evolution at ILEX is a given, within this progressive environment. What is more important in the eyes of Stoltz, however, is how the firm will be able to maintain its customer-first approach while it navigates what is fast becoming a rapidly revolutionising space.

Striking this balance will be critical.

“Right now, our main investment and focus is in resources in order to support our growing customer base across the continent,” Stoltz states. “We continue to develop and upgrade our [email protected] software, and there is a continued focus on finding innovative solutions to challenges our customers and patients face.”

Likewise, committing time and funding to the coherent development of the company’s human resource base is equally a crucial part of this approach.

“We believe in education and value the contribution it brings,” Stoltz iterates.

“More than 80 percent of our staff are currently involved in formal and non-formal education. We allow engineering students to complete their 12-month practical with us, and we currently have one student that will complete his practical in December who has been offered permanent employment with us.

“For the last two years, we’ve also assisted visually impaired learners by upskilling them as they gear up to enter the job market.”

Playing a vital role in progress

As demonstrated by its commitment to employment efforts, giving back to local people is a huge part of ILEX South Africa’s overall remit.

Indeed, the company’s operations have had a huge impact on the country and the wider continent at large. The company’s role as a socioeconomic champion does not end here; it is also engaged in a broad corporate social responsibility strategy.

As part of this, the firm supports Rise Against Hunger – an international hunger relief organisation that distributes food and life-changing aid to the world’s most vulnerable – on an annual basis.

“Every year the entire company gets together to pack food parcels,” Stoltz affirms. “This year we packed 10,000 meals to support this worthy cause.

“We also back the SAME foundation which partners with hospitals and clinics to supply the equipment and infrastructure they need in order to service large communities.”

More recently, beginning in 2018, the company has been working in conjunction with Hologic and the Clinton Health Access Initiative on the launch of the Global Access Initiative, allowing for increased access to HIV-1 Viral Load testing in countries across Africa for patient monitoring.

One of ILEX’s key priorities for the coming year is the expansion of access to its HIV monitoring and diagnosis tools via its Panther systems.

“Increased access to and support of our Panther system specifically addresses the first and third goal, through increased access to HIV diagnosis and the subsequent monitoring of viral load suppression of people receiving anti-retroviral treatment.”

And while ILEX South Africa continues to play its part in bolstering the current healthcare environment, so too does the wider community and public sector – a source of great optimism in the eyes of the MD.

For this reason, he is able to conclude in buoyant fashion: “The arena is changing with the dawn of National Health Insurance (NHI) that will reshape healthcare and give equal access to healthcare to millions of people in need in South Africa.

“The ambitious nature of this project means it will require creativity, dedication and commitment from stakeholders in order to ensure it succeeds, however, we are ready for such commitment and we’re looking forward to being part of the solution.

“At this time in our country’s history, it is exciting to be able to make a meaningful contribution to the future of healthcare, both in South Africa and across the African continent.”