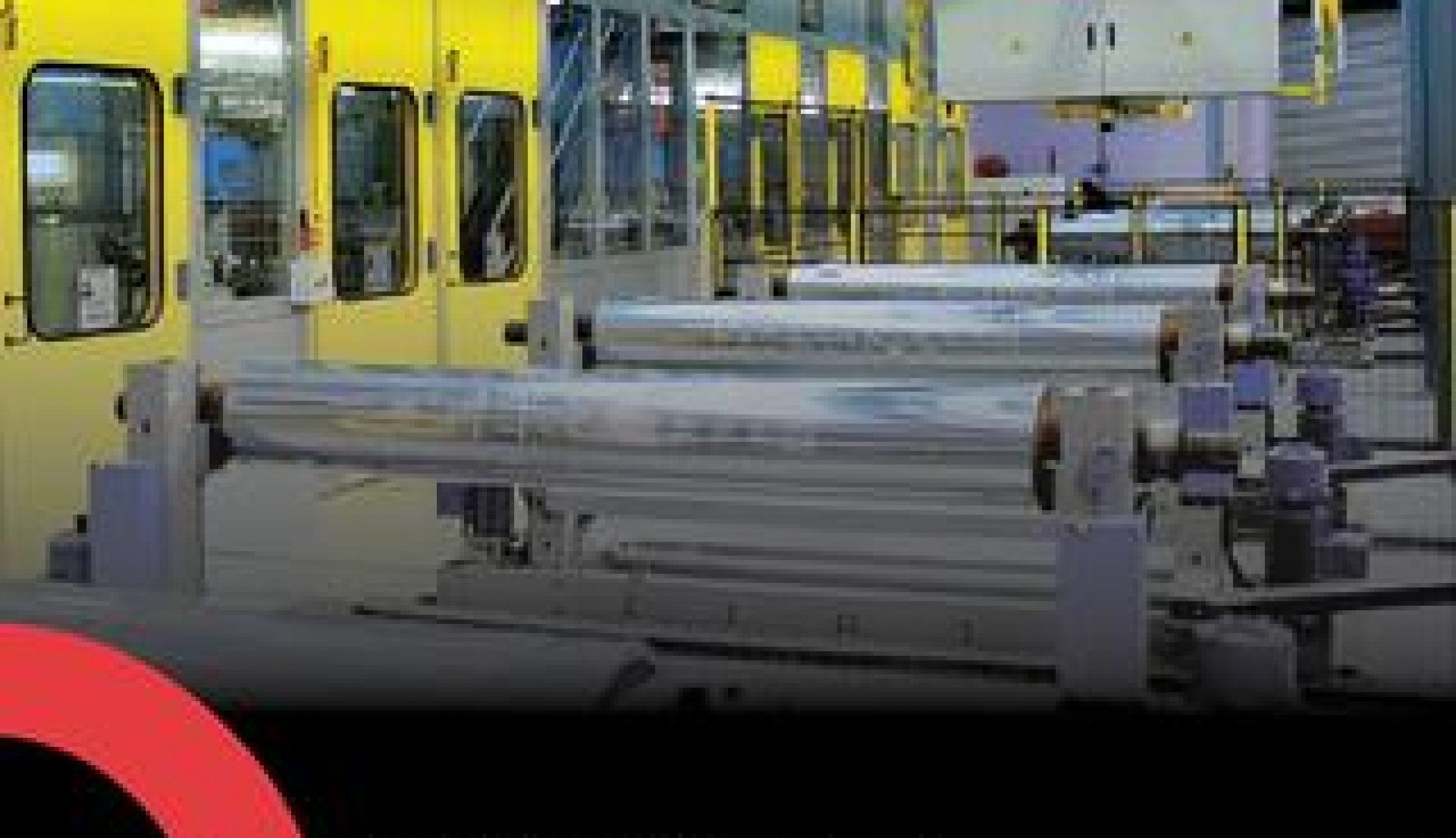 
With its roots going back to 1905, Paarl media has grown to become the most comprehensive commercial printing operation in africa, with an operational capacity of 500,000 tonnes of paper a year. What’s more is that the company has further extended their reach to include the international printing stage and are proud to be on par with international printing standards. This has only been possible thanks to a forward-thinking attitude and a quest to keep abreast of the latest technologies. “Through the implementation of faster, more advanced technology and highly efficient, fully automated production processes, we ensure our position as a single source for all printing requirements,” says group CEO, Stephen Van Der Walt. Consequently, the Paarl media group has seen steady growth per annum for the last decade, testament to their efforts to embrace the future.

Striking a Balance Between Old and New Tech
Whilst print media in Europe and the US is now considered a somewhat dated technology, Van Der walt identified Africa as an emerging market for print media: “It is different here in African countries, our markets are driven by democracy and literacy rates. Nigeria and DR Congo for example are relatively new to the democracy scene. With these new political processes comes an enormous requirement for print media to be prepared for elections, education, law libraries and so on. We find that a desire for literacy comes hand in hand with this. a lack of broadband and affordability of luxury goods such as tablets and computers currently limits the growth of the digital space. However, digital is sure to remain a key growth area, which is definitely playing a big role in where Paarl media is headed.”

Alongside this however, comes the need to always diversify in the face of future technology trends and advances, which Paarl media see as key to retaining their top position. over the last five years, the company has made substantial investments in technology and development, in turn enhancing existing business with capex spending. “In the market conditions of 2014, it is simply not enough to focus on our core printing business; although print media is still an important part of African media, the number of printed magazines and newspapers continue to steadily decline, following the western trend of digitisation, and so we must continue to reinvent the business.”

As such, Paarl Media’s geographical positioning opens itself up to the idea of amalgamating businesses that bear close relation to their core business. In other words, adopting what some may consider a vertical integration strategy, bringing all processes surrounding print media – such as distribution, logistics, management and even recycling materials – under the Paarl Media wing as Van Der Walt further explains: “I see this as a natural progression, particularly in terms of having our own logistics and a means to recycle our materials. Firstly, as most of our materials come from overseas and sometimes the final product is exported internationally, the Group heavily utilises freight logistics so this is a logical step for us. Some of our print materials go huge distances, to Rwanda for example. With the latest acquisition of Correll Tissue, this allows the Group to expand its manufacturing operations in the paper industry by harnessing the potential of waste paper – currently produced by the extensive printing operations of the Group – in the production of tissue paper. This vertical integration will result in significant value-add to the manufacturing processes by effective utilisation of waste paper generated by the printing operations.”

Further to this, considerations into operational costs has put more pressure on South African companies to create one large organisation that encompasses all; these major amalgamations that Paarl Media have undertaken ensure safe structures in the company. “Plus, we will make significant contributions in the long term to continue our investments,” reasons Van Der Walt.

Other facets of the business have experienced a number of challenges centred around economic factors including pressures on South Africa infrastructures, but Van Der Walt says the group tries to be as transparent as possible in the face of arising issues: “There has been extreme pressure from the South African people on what is an expected wage increase. As with any large business, every year presents challenges to ensure that you cover your costs; and those costs tend to also increase each year. At our busiest, we can have up to 4000 people in employment including seasonal workers. We emphasise training and continuous development as an employer of choice and truly value our workforce. The group supports the creation of job opportunities. This is done in conjunction with our academy and the bursary trust which we have established.”

Exposing Staff to New Skills
These different amalgamations are just a taste of the new technologies that Paarl media are developing. “Indeed, it must be noted that we view ourselves as a technologically advanced manufacturing company, which is always looking at improving internal skills to explore new methodologies that will allow us to decrease our long term reliance on printed publications.” Van Der Walt further divulged into the challenges centred around ensuring that the group has enough skilled workers in order to contend in the global market: “this is a challenge felt throughout Africa; not only to have the number of staff required, but also to retain skills and continuously enhance alongside the changing technologies we are implementing.” advantageously, Paarl media have established their own academy which boasts both a local and international qualification, the latter from the prestigious City of guilds London, UK. “We employ people with the sole purpose of writing the curriculum, which has changed our business and the industry significantly in ways we did not imagine. Not only did we use this to up-skill our present staff , we expose them to other skills in order to multi-skill them as well. Our courses drew the attention of external companies, and as a result our academy has become outward focused. Our time was clearly well spent!” Van Der Walt emphasises.

International and SA Clientele
In the wake of their academy success, it is evident that Paarl media is a true African company who has invested both time and money into their business’ research and development. a true testament to this is their printed product retail leaflets client base, which includes the likes of international giant Massmart (Walmart) and South Africa’s largest retailer, Checkers. Van Der Walt also highlighted the textbook sector, newspapers and the magazine market as three other key areas for business: “newspapers are a big market, but perhaps the fastest diminishing sector, with around 6-7% decrease year-on-year in terms of both pages and circulation numbers. The magazine market has remained buoyant throughout other economic factors over the years.”

Supplying the Education Sector
Keen to highlight the important role that Paarl media play in the education sector, Van Der Walt explained how lucky the group were to be involved in a South Africa-wide project to supply work books to all children: “with huge support from the South African government, we have been able to supply 26,000 schools with over 50 million workbooks per annum which we have distributed around the country. Children have to get to grips with the ten official languages (including Braille) taught in South Africa, which is a difficult task for anyone no matter the age.” This project has been a major accomplishment as Paarl Media witnesses the continued successful delivery of education to every child in South Africa, which the company are incredibly humbled to have been a part of. “Schools in different economic areas have varied access to education and the delivery of workbooks really means a great deal to us,” affirms Van Der Walt.

Where Printing is Personal
Van Der Walt concluded his interview with us stating that the furtherance of people is a key value running throughout Paarl Media and its practices: “The education of both our own staff and the children of South Africa share a link – we want everyone to have a chance to get educated and further their skills. Plus, we will make significant investments in the long term to continue our growth.” In future projects, Paarl Media wishes to decrease their core reliance on printing and look towards other ways of enhancing both their core business and staff. With strong investment in research and development, the company will continue to remain focussed on technology, and enhancing the skills of staff alongside these new adventures.