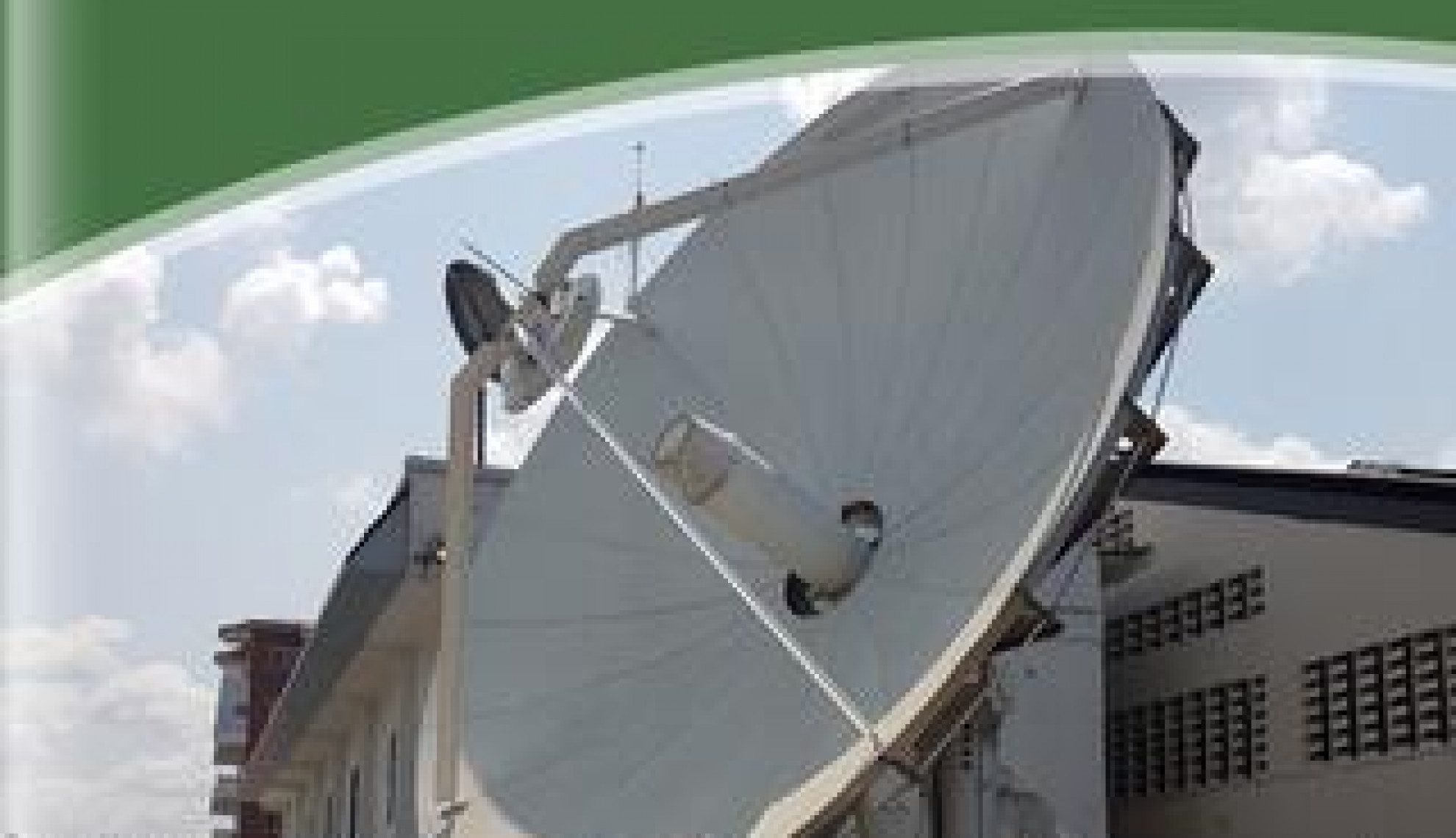 From fibre optic to satellite, Global Broadband Solution is helping to reconstruct connectivity around Africa

Coined in 1989, the World Wide Web has already gone down as one of the most transformative developments of mankind in the modern era, enabling unrivalled exponential progress.

Nevertheless, while the internet’s endless canopy has continued to bear fruits, recent reports have suggested that only half of the world’s population currently have access to it, with many in less developed regions, including a number of African nations, still awaiting its arrival.

While 4G was commercially deployed in Oslo, Norway and Stockholm, Sweden in 2009, only roughly three quarters of African countries are expected to have launched their own 4G LTE networks by the beginning of 2019, a whole decade later.

However, this is not to say that the African market is not ripe with telecommunication-centric opportunity.

The continent has seen the fastest growth rates in internet penetration across the world throughout 2018, up 20 percent compared to 2017, and many companies, like Global Broadband Solution (GBS), are relishing the task of bringing the region up to speed.

“For me, the telecommunications market in Europe was getting a bit boring,” states Peter Deneyer, the Company’s Commercial Director.

“Meanwhile, Africa offers a fantastic challenge. It is still early days for telecom developments in many countries across the continent, and with internet it’s much of the same.”

For GBS and Deneyer, the aim is to channel its industry expertise into both creating and deploying innovative telecommunication solutions that will continue to revolutionise the African market.

“Internet is like water or electricity in the modern day,” he adds. “It’s not only considered to be a basic necessity, but also a key indicator of progress.”

As Commercial Director of Global Broadband Solution, Deneyer is responsible for all things commercial at the Company, from its customer service operations to its international outlook.

He studied as a telecommunications engineer in Belgium, beginning his career at Bell Telephone (now known as Alcatel). Since then, Deneyer has worked for a number of leading global telecommunications firms including Ericsson, Motorola and Siemens.

At Siemens, he was inspired to direct his career towards African telecommunications development, helping to oversee the implementation of key infrastructure for mobile operators during his time in Johannesburg.

From here, Deneyer began to become more readily involved in the Democratic Republic of Congo (DRC), now having been stationed in the country for six years while working for Global Broadband Solution.

Operating out of Democratic Republic of Congo, GBS has experienced rapid growth in the 14 years since its inception, largely facilitated by its commitment to maintaining its revered corporate values.

From its data centre services to its fibre optic network developments to its continued use of VSAT technologies, the firm has established and retained a reputation of excellence throughout its relatively short but illustrious history.

“We are considered to be one of the early players in African internet solutions,” explains Deneyer. “Having started with our Wimax license we have since expanded into a range of new segments, now looking to become a champion of fibre optic developments.

GBS has built a strong reputation over the years, providing nationwide internet and intranet solutions to the likes of Central Bank and SEP (the national petrol distribution company). In order to achieve this, it has used a mixture off all the available technologies, including Vsat, WiMAX, microwave and fibre optics.

“Satellite is still running at low speeds and proving to be very expensive, and this is what we are aiming to address through the creation of our own fibre optic network,” says Deneyer.

Emphasising quality over quantity, this reputation can largely be attributed to the Company’s strategy, raising the bar by providing adaptable broadband solutions.

“Our main differentiator is our commitment to quality, consistency, customer service and tailor-made solutions,” Deneyer continues.

“Other providers and those in the mobile segment are not always as flexible, concentrating more on the mass market rather than the individual needs of large corporations. This is where we excel and specialise, meeting the expectations of each
and every one of our customers.”

Through this approach, GBS has become a one-stop internet solutions shop for many large corporations and governmental bodies, renowned for its esteemed services throughout DRC.

Further, positioning itself as a quality vendor within the telecommunications space, the Company has been able to cultivate a number of strategic partnerships that have broadened its reach, working with the biggest international telecom players.

“It’s difficult to penetrate new markets if you don’t have existing customers, particularly when large mobile providers are equally expanding their services more substantially to the mass market,” Deneyer continues. “To this end, we have recognised that it is important that we offer bespoke services to large corporations, and our international partnerships enable us to enter lucrative markets through these offerings.

“Further, in order to continue our international expansion, GBS will open soon a new point of presence in Lagos, Nigeria.”

Meanwhile, within DRC itself, the firm has taken a similarly strategic approach to its local expansion, with its offices located in key regions across the country.

“We’re headquartered in Kinshasa, the capital, but we’re also based in Lubumbashi, a key mining region; in Kisangani in the centre of the country; in Goma, close to Rwanda and where many diamond mines can be found; in Matadi, the port town; and in Brazzaville, the capital of the Republic of Congo,” adds Deneyer.

Logically expanding its presence on all frontiers in this way, GBS has allowed all aspects of its telco portfolio to flourish, bringing leading fibre optic networks to corporations on a global scale and providing rural areas with alternative yet reliable connections.

Renowned as a technological enabler and innovator, GBS’s role extends broadly outside of the corporate telecommunications sphere, evident in its extensive involvement in local communities and initiatives.

Recognising the need for education, the Company partners with a number of universities throughout DRC, providing free and specialised broadband packages, whilst also sponsoring competitions that allow innovative students to showcase their talents.

“Alongside our work with universities, we also participate in startup incubators,” explains Deneyer. “Efforts are being made to get DRC into the digital world, and in the aim of playing our part in this we offer special packages to startup companies, providing them with things like responsive communication platforms and cloud space, for example.”

This programme extends to B2B events across the country where GBS often partners with both organisers and attendees, providing anything from its own expertise and advice to free wi-fi hotspots.

These attitudes to facilitating local development are reflected within GBS’s staffing strategies where the firm employs local people as often as possible.

Paying its workers well above the minimum wage threshold and offering medical aid to both its employees and their families, GBS readily provides its people with the platform to learn, grow and progress with a good quality of life and extensive development opportunities.

“We like to say that our CSR is extended to our own staff,” Deneyer reveals.

“Unemployment is very high in DRC, so by offering market-leading welfare and ensuring our staff earn a reasonable living, we can ensure that multiple families and communities benefit from the work that our Company is doing.”

What’s more, the firm played a key role in helping to combat the Ebola crisis.

Providing NGOs with reliable internet connections, GBS was able to play a crucial role in curbing the endemic, ensuring that it could be combatted as effectively and efficiently as possible.

As we move towards 2019, for GBS, it is expected to be a defining year.

Inter-city fibre optic connections are currently not in place in the DRC, but the coming months will see this becoming a reality – something that Deneyer has recognised that the firm must ready itself for.

“We are expecting such developments to happen soon,” he explains. “There is a lot of focus surrounding inter-city fibre and we can expect to see a telecommunications boom in 2019 in line with this.”

GBS is launching its own high-speed satellite service with a high throughput satellite to provide high speed at much lower costs. This will be used to provide remote communities with better internet connections at extremely competitive prices.

However, as GBS continues to push the boundaries with exciting new projects, Deneyer hopes that it continues to excel by remaining committed to its overriding strategy that has been so crucial in helping it to achieve the success that it has done to date.

He concludes: “I have to reiterate that our vision is to be the preferred supplier in DRC. We don’t want to be the biggest, this is not our focus. Ultimately, we want to maintain our emphasis on quality and build on our consistency, transforming telecommunications throughout both the DRC and the wider world.”