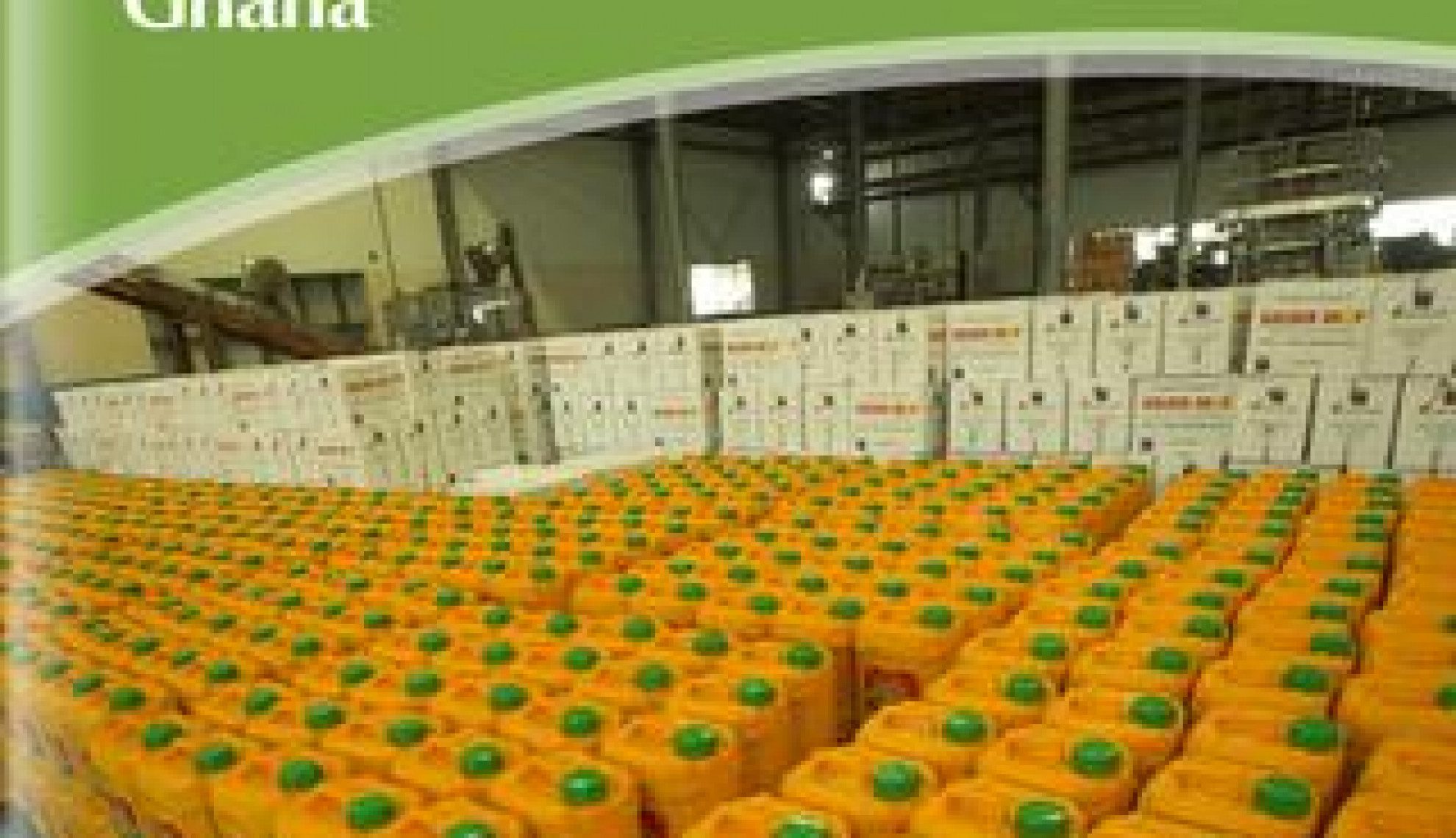 Properity to the Common Man

Indestructible by name and indestructible by nature, Avnash Industries Ghana Limited’s success has been a long time in the planning, but the agribusiness Company’s current guise represents a testimony to generations of hard work and a country it remains unwaveringly loyal to.

Incorporated in 2001 before formally launching its operations in 2013, the business’s overall history goes back much further, but its current strategic offering units of edible oil refining, soap manufacturing and rice milling has formed the basis for its recent breakthrough to prominence.

“Avnash derives its name from the Sanskrit word, ‘Avinash’, which means indestructible, and in adherence to our selfless service to the nation, we removed the ‘i’ to form the name,” explains Company Director, Jai Mirchandani. “Avnash has been successful as it seeks a model free from competition. It knows its strengths as a formidable g-local player and believes that its relationship and reputation capital allows it to move more swiftly and pragmatically.

“This approach translates into one that leverages specialisation across the entire value-chain, sharing wealth, and growing the size of the pie. This philosophy can be highlighted in the principal areas of supply chain and marketing.”

Subsequently leveraging a holistic philosophy towards not just quality service provision, but wider national enrichment, Avnash’s prosperity can be expressed through both intrinsic and extrinsic value; across employees, customers, and stakeholders.

Mirchandani continues: “This allows us to engage with the broader environment to keep insights active and thus, constantly tailor our model of execution in the direction of fulfilling our vision.

“The depth of the vision is one that touches the hearts and minds of everyone who interacts. We believe the beginning starts here, as inspiration does its wonders; as we are experiencing in our evolution.”

This aforementioned vision articulates ‘to bring prosperity to the common man’ and this is an overhanging notion manifested from the Company’s origins back in the 1960s.

“Our Chairman, leaving a land of persecution, with destitute hopes at home, sought to search for opportunity elsewhere; his luck landing him on the shores of Ghana, working for a family trading office in Makola, one of Accra’s central markets,” Mirchandani notes. “His story took a turning point when his perseverance led him to open up his own shop, this new venture becoming a profitable one in no time.

“In the mid-to-late 1960s, his once-ambitions to become a mechanical engineer came alive in a practical and entrepreneurial manner by opening up a textiles mill. Under the name of Loyalty Industries, the Company flourished, fabricating garments from its North Industrial Area location, employing nearly 3,000 staff, and becoming Ghana’s second largest mill.”

Turbulent economic conditions in Ghana stunted the evolution for a period – even forcing Mr Mirchandani, the Founder, from the country – but as democratic times unfolded in the early 1990s, he returned to complete what he started; embarking on a decade of negotiation and restructuring through talks with the Government before being awarded the opportunity to reinvest remuneration back into the country.

“Our visibility and reach has been extended as a result of a rebranding and focus on product quality,” Mirchandani picks up in the present day. “A primary focus on the latter has always been our value proposition, as we have understood the sticky nature of the local consumer.”

The rebranding effort has helped Avnash affirm its status as an industry leader amongst multinationals, but the real success story lies in the Company’s internal refinement, improving its products, its processes, and its distribution channels.

“Leading companies always speak of running along the lines of systems. The world’s industrial giants have found systemically the best means of achieving continuous output, and this is the trend that we follow,” Mirchandani says. “Moving from a person-based to a system-based structure is a beautiful evolution, especially when the history of the Company retains so much knowledge of the business culture’s nuances.

“This allows us to be progressive and traditional, taking key factors into account to tailor systems to the context.”

When it comes to progression, Mirchandani places human resources as the most critical contributor, capitalising on local labour skills and the rich educational heritage that Ghana has.

“With more than 80 percent of its workforce as local – as well as the understudies and partnerships with leading universities in place – Avnash pursues engagement with the talent pipeline so as to cultivate and ensure sustainable growth for both enterprise and employee,” he details. “Our prowess in a sector that inherently generates thousands of jobs – combined with an entrepreneurial youth – leads to both innovation and thriving employment, and in creating a wider, interconnected ecosystem.”

With a mission to maximise the use of local resources, Avnash places great value on local procurement as well; its supply chain epitomised by close relationships with farmers, millers, aggregators, and other production services.

Mirchandani continues: “As our investments seek to bring prosperity to the common man through our mission, it is foremost that we see prosperity brought about by the harnessing of opportunity. Avnash, having provided a large market as an off-taker, understands that production is the backbone of both its and the nation’s success.

“Business partnerships are endorsed and to be struck by all members of our team who see the avenue to collaborate along the lines of credo, culture, mission, and vision. To this end, Avnash is quite autonomous.”

Continuing on its quest to enrich the country, Avnash’s corporate social responsibility efforts inevitably act as a holistic extension of its business activities, “aligning genuinely with the desire for human happiness”.

In the long-term, it is this ethos that Mirchandani hopes will create one million jobs in Ghana, in providing an immense opportunity for people to actively engage with a business that is large in terms of both size and ambition.

“Our relationships and policies balance discipline and empathy, and this is how we believe all can benefit. Prosperity is, after all, reached only through productivity, which is motivated by these two factors,” he concludes. “Avnash seeks not to solely be an industry player, but a model that showcases the greater position a Company must be in to improve the current state of humanity; a reorientation towards true development.”