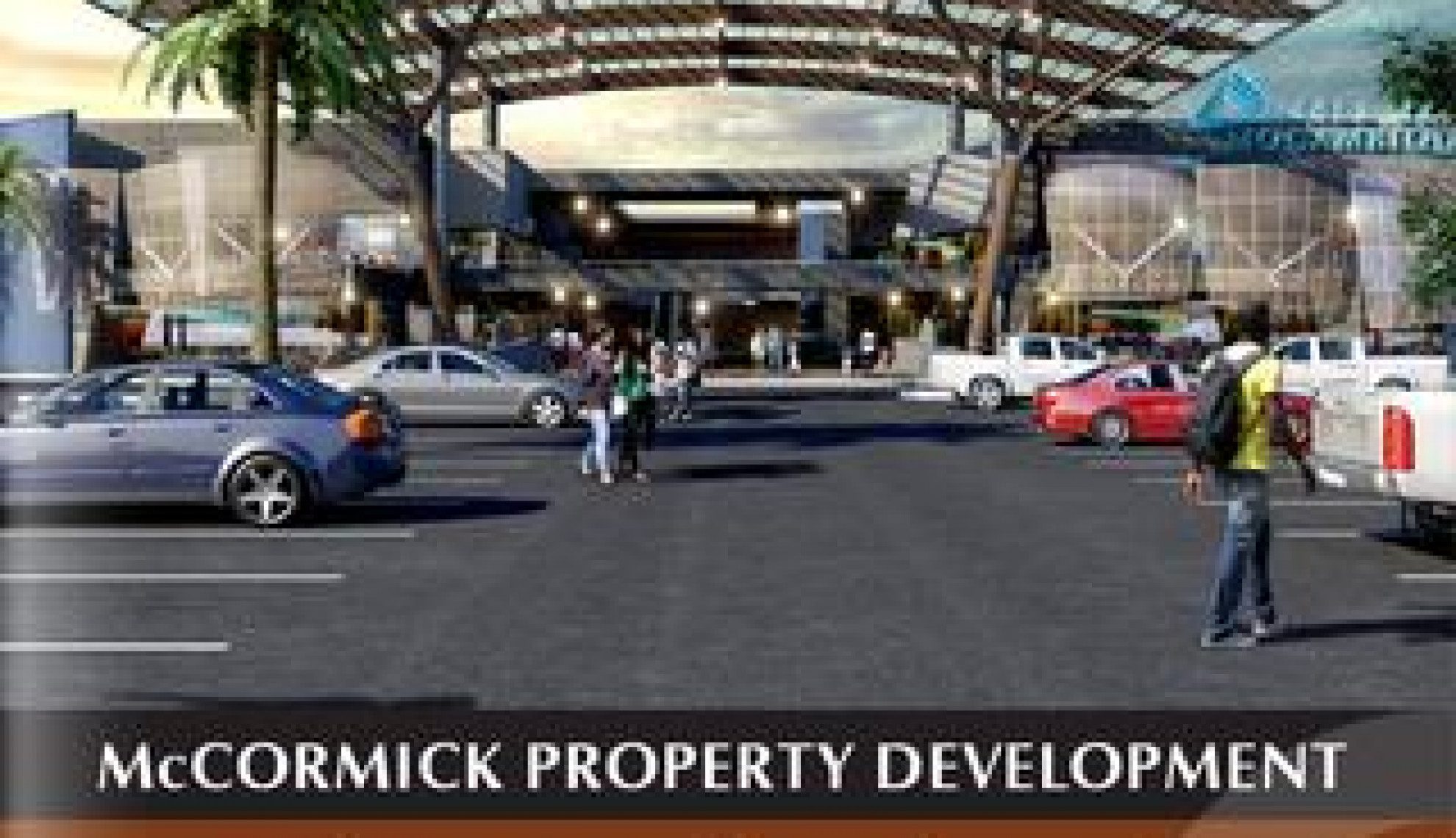 McCormick Property Development (MPD) has been refining its business model over the past 33 years in order to respond to changing industry trends across African retail; most recently responding to the increasing demand for upmarket retail malls and mixed-use developments from the growing middle-class in South Africa.

Influenced by his father and Company Founder, John, Managing Director Jason McCormick has largely remained focused on addressing the retail needs of the previously disadvantaged and rural areas of South African through a unique strategy that remains largely unchanged since 1983. He recalls: “My father developed a model that allowed us to break up the main construction contract into smaller, more manageable ones, designed as a way to better manage our full turnkey service property development offering, with us project managing every aspect; from architects to financing, facilities management to asset management. This has been a vital contributor to achieving a stronger return on investment, as well as ensuring long-term, sustainable growth of assets.”

From humble beginnings, this family-owned business emerged as the first of its kind to focus solely on the provision of retail facilities in the former homelands of South Africa, where black residents previously had to travel hours to access formal retail facilities.

“My father was somewhat of a visionary in that he saw opportunity where no-one else saw it at the time. Bringing retail services to the poorest of the poor was a huge challenge, but hard work and sheer perseverance eventually allowed retailers to see the opportunity that existed in these areas and they started to follow him into these previously disadvantaged areas. With retail facilities now on their doorstep, disposable income that was previously being spent on transportation to the main urban centres was now being channelled into the goods and services at his developments in the homelands. The result is that we have some of the strongest trading densities for many of the South African national retail chains now housed within our portfolio,” McCormick notes.

At this time, the Company faced a number of economic challenges dictated by a lack of basic infrastructure in these areas, McCormick adds: “The early business model was therefore focused on putting in place the relevant water and sanitation infrastructure in order for our developments to be fully sustainable, which required significant upfront spending. From a leasing aspect, we would also make sure that our shops were reserved for local businesses to encourage not only local content, but local economic empowerment as well.”

With a portfolio of more than 58 completed developments in South Africa under its belt, McCormick Property Development is now working across the full retail spectrum in rural and urban areas, taking inspiration from retail hubs across Europe and other internationally-renowned hotspots, and bringing the best elements to the rapidly emerging markets within South Africa, Mozambique, Zimbabwe, Swaziland and Angola.

Leveraging its reputation as one of the first property development Companies in the rural retail construction market in South Africa, MPD currently owns and manages a portfolio of more than half a million square metres of retail space. “As competition in the market continued to grow throughout the 90s and 2000s, we had to come up with a strategy to maintain our market-leading status,” says McCormick.

“Overproliferation of shopping centres in South African cities and the more urban areas is steadily resulting in the competitors moving into the rural space. In light of this, we formed a division designed to specifically strengthen our pipeline by securing land and establishing business relationships. So far, this has been successful and has kept us on our toes, securing a further 40 shopping mall developments in our healthy pipeline,” he further explains.

Furthermore, making a concerted effort to create an infrastructure backbone for each project has been another crucial differentiator for MPD, demonstrating that the Company is capable of managing huge upfront costs in energy, water and waste prior to laying the first brick.

McCormick emphasises: “We are in no way risk adverse, and throughout the Company’s history this has always been the case. For instance, we are now embracing South Africa’s emphasis on, and funding for, renewable energy projects and implementing this to find ways to become even more sustainable.

This is not just applicable for our new projects, but we are looking at ways to roll out renewable energy in our existing portfolio as well; mitigating the need to rely on municipalities who are themselves under pressure to provide a steady supply of electricity and water to the country’s rural areas.”

MPD’s completed retail projects form the epicentre of South Africa’s rural developments. This perception has prompted the Company to make sure its older shopping centres are continually upgraded in line with the growth of the surrounding areas. “As a consequence of the increasing prominence that retail has in these emerging middle-class areas, there has been an influx in the need for housing and other amenities. Therefore, we have been working closely with the local communities to design the appropriate mixed-use developments; adding hospitals, entertainment, apartments and other key necessities to further strengthen the main nexus in these areas,” McCormick says.

The Company’s continued focus on community development extends throughout its value chain, including its attitude to employment. Boasting a workforce that is almost entirely South African is something which McCormick has continued to emphasise within the business and it also represents a historically important milestone.

McCormick explains: “In 1985, my father set up the country’s first ever B-BBEE scheme in Giyani. This became a model for the government scheme formed in more recent times. He always focused on individual development with an extensive bursary programme for schooling less privileged individuals, often spending his own money on sending employees to university to pursue further education.

“I am keen to maintain our education-centric focus, ensuring the ongoing training and skills development of all members of our team.”

Similarly, MPD uses this same model when sourcing partners, engaging with the best local professionals to bolster local credibility within its supply chain. “Above all, we create wealth and employment by developing not only real estate, but entire communities in the process.

“In line with our internal continuous improvement strategy, we hold an annual conference each year where our country managers and suppliers can network and share information, which has proved an incredibly useful tool,” he adds.

Staying one step ahead of the competition and continually researching and investing in the latest trends, MPD has been able to create developments of the right quality and price point for clients. Now targeting expansion into East Africa, the Company is already bringing its unique value proposition to Mozambique, Swaziland and Zimbabwe, with future plans for Uganda and beyond.

“Due to the region’s strong agricultural industry and its geographic positioning near the Indian Ocean, we hope to gain interest from the growing number of Middle East investors who are increasingly present in countries along the eastern seaboard,” says McCormick.

He concludes: “As a community-focused Company with fixed interests in high-growth emerging markets, we have been able to successfully maximise both the shopper experience and returns for the retailer. My father would be proud to learn that South Africa now has the sixth biggest mall presence in the world, comprising a strong portfolio of centres he developed and ones that now remain under our ownership and management.

“Going forward, our core focus will remain in addressing the huge retail need in rural areas, enhancing the availability of a platform for local businesses in their own neighbourhoods through affordable leasing and high quality construction.”