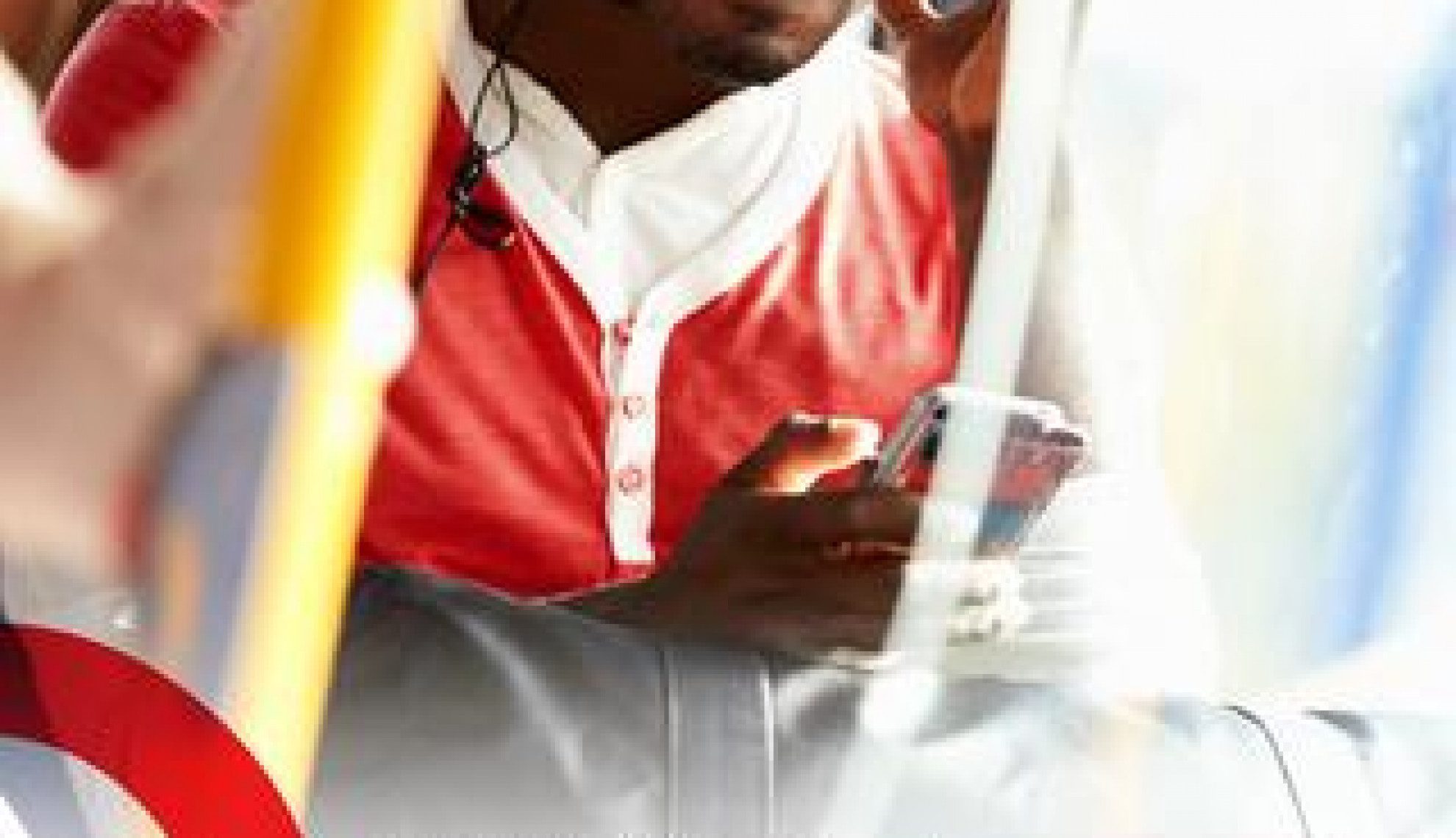 
Some companies enter into an industry purely to turn a quick profit and make a quick exit, whilst others enter into a market to really make a difference with their products. In the case of Airtel Sierra Leone, the overriding goal for the company is to continue offering “life enriching and life impacting” services for the people of Sierra Leone.

Sudipto Chowdury, Managing Director of Airtel Sierra Leone, has set his companies sights on connecting the region by offering several convenient and market leading services including the widest availability of 3G data capabilities across the country, mobile banking and a customer service you can rely on: “With a country like Sierra Leone, there are many regions that are rural and cut off from the main towns and cities. Here, telecommunications play a massive role in bringing people together and connecting them with each other and the outside world as well. What I want to do is use Airtel’s services to connect the region and provide services which enrich the lives of millions of Sierra Leoneans.”

Network Modernisation
Airtel Sierra Leone has invested over US$180 million in the renovation, modernisation and upkeep of their network towers and the creation of a state-of-the-art data centre. The new data centre will house an IT data centre and a telecom network switching centre, becoming an integral part of Airtel Sierra Leone’s telecom and data infrastructure. As the leading telecommunications provider in Sierra Leone, Airtel constantly strive to bring in the latest technology for their infrastructure development for the benefit of their customers and Chowdhury believes the new data centre will fit the bill:

“This new data centre fits right into our strategy. It provides fast expansion as well as activation of both new telecoms and data services to meet increasing customer demand. Once
completed, the project will generate IT & Telecom awareness amongst young local engineers and technicians as well as providing opportunities for long term employment monitoring and maintaining the data centre.”

Network expansion is one of the key drivers for Airtel Sierra Leone, and with funds already being invested in the modernisation of the existing cell towers, new locations are being drawn up to further the reach of the company’s voice and data network. With the country made up of a varying topography ranging from savannah to rainforests, the task of having a 100 percent coverage area is no easy feat. Chowdhury is still confident that Airtel Sierra Leone will complete near-nationwide coverage over the next two to three years.

Demand for Data
One of the biggest changes in the telecommunications market in Sierra Leone has been the rise in demand for data services. With the increase of social media sites and networking in Africa, more and more consumers have opted to use less voice services and text messaging in favour of popular apps such as Whatsapp, Facebook and Twitter. With this in mind, Airtel’s 3.75G coverage is currently supported by towers across the region, with the view to upping this by the end of 2015. “With the rise in the number of mobile internet users in Sierra Leone, we have taken big strides to ensure that as many areas as possible have access to 3.75G data speeds. We plan to have towers using 3.75G capabilities running by the end of next year and then we will be able to offer even faster data speeds across the network,” remarks Chowdhury.

Airtel Money
Banking facilities in Sierra Leone are not as widespread or accessible as some of the neighbouring countries, but Airtel have been rolling out a strong banking and finance platform called Airtel Money. Airtel Money is the convenient and safe way to transfer money from person to person, or pay for goods from your mobile phone. It has become one of the leading financial tools in Africa and Airtel Sierra Leone has seen a big uptake in its usage from the customer base. “Airtel Money is being picked up by our customers in their thousands since we began rolling it out across the network. We currently have over 100,000 subscribers to the service and this figure rises each month. It is the simple and easy way to transferring money to people or paying for utilities and other supplies. If you live in rural areas, accessing a bank is not very easy and can be time consuming. Airtel Money
can help you send payments quickly and safely to another person or pay bills, with the maximum of ease from your own home. Airtel Money will marry those who are unbanked with banking and informal economy with formal economy.”

An Invisible Challenge
Sierra Leone is currently facing its single biggest challenge since the civil war that tore the country apart. The Ebola outbreak in East Africa has already claimed a thousand lives with many more cases being reported daily. The epidemic has spread through the region and this has caused disruption across the network and the customer base. With heavy restrictions in place for travel, import and export and quarantined off sections of the country, Airtel has seen the country grind to a standstill. “With the restrictions in place from the government and World Health Organisation, our ability to continue our modernisation of the cell towers and our expansion plans have been placed on temporary hiatus. What we have done though is poured our resources into setting up emergency phone lines, Ebola call centres, free information through our website and fundraisers to help bring in much needed money to fight this virus,” affirms Chowdhury.

The second problem affecting Airtel Sierra Leone is the price of commodities used in the daily running of the networks. Diesel fuels the towers used by the operator and with imports greatly reduced into the country, the diesel supplies in the region are beginning to run out, and those that are left have seen their price rise almost fivefold. With the rise in general commodities as well, the average spend on mobile top-ups and services have dropped rapidly as customers have switched their spending to focus on essential items only.

With Sierra Leone currently in the midst of the Ebola crisis and with no clear end in sight, Airtel Sierra Leone have already raised over one billion Leonean’s for the Sierra Leone government and have pledged one Leone for every call made on the network as part of the company’s continued support to fight against the Ebola virus.

Dedication to the Community
Airtel Sierra Leone takes great pride in their goal of becoming the ‘most loved brand’ in the nation’s telecommunications market. The company adopts the view that as new technology and innovation is introduced, the lives of the consumer should also be enriched and modernised by this innovation. The main aim for Airtel is to ensure that all their customers feel that the operator is a brand that provides them with a service they can trust at a price they can afford. Airtel Sierra Leone has always listened to what the customer wants and strives to provide a high level of service in return, further cementing the claim that the customers are as much a part of the brand as the Managing Director himself.

One of the biggest CSR projects currently being undertaken in partnership with the First Lady of Sierra Leone, Sia Nyama Koroma, is the setting up and implementation of a scheme to help orphaned children during and after the Ebola crisis. The project will look at potential re-homing and education of the orphans and will offer support for widowed women who now have to provide for the family by means of mainstream employment. “The Post-Ebola Project is something we proudly align ourselves with and have the backing of the First Lady of Sierra Leone. We want to ensure that no man, woman or child is left alone during and after the Ebola crisis. With our help, we want to be able to provide basic needs and services for those who need it most, whether this is through education, training or other means,” proclaims Chowdhury.

“Success Drives Us”
Airtel Sierra Leone has become the market leader for mobile telecommunication services in Sierra Leone by offering a product and a brand that consumers can trust. Airtel Sierra Leone currently has more than 50 percent market share of the three million mobile users in the country, with the remaining 1.5 million customers split between three competitors. This is a big achievement considering the tough competition surrounding the telecommunications market in the country, but Chowdury believes that Airtel Sierra Leone’s market leader status is down to investing in services that people actually want and need: “I think that the huge investments we have made in upgrading our cell towers and being able to offer faster data speeds, has strengthened and secured our status as a market leader. We listen to what the customer wants and then we act upon this, it is the success of the network that drives us forward. There is no point in having the latest Smartphones in the country if the networks and infrastructure are not strong enough to handle them. In the end, a good business can be identified by offering a product and service that is right for their customers. That is something Airtel Sierra Leone always does.”