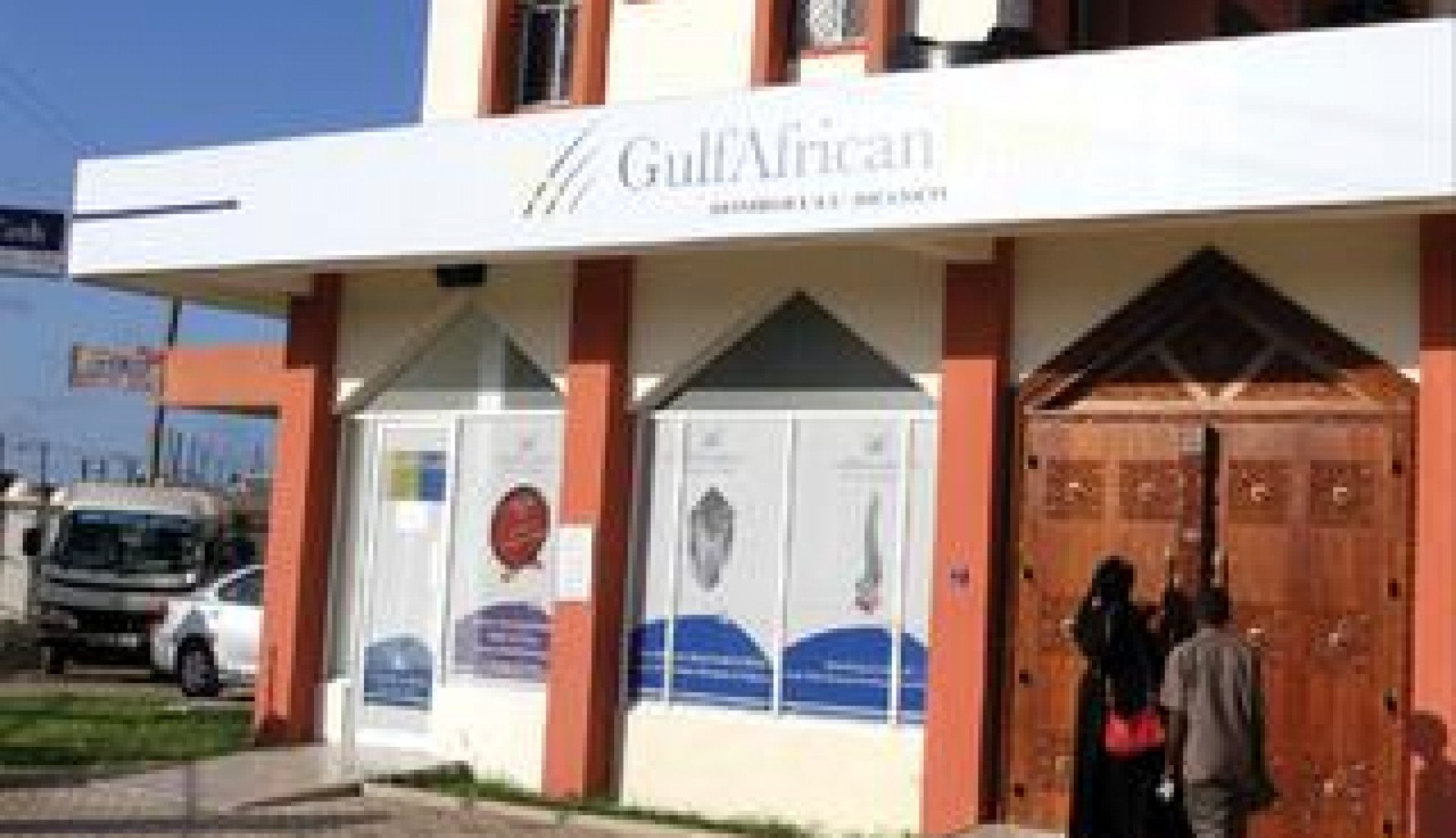 Gulf African Bank (GAB) are the first fully-fledged Islamic bank in Kenya, whose transactions are based on model Islamic economics – forbidding interest, and is an alternative to conventional banking. This mode of banking, a flagship of the Gulf African Bank locally, has spread widely, attracting both Muslims and non-Muslims alike. The bank have maintained a sustainable business model based on rapid customer acquisition and retention; a calculated expansion strategy, and a firm commitment to their mission, vision and core values. The bank is a bona fide Islamic financial services provider and all of the bank’s products and services are Shari’ah compliant. “Gulf African Bank is definitely an informed choice, for anyone from any faith, thinking about a perfect place to keep their money and seek financing in Africa and beyond,” cites Abdalla Abdulkhalik, CEO and Board Member of Gulf African Bank.

GAB are an award-winning financial institution on both a local and international scale. Last year, the company was crowned the best bank in Financial Management and Productivity and Quality at the annual Company of the Year Awards (COYA). “This is a big achievement from a very credible source. The bank also emerged as the Best Islamic Bank in Kenya in 2013 during the annual Islamic Finance News Awards in Dubai,” Abdulkhalik proudly says.

Reliable and unique Banking
The success story of Gulf African Bank finds its origin in the tremendous growth of Shari’ah compliant products and services within the region, which is in itself, a unique selling point for the institution. “Islam is the back bone of interest-free banking. Moral principles and objectives play a more important role in its operations. Islamic banking and finance are a part of the Islamic economic system, the basis of which revolves around justice and morality hence the prohibition of Riba or interest,” explains Abdulkhalik. There is always an agreement between two persons or more (bank and customer) on sharing of both profits and losses, known as Musharaka. The bank’s mark-up scale, popularly termed as Murahaba, enables the bank to share in the risk of ownership in the case of financing an asset like a house for example. “These and many other aspects make us a favourite for anyone looking for financing,” Abdulkhalik states.

The genesis of Gulf African Bank can be traced back to 2005, when a group of motivated Kenyans envisioned establishing an Islamic bank as an alternative to conventional banking in the country. By conducting business on the principles of Shari’ah, the bank would provide an ethical and fair model of “banking for all”. The bank also leveraged on the strong historical links between the Gulf and Africa to establish a channel for attracting investments into Kenya. Today this vision is a reality, and the GAB name went on to become a symbol of the partnership between the region and Africa.

2013: An Exciting Year of New Launches
Gulf African Bank have been very successful in their banking operations, by coming up with new product ideas, initiatives and services which are Shari’ah compliant. During the year-end 2013, the bank was involved in many projects including expansion and new product launches. GAB expanded their flagship women only product centres, Annisaa, to Mombasa. The bank also launched its mobile banking platform, GABPesa, and most recently, the Salary Advance product.

Gulf African Bank prides itself as an SME bank. As such, the bank have signed an agreement with the International Finance Corporation (IFC) that will seek to refine GAB’s capabilities in a number of ways including capacity building across the 6 main areas of business banking, expansion of products, developing credit processes for SME lending and further developments in banking for women. “These developments will see the bank triple its business banking book to Kes 6 billion in the next year, allowing us to increase the capacity of the SME department at the core of GAB,” Abdulkhalik confirms. However, plans do not stop there as Abdulkhalik states: “In the wake of current competition where other banks are opening Islamic-friendly windows, we need to aggressively market our products and services in order to obtain new clients and retain our current ones.”

Maintaining Growth Momentum
Despite the challenging macro-environment that prevailed last year, the financial sector is set to maintain its growth momentum, underpinned by increased regional presence of Kenyan banks and the adoption of innovative and cost effective methods of offering financial services like the internet, agencies and mobile banking. Abdulkhalik is positive that GAB will see a good return based on these growth patterns: “Most banks posted increased profits in the 2013 financial year, which points to greater things. The Kenyan market is also attracting other financial services providers from Africa and beyond, characterised by partnerships, acquisitions and mergers. The industry is certainly looking up.”

The banking industry is adapting to technology at a very fast rate, and Gulf African Bank are making a point not to be left behind either. “Investment in IT is a top priority and so is agency banking, another trend that is being taken up fast in Kenya. In the near future we will be rolling out agency banking in strategic areas within our market areas to grow our number of transactions per day and enhance customer service. Regional expansion is also a trend in the industry locally and Gulf African Bank has its sight on East Africa for this venture. We have ambitious plans to open two new branches every year, starting with our bank’s 14th branch at Sameer Business Park, soon to be launched in Nairobi.”

A Bank that Cares for the Community
Gulf African Bank is a socially conscious organisation that believes in continuous investment and involvement in the community. Through the bank’s Shari’ah bursary scheme, for instance, Gulf African Bank is currently supporting over 500 students from primary school through high school to university across the country. “We are also supporting different organisations in the health sector as corporate partners. These include Nairobi Hospice, who care for patients with life limiting illnesses, cluster foundation which cares for patients with spinal injuries and the Kenya Society for the Blind amongst others,” emphasises Abdulkhalik. Recently, the bank made a donation of wheelchairs to Coast General Hospital, Kenya, a referral hospital that serves a primary population of 1 million and a secondary population of about 2.7 million.

Timely Problem Resolution and Turnaround Time (TAT)
Continued re-invention of GAB’s products and services to serve the customer better is one of the bank’s major strengths. “As a Shari’ah compliant bank, we offer an alternative mode of thinking as opposed to a conventional one. We have a reputation as a professional and trustworthy institution, listening to our customers – both potential and longstanding –coupled with timely problem resolution and Turnaround Time (TAT). This and many other things is what makes us tick!” Abdulkhalik concluded the interview by stating that “the sky really is the limit” for this leading East African bank.