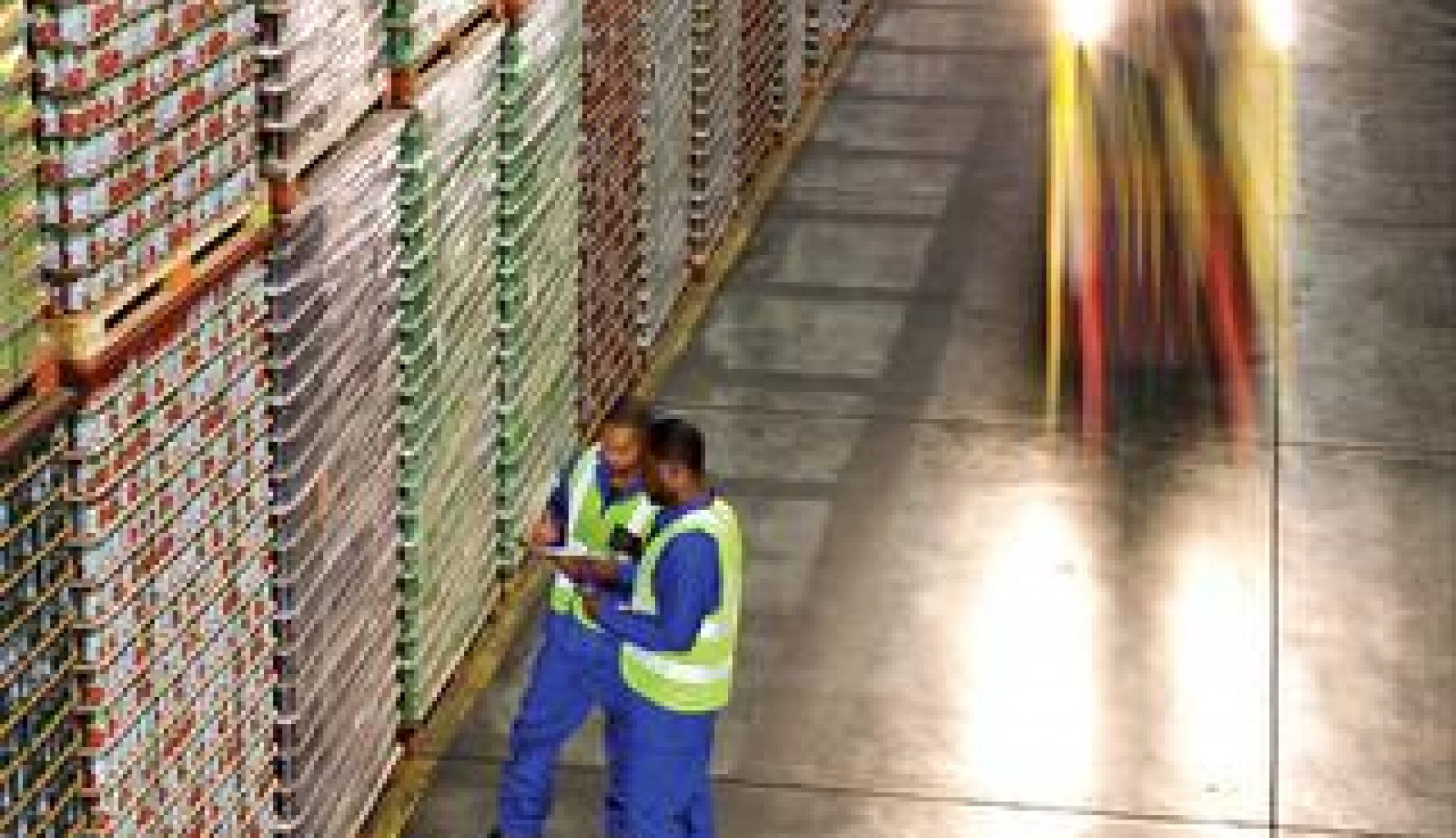 Where others have fallen, Nampak Bevcan has continued to flourish. This is thanks to an unrelenting commitment to product quality and customer satisfaction, in spite of economic constraints and a lack of infrastructure across Africa

Since its inception over fifty years ago, Nampak Bevcan has successfully been manufacturing and supplying beverage cans across South Africa. Throughout this prosperous existence, the company’s footprint has gradually grown to include surrounding markets such as Namibia, Botswana, Zimbabwe and Mozambique.

The packaging company reported an 11 per cent increase in group revenue to R18.3 billion for the year ending September 2013. Operating profit from continuing operations increased eight percent to R1.9 billion and the group reported headline earnings per share of 217.5c, up from 201.0c a year ago. Nampak said trading income from Africa rose 60 percent to R506 million largely thanks to strong performance in its Angola-based beverage can manufacturing facility, which operated at above design capacity for the majority of the year, as well as its Kenyan food can operation, which benefitted from a good pineapple crop. In November 2013, Nampak announced that it was set to buy Alucan Packaging, a Nigerian beverage can manufacturer, in a deal worth $301 million. In a statement Nampak said the Alucan factory is equipped with “a brand new, state-of-the-art aluminium beverage can line” capable of producing up to “one billion cans per annum”. It has also been designed and constructed to “accommodate a second line once demand exceeds the current capacity”.

Nampak’s CEO, Andrew Marshall said, “This acquisition will significantly increase Nampak’s presence in Nigeria which is Africa’s second largest economy and where we already manufacture food and general cans in our factory in Lagos and cigarette cartons, food cartons and labels at our factory in Ibadan, 120 kilometres north of Lagos.” Alucan Packaging is situated in the Agbara industrial area which Nampak said was “an ideal location” close to Lagos and to major beverage producing customers as well as having “a reliable source of gas which will be used for heating and power generation”. “Beverage can manufacturing is one of Nampak’s core businesses with factories in South Africa and Angola,” said Marshall. “Nigeria with a population of over 150 million people has experienced good growth in demand for beverage cans and this is expected to continue. Plastic packaging is also a core business with factories throughout the African continent and the United Kingdom. “This acquisition and the potential to acquire the plastics company will further contribute to our stated growth strategy in the rest of Africa, where we currently operate in 12 countries generating R2.5 billion in annual revenue and almost 30 percent of our trading profit.” Not content with this regional dominance, Nampak Bevcan continued to expand further up the continent. Today, the business aspires to be “the preferred supplier of beverage packaging in sub-Saharan Africa,” says Erik Smuts, Managing Director of Nampak Bevcan. Although this might sound like an ambitious statement, recent developments mean this target might become a reality. “We have built a plant in Angola, which has been operating for just over two years,” Smuts continues. “We are also busy installing a second production line here, which will happen during this year. We have also acquired a business in Nigeria, which is not concluded yet, but should go ahead in the first quarter of 2014. As there will be a lot of focus getting this business up and running, it is an exciting time ahead for my team.”

Gaining an Upper Hand
Although continued growth across Africa will undoubtedly give Nampak Bevcan a distinct competitive advantage over manufacturing alternatives, the company has several other strengths to call upon. “We have proved in South Africa, where we do not always have ideal conditions to operate, that we manage to work with what is available,” explains Smuts. “Despite our successes, we have huge respect for the other global can makers, and we know that we will have to be at our best in order to defend our position.”

This resolute and determined trait has put Nampak Bevcan in good stead for its Angolan operation as Smuts explains: “We operate in a place where there is very little infrastructure. We generate our own electricity and tanker in all of the water we require. But we are used to operating in areas where it is tough and you can’t always rely on external service providers other facilities or suppliers. “That is key to our competitive nature and we intend to drive this further to make sure we become even more successful in these areas.”

Despite the operational difficulties in Africa, Smuts believes that Nampak Bevcan has managed to position itself in line with some of the industry’s biggest beverage can manufacturers. “In South Africa we are more competitive in our pricing than Europe and many other developed countries in the world,” he reveals. “But what makes us different is our strong relationships with customers, good service and a competitive offering. Our adventurous nature and an aggressive cost reduction attitude are also strong characteristics.”

Staying Ahead of the game
Regardless of its current market position, there is no time to stand still at Nampak Bevcan, as the company continually looks to improve and enhance day-to-day activities. “In South Africa, we used to exclusively produce tinplate beverage cans, but have started a conversion to aluminium in the last year,” cites Smuts. “The first part was to install a new high speed aluminium line at our Springs facility. We have also converted a steel line to aluminium, with another line to follow.”

In addition to keeping up with global trends, there were three main reasons behind this move – technological advances, customer demand and the environmental benefits. “The cans in the international market are mostly made from aluminium and our customers also required us to move over to aluminium can-making and, therefore, our whole move is really customer driven,” notes Corrie Botha, general manager at Nampak Bevcan.

For Smuts, this latest move will go a long way to improving the recycling rate of beverage cans across South Africa. In fact, Smuts believes that South Africa can achieve levels similar to that of Brazil, which currently has a collection rate of over 98 per cent. “We have a sister company called Collect- A-Can, which is a partnership between Arcelormittal and Nampak, who we are using to facilitate the collection of cans,” he says. “The recycling rate we have achieved in South Africa for used beverage cans is over 72 per cent, which is the highest collection level for any beverage packaging format in Southern Africa, so we are very proud of this achievement. But with the introduction of aluminium beverage cans, which have a higher intrinsic value, we expect that collection rate to increase.”

Furthermore, Nampak Bevcan remains committed to sustainability in other areas of the business and has gone through quite a large capital reinvestment programme to become more environmentally friendly. “The introduction of new equipment has enabled us to significantly cut down on energy consumption,” Smuts asserts. “The overall carbon footprint of the business is coming down rapidly and we have very aggressive targets going forward to reduce this even further.”

Ongoing Challenges and Future Aspirations
“There are always many challenges,” concedes Smuts. But while the volatility of exchange rates with the US Dollar and Euro remain out of the company’s control, Nampak Bevcan has strong policies and procedures in place to manage this. “You have similar problems in the rest of Africa with local currencies, but one of the strengths of our company is operating successfully in challenging environments like these,” he says.

Looking forward, Nampak Bevcan is looking to expand its footprint in Africa even further and will consider wider opportunities too, as long as they make good business sense for both their customers and shareholders. “At this stage, we do not look beyond the continent, but any opportunities that do come up will be evaluated and considered,” notes Smuts.

Whatever the future has in store for Nampak Bevcan, you can be sure that product quality and customer satisfaction will remain key concerns. “We have strong relationships with our customer base and pride ourselves on the quality of our products and services,” Smuts signs off.