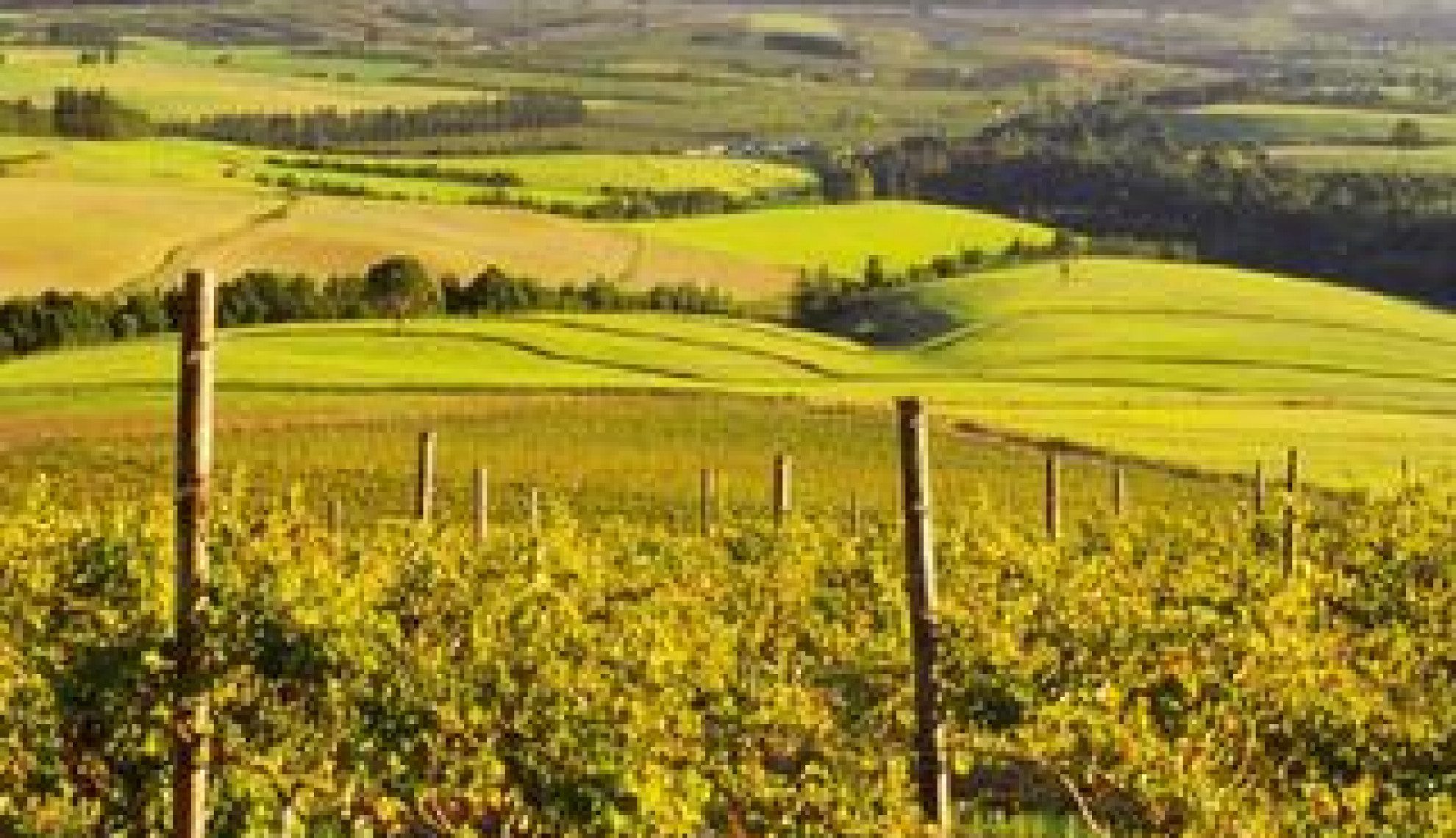 Anthony Rawbone- Viljoen’s Oak Valley Estate in South Africa’s Elgin wine production Ward measures 1786 hectares and he has been farming the property his greatgrandfather founded in 1898 since 1973, helping to create a dynamic business, producing top-class award winning wines, cut flowers, grassfed beef, free-range corn-feed, pork and fruits. His first wine in the modern era was produced on the estate in 2003, when winemaker Pieter Visser created the maiden Oak Valley sauvignon blanc. It was an instant success.

“We have made great strides in the market since and we now produce seven wines,” says Rawbone-Viljoen.

The Oak Valley range of wines includes a sauvignon blanc, a chardonnay, a sauvignon/semillon blend (The OV), a pinot noir and a shiraz.

“The cool climate of the Elgin region, meticulous vineyard management and a very special respect for the indigenous flora and fauna combine to create wines with finesse and elegance. The Elgin Ward is considered to be one of the most distinctively cool areas in South Africa and this is reflected in the styles of wine produced here. The flavours of our wines are characterised by mineral undertones, complimented by fresh acidity, giving an elegance that has its origins in the cool terroir of the valley.”

There is more to Oak Valley than wine. It is also one of the largest deciduous fruit production units in South Africa.

“We’ve an extensive fruit business,” says Rawbone-Viljoen. “We were one of the first three farming units outside of the EU to achieve the prestigious Tesco Natures Choice accreditation, and we’re Globalgap accredited, giving us priority access to supermarket shelf space. “We also have preferred supplier status with Waitrose in the UK.”

The fruit crop is packed and stored at the Two-a-Day Group Limited and Elgin Fruit Juices (Pty) Ltd handles some of the processing. Marketing is conducted through a joint venture company called Tru-Cape Fruit Marketing (Pty) Limited.

“Africa is a growing part of our export drive and that market is fast growing,” says Rawbone-Viljoen. “The continent has woken up and disposable incomes are on the rise. Quite frankly, South Africa has an opportunity to supply these markets almost exclusively. There’s a lot of opportunity and with the difficulties in the Eurozone, where austerity budgets are biting, it is an alternative choice for us and we’re persuing that vigorously.”

Oak Valley is a highly diversified business. In addition to wine and fruits, it has a cutflower flower business, a business that offers guest cottages for short-term rental within the estate, and it runs the Oak Valley Mountain Biking Experience. It even has a restaurant.

“We also have a gourmet meats business,” Rawbone-Viljoen adds. “During 2007 we imported our first pedigreed Wagyu embryos from Australia. Remember, Wagyu is the beef breed that produces the famous Japanese Kobe beef. The first calves were born during 2008, and they will form the nucleus of a planned breeding programme, which will ultimately lead to production. The beef is renowned for its marbling and its intensity of flavour.”

And Oak Valley Gourmet Meats has been experimenting with the production of hams and related products made from acorn-fed free-range pigs.

“The business plan was an integrated plan which covered all the bases of what we want to do here.”

Life on the estate isn’t without challenges. In January the Elgin area was rocked by the much publicised farmworker strikes.

“It ended up being mainly confined to fruit and obviously as fruit farmers we were impacted,” says Rawbone-Viljoen. “All the strikes were illegal, wildcat strikes. We had a small contingent of our permanent labour force – 18 out of a total of 200 – who chose to strike and they managed to persuade some of the seasonal workers to join also. To put the thing in context, we have 200 permanent and up to 600 seasonal workers in any given season, and around 70 seasonal workers were persuaded to join this strike, which happily was not violent. It was a protest march, albeit illegal. It went through the farm and down the road where it kind of petered out. The balance of our permanent workforce who weren’t involved in the strike was pretty unhappy with the fact that this small clique had chosen to do what they did. In our case we didn’t have any direct fallout from this action but like any strike, it impacts on workers focus and we had productivity losses.”

In February, the government announced it would raise the rural minimum wage by 52 percent to R105 p/day.

It came into effective on March 1. The knock-on effects are likely to be dire. Farming is cyclical, some years are good, some years are bad – and you are essentially gambling with nature. Outcomes are uncertain.


And it is a global market. Agriculture is subsidised in many other countries. The fear is the wage increase could lead to job losses.

“The farmworkers were given a mantra that arrived overnight. In terms of impact, we operate within budget constraints and we haveto cut out cloth accordingly. Our seasonal workers were previously paid between R80-R90 per day plus picking and sorting incentives. Permanent workers are paid, on average, R130 per day, with some earning up to R400 per day depending on seniority and skills. Permanent workers have added benefits including housing, water, electricity, transport, pension and healthcare, predominantly funded by Oak Valley. What you have to remember here is that we’re dealing with a labour intensive industry, even on the flower side of our business, where your payroll cost is 42 percent of your total cost. The seasonal wage becomes the baseline for your permanent staff who remain much further ahead of that minimum wage. But still, there’s an expectation for them that if the seasonal staff are in that new baseline, then the permanent staff baseline should be adjusted. So it has significant implications for the agriculture business as a whole and I think the end result is going to be job losses on a broad scale which is unfortunate given the jobless situation in South Africa.”

“The wage has gone up significantly, albeit off a low base. Obviously there’s constant revision and planning and revision of methodologies in the workplace and there’s also the prospect of mechanisation. All these things don’t happen as quickly as the revision of basic wages. These things need to be researched and they take time but the impact will be felt.

“I think the industry will see a general price increase in many of the crops; it will have a major impact. Otherwise, production will not take place.”

Regardless of the challenges and current uncertainty, Rawbone-Viljoen insists there is nowhere else he’d rather be.

“Oak Valley is never boring. There is complexity here that has to be managed. That is the challenge. But we are not rushing into things wildly. We do our homework. We plan. And we like to research and experiment. Of course, we would be nothing without the support of quality people and we have a proven track record of caring for our employees and are an equal opportunity employer. The facilities offered, and working conditions in general, are of the highest standard.”

In 2011, Oak Valley had its first farmworker millionaire who received a R1.3 million payout from the Company Provident Fund.

“In fact this year we will be seeing our third rand millionaire! The first one took early retirement. It is very gratifying.”