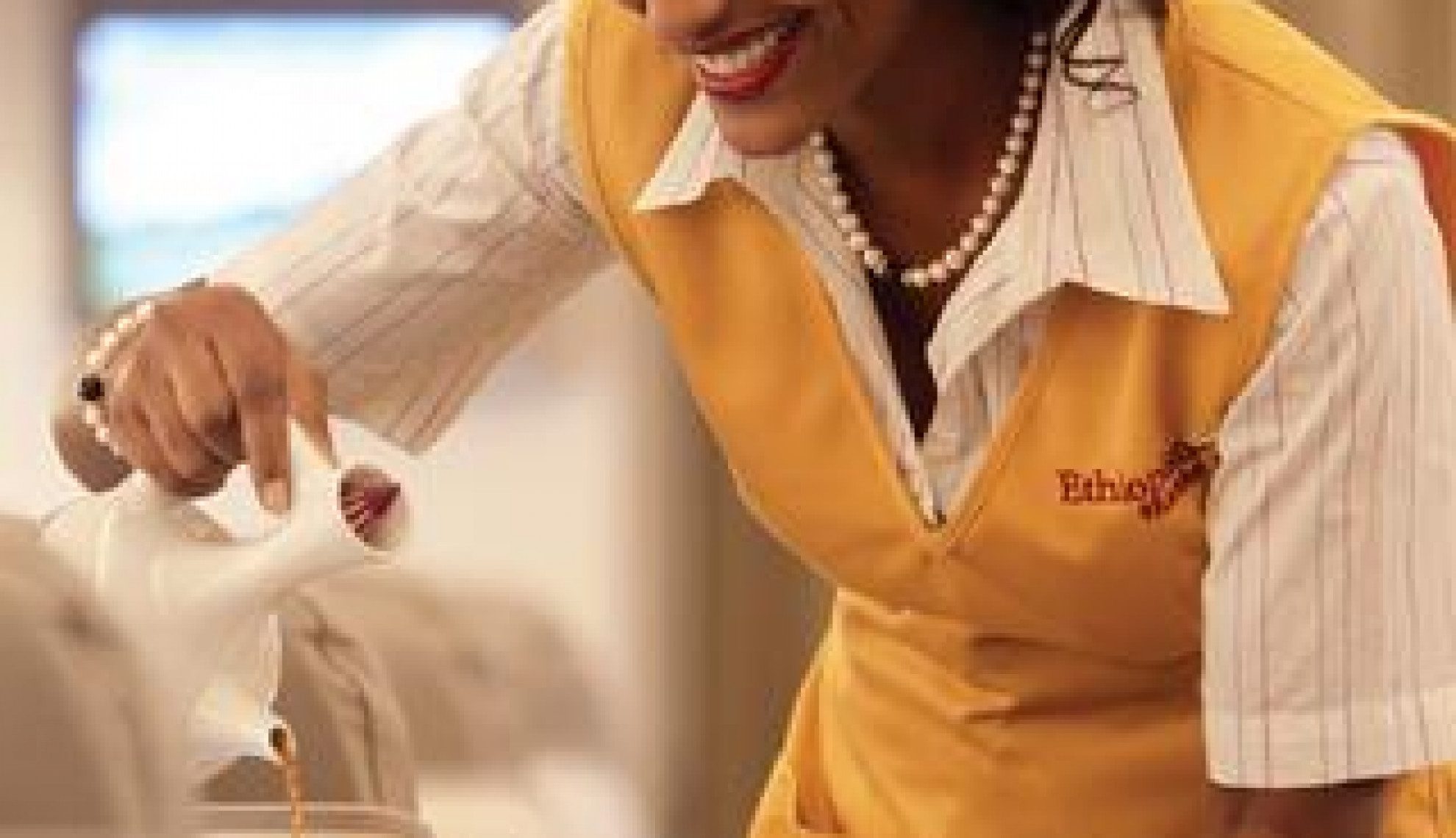 Ethiopian Airlines recently announced it made a record profit. The company’s chief executive officer, Tewolde Gebremariam, credited the profitability to the use of new, modern and fuel-efficient jetliners such as the Boeing B787 Dreamliner and B777, and his “exceptionally dedicated employees”.

The company’s operating profit between July 2012 and June 2013 was 2.7 billion birr, 165 percent up from the profit made the previous year. Net profit increased by 178 percent from 734 million to 2.03 billion and the airline generated a revenue of 38.5 billion, up by 14 percent. It transported 5.5 million passengers and hauled 174,000 tons of cargo during the year.

“The 2012-2013 fiscal year has been a challenging year for the global industry in which many airlines faced factors that have affected their performance,” Ethiopian Airlines told Africa Outlook in a recent interview. “These factors include high and volatile fuel price and weak global economic situations which in turn reflect in low demand for travel. Although Ethiopian was no different and was faced with similar challenges, it managed to finish the year with record revenues and performance and continue its double digit growth registered over the last decade.”

The Boeing B787 uses 20 percent less fuel – its airframe is predominantly made from composites, which account for 50 percent of the aircraft by weight. This makes the aeroplane significantly lighter than previous airliners in the same size category, thereby reducing fuel expenditure and costs. The aircraft also contributed to Ethiopian’s green efforts as its 20 percent less carbon emission and 60 percent less noise pollution contribute significantly to mitigating the airlines impact on the environment.

Ethiopian Airlines received its first Dreamliner in August 2012. The airline was the launch customer in Africa and the first outside of Japan, for Boeing’s new-generation airliner, which entered revenue service in October last year.

Ethiopian has fi ve B787s (it ordered 13), which, of course, has had some well documented problems leading to a grounding by the U.S Federal Aviation Association (FAA), following incidents related to the battery, while smoke was detected on an Ethiopian plane parked at London Heathrow – issues with a Emergency Locator Transmitter (ELT) reportedly to blame.

Ethiopian grounded its B787s until the end of April, for three and a half months, along with 50 Dreamliners grounded globally. A solution eventually lead to a retrofit and the planes were returned to the skies with Ethiopian’s Dreamliner being the first to return to service.

This cost the airline however. Had it not been for those issues profits would have been even higher. But ‘onwards and upwards’, they say. “We’ve a lot to look forward to,” Ethiopian told us.

Its achievements are nothing short of remarkable, especially in light of the Dreamliner issues and the fact that the aviation industry is grappling with stiff competition, high and volatile fuel prices and economic recession in Europe.

Fuel expense now accounts close to 50 percent of total operating expense. Poor airport infrastructure, the absence of uniform aviation policy and regulation, high income tax and airport duties are among the problems faced in Africa. “The current trend of the industry is very turbulent with the global industry expected to make a small margin of profit in general,” says Ethiopian. “The African aviation industry overall is not performing well. However the trend in the travelling public in Africa is very encouraging. This is due to the continent being the second fastest growing region in the world: we’ve a young and fast developing population and rich reserves of precious metals, large oil reserves and 60 percent of the world’s arable and uncultivated land. These developments have resulted in increased and huge investments and trade with the rest of the world. these developments have also resulted in increased travel to and from the continent as well as a growing middle class in Africa which has disposable income and hence likely to travel by air.”

As a pan-Africa airline with the largest passenger and cargo network in Africa, Ethiopian seems to be well positioned to serve the demands of the growing number of travellers. However, this has not been without its challenges.

“The regulatory framework in Africa is eschewed against African airlines. Non-African airlines often get more favourable air traffic rights than African carriers; currently 82 percent of the inter-continental traffic to and from Africa is operated by non-African airlines and the remaining by African airlines,” says Ethiopian. “In our view, there is unfair competition from Gulf based airlines which have access to government subsidy and cheap fuel on top of a high operating cost environment in Africa.”

Despite these challenges, Ethiopian remains on upward growth trajectory remaining the only African airline to make profits in the past three years.
The national flag carrier is also expanding its international routes. In the 2012-2013 fiscal year it opened nine new routes, a record for a single year. “Ethiopian continues to bring Africa together and closer to the world by connecting the continent to major trading centres by leveraging its network, fleet and experience,” the airline says.

“Despite the challenges faced by the global industry as well as Africa, Ethiopian Airlines just finished third year of its year strategy dubbed Vision 2025 with what can be considered as the highest performance and profit in the industry,” the airline says. “Through Vision 2025, Ethiopian is transforming into an Aviation Group comprising of seven strategic business units. This will see Ethiopian become a world class African airline with fleet size of more than 112, flying 18 million passengers and uplifting 820,000 tons of cargo to 121 destinations by 2025 generating $10 billion in revenue and $1 billion dollars in profit.”

The seven business units are being developed into independent profit centres which will generate 50 percent of their profit from services rendered to third party clients (mostly African and Middle Eastern Airlines) on top their service to the aviation group.

“The fast, profitable and sustainable growth set in Vision 2025 are being achieved through four pillars – fleet, infrastructure, human resources and systems – which encompass cost leadership, operational excellence and efficiency, investment in latest IT, employing best practice business process as well as fleet modernisation,” the airline says.

A key feature or overarching strategic objective of the airline is creating multiple hubs in Africa. It is working to develop a regional hub in Lilongwe, Malawi; after it recently bought a 49 percent share on the newly-established Malawi Airlines Ltd. Ethiopian is already operating out of a second hub in Africa in Lome, Togo, through a community airline called ASKY in which Ethiopian holds 40 percent equity and is serves in 22 destinations in Western and Central Africa.

“Ethiopian has equity participation and provides technical, management and commercial support to ASKY, which has been in existence for three years and is doing very well in capturing the niche regional market in West and Central Africa,” Ethiopian says. “The objective with ASKY is to tap into the regional market and create hub to hub connection that enables ASKY to feed ET for the long haul intercontinental travel. this is being met satisfactorily.”

It is also eyeing hubs in Central Africa. “The plan for 2013-14 is to continue in the current fast, profitable and sustainable growth,” the airline says. “Continue the implementation of the various facility expansions and open nine new international destinations – Singapore, Manila, Madrid, Niamey, Kano, Shanghai, Bata, Munich and Athens.”

Ethiopian will also continue to introduce some of the current Orders of 35 aircraft: B777s, A350s, B787s, B737s, and q-400s. This includes the introduction of B777-300 ER (Extended Range) in November this year making Ethiopian one of the few airlines in Africa to own and operate this ultra range aircraft.

Ethiopian serves 76 international (46 in Africa) across five continents and 17 domestic destinations. It has 60 aircraft with an average age of seven years, the youngest fleet in Africa. The airline employs 7,300 full time workers. It has created 20,000 direct and indirect jobs.

“Ethiopian, as a pan-African airline first and foremost, has Africa, its home market, as its focus bringing the continent together and closer to the world,” the airline concluded.