According to the African Development Bank, Africa’s infrastructure gap stands at approximately US$50 billion per annum. Traditional sources of financing, such as taxation, government borrowing and aid, cannot be squeezed any further to close it. As a result, governments have turned to public-private partnerships (PPPs) and foreign direct investment (FDI) as a source of financing.

PPPs will play an important role in providing a viable structure in which to attract FDIs across critical sectors on the continent. The two will work in tandem with each other to share local investor risk and relieve the burden or guaranteeing the entire project and raising its own financing.

We spoke to a series of industry experts on the risks and opportunities surrounding PPPs and FDIs, and which countries are already unlocking the benefits of adopting these structures. Part one explores the growing appeal of public-private partnerships in Africa via an interview with Roddy Barclay, Associate Director at africapractice. 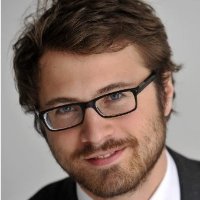 AfO: What makes public-private partnerships (PPPs) more appealing today than ever before, and what African countries have embraced it as a solution to the continent’s infrastructure deficit?

Roddy Barclay (RB):  PPPs have now been in use for more than two decades. Although they can present a complex deal structure and require associated expertise, they are becoming increasingly attractive and effective in Africa, partly because African governments are putting the resources, skills and legislative frameworks in place to support the successful development of PPPs as a solution to Africa’s infrastructure deficit.

The fact that countries such as Nigeria, Ghana, Senegal, Kenya and Malawi have set up dedicated PPP Units within government gives potential investors greater reassurance that projects in these countries will be managed properly. This is not yet the case across the board in Africa, and many countries still have some way to go.

A major benefit of PPPs is that projects that would otherwise never see the light of day reach completion. Secondly, as far as governments are concerned, sharing risk with the private sector relieves it of the burden of guaranteeing the entire project and raising its own financing. Thirdly, the involvement of the private sector, with its dynamism and expertise, can raise quality and speed up timelines.

AfO: What sectors in particular do you think can benefit from PPPs the most?

RB: There are certain sectors which lend themselves to PPPs in Africa, and others that do not work so well yet. PPPs are most often applied to the power sector and a number of telecommunications projects. A World Bank study showed in five East African countries, 70 out of 82 projects completed between 1990 and 2011 were either in power or telecoms.

On the other hand, water, sanitation and to a lesser extent, transport projects, are seldom executed under PPP agreements in Africa. A major reason for this is the difficulty in monetising the services they provide. On much of the continent, willingness to pay is low, and revenue collection is a real challenge. This makes these investments unattractive to private investors. For now, water projects are still seen as the preserve of government.

South Africa is renowned for its PPP framework and the recent projects achieved under it. The country currently has 68 active projects. Most notably, since 2011, large amounts of private capital have flowed into renewables, raising generation capacity by up to 6GW. By comparison, Nigeria has 35 active PPP projects, while Kenya has 15. Most African countries have fewer than five.

AfO: Finally, which country do you see as having the most potential to deploy both a PPP and FDI infrastructure to facilitate economic growth?

RB: I would single out Côte d’Ivoire, which has emerged as a highly promising destination for FDI. A good proportion of this investment will be directed to PPPs: in its recently announced national development plan, it has nearly 100 projects on the drawing board, worth almost $50 billion. It will be some time until we really see the benefits, but there will be keen interest in the early stages of procurement and implementation.

Read the full article in the latest issue of Africa Outlook here.