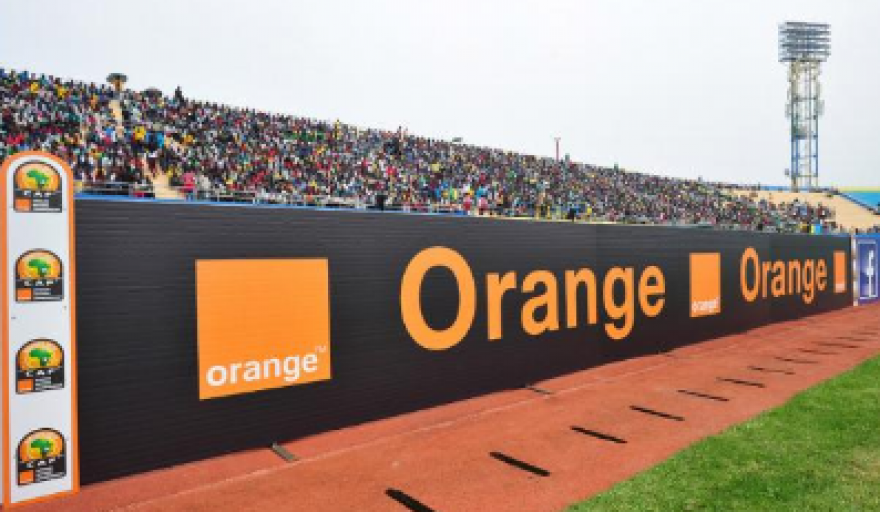 The first ever Africa Cup of Nations (AFCON) was a somewhat unconventional affair by today’s football tournament standards.

The inaugural edition of the tournament, somewhat surprisingly, was held a year before the first ever European Championship, although few at the time would have predicted the event would reach the heights it enjoys today.

Slowly growing from just three participating teams in 1957 and 1959, AFCON was ironically rescued in 1996 by post-apartheid South Africa after it stepped in to stage the expanded 16-team competition following Kenya’s withdrawal as host.

Fast-forward to 2019, and 24 nations have proudly occupied the continental footballing limelight and battled for the 31st Africa Cup of Nations title.

The event has also expanded commercially, not least in the form of sponsorship from some of the continent’s and indeed the world’s leading brands, companies looking to tap into a regionwide passion for the sport.

Orange is one such organisation. Official sponsor for the sixth consecutive year, its collaboration with AFCON stretches back more than a decade.

“Football drives a true sense of positivity and optimism, an outlook which is very much shared by our brand,” comments Donna Soane, Global Sponsorship and Partnership Director.

“The importance of football and access to football across the continent of Africa is invaluable. It is a sport which truly has the possibility to not discriminate and can be played, enjoyed and supported by anyone.

“It does not matter if you have a perfect pitch or the right shoes – it has the ability to unify, to educate, to inspire, to give hope and opportunity. Football, when celebrated, empowers positive change in society.”

Orange has been part of AFCON and partner of the Confederation of African Football (CAF) since 2008, a time when the company was seeking to expand its footprint and services across both this continent and the Middle East.

Identifying the tournament as a means to engage with a broader base of consumers, the company saw an opportunity to connect with people on a regional, national and personal level via their number one passion.

“Our ambition as a brand was to get people closer to what they loved – football,” says Soane. “Our role was to enable them to do this by making essential telephone and internet services available to everyone.

“The CAF partnership allows us to do this in a credible, meaningful and relevant way. It’s not about the technology, it’s about giving people access to football via the technology we have and that we are constantly developing.

“The CAF partnership is an important part of a wider story of Orange and football. We have been long term partners of national teams, leagues, clubs and grassroots tournaments across our African footprint preceding our CAF partnership in 2008, with football consistently representing over 70 percent of our national sport investments across MEA.”

Orange’s involvement with AFCON has steadily evolved over the years, in no small part due to the exponential advances in available technology.

For example, this year the company offered virtual reality experiences at stadiums for the first time, while several new digital platforms have sprung up in recent years which enable fans to access football more easily than ever before.

For football fan Soane, this ever-changing landscape was what lured her into the tech sector in the first place.

“I started in global telecommunications over 18 years ago, when the landscape looked very different,” she recalls.

“Telecommunications was still a bit of the ‘new kid on the block’ at this time but it was at a turning point in capability and, having come from a media background, the sheer scope of this new era of communications was too hard to resist being part of.”

“We added colour both inside and outside the stadiums, celebrating the fans in fan zones and via our fan of the match and warm up programmes,” Soane continues. “The idea was to give them centre stage both pitch side and on the big screens. Access and experience are key, so digital forms a core part of our pan-African strategy.”

A new addition to this year’s event was Orange’s best commentator competition, designed to provide another channel for fans to share their voice and views on their teams, while the Games of Change initiative was launched to help reduce the amount of plastic waste generated by the tournament.

The latter was an idea conceived in 2018 to leverage the access Orange has to football via its collaboration with African partners. First trialled in Cameroon, the company encouraged fans attending its sponsored matches to collect plastic waste from the surrounding streets.

Soane adds: “The more waste collected, the more waste is recycled and turned into football kit and infrastructure including pitches – it takes 68,000 bottles to produce a mini football pitch.

“During this AFCON we proactively asked staff and fans in the fan zones to recycle their plastic waste, giving them the means to do so by working with local start-up companies to provide collection banks and containers.

“Waste which is collected will go towards producing a football pitch for a community in need of sports infrastructure.”

By continuing to support sporting events such as AFCON for the betterment of fans and their communities, Orange’s initial 2008 objective of expanding its reach has taken on a socially steered dimension.

This legacy is important for Soane who, when asked who she supported during the tournament, gave a coy response.

“I am very fortunate to have seen football played by teams all over the world,” she says. “With regards to this years’ AFCON, I can safely say I was a proud supporter of all the 11 teams which qualified where Orange operates.”
Unfortunately for Soane, Algeria went on to lift the trophy after beating Senegal in the final.