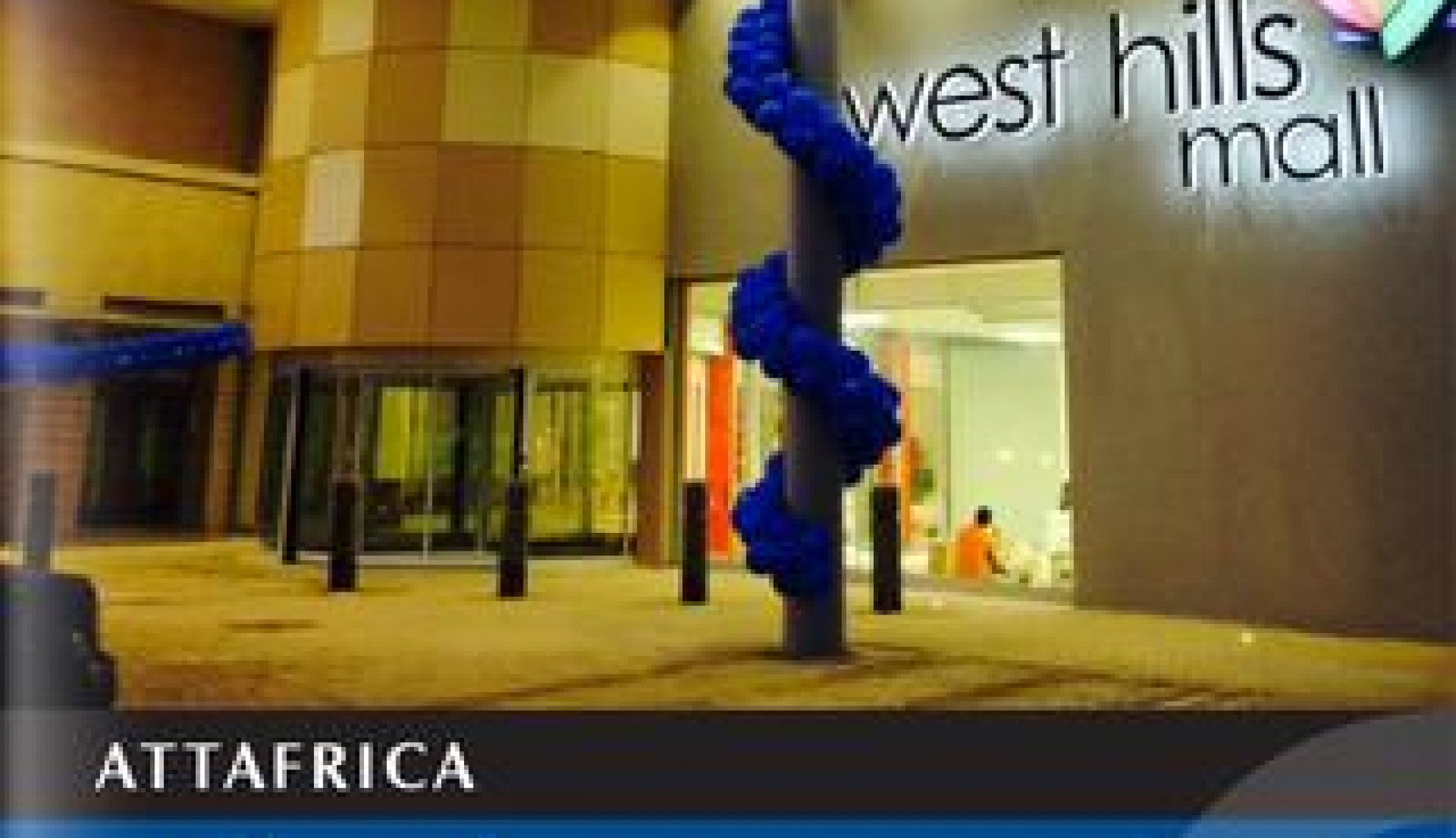 On Course for $1 billion Target

AttAfrica is edging closer to its $1 billion goal as the snowball effect of early successes in the retail property investment market look set to drive future international growth, key business partnerships and sustainable recognition on a continental scale.

The $1 billion relates to property assets, and signifies a concerted strategy which has been in place for the Company since its inception in 2012 under the name Atterbury Africa. Off the back of its initial achievements in Ghana and Zambia, a recent rebranding to the name AttAfrica signifies the standalone reputation that has manifested within the sector over the past four years, with the new-look business still able to leverage the experience and expertise of its three shareholders – Atterbury, Attacq and Hyprop – in the process.

“It all started in 2012 off the back of the acquisition of Accra Mall,” Chief Executive Officer (CEO), Kevin Teeroovengadum recalls. “It was the first grade A mall in the city and we saw an opportunity to expand it and use it as a gateway to do other developments in Ghana.”

This is precisely the knock-on effect that occurred, with the purchased and revamped Mall setting the tone for Westhills Mall which opened in late 2014, Achimota set to open in October, 2015, and its Kumasi Development which will be up-and-running in early 2017.

Adding the Manda Hill Centre opportunity in Lusaka, Zambia, AttAfrica is now truly an international Company and has ticked off phase one of its strategy in making its mark in the grade A retail development space; earmarking the leading facilities, in the most prosperous cities, in the most economically thriving sub-Saharan countries outside of South Africa.

Cream of the crop

The hybrid approach of acquiring, investing in and constructing developments adds flexibility within what is understandably a niche space at the upper end of the market, and has already been epitomised by the variation in its projects thus far; balancing the initial acquisition of Accra Mall, and Zambian opportunity at Manda Hill with the construction and development of Westhills, Achimota and Kumasi.

“The vision from day one was to build a portfolio of retail assets, reaching $1 billion in four or five key cities and countries on the continent,” Teeroovengadum explains. “With Manda Hill, the biggest mall in Lusaka, Accra Mall, Westhills, Achimota and Kumasi all either completed or under construction, we have really set up a presence in the best cities, the main catchment areas and the cream of the crop in terms of disposable income.”

The primary strategy is now to take on development duties internally and is further recognition of the influence that each shareholder has too; epitomised by the experience of Atterbury Property Developments who played such a pivotal role in getting the operation off the ground in 2012.

This naturally lends itself not just to the scope and finances that AttAfrica can bring to any given project, but the innovation, technological expertise, supply chains and industry reputation that comes in tow.

“In Ghana for instance, three out of the four malls are Greenfield developments, and these are the ones we have developed and opened rather than the one we acquired,” Teeroovengadum continues. “Westhills, which opened last year, has also been given an award by the South African Property Owners Association taking into account that the mall is not only well designed, but is also good from an infrastructure and accessibility perspective, and from a capacity point of view as well.”

The significance of its Kumasi development, being situated in Ghana’s second largest city, will almost certainly reap similar acclaim as a result of its wider influence on the city, its people, its appeal as a retail centre and its sustainability as a complex.

These skill-sets, combined with the skill-sets of AttAfrica’s shareholders, are the key facets which have helped instil the brand’s authority on the industry in Africa in such a short space of time, and are further compounded by its selling proposition of guaranteed longevity.

When identifying such niche opportunities, embracing not only the prosperity of the city, but also the sheer size of the development and the amount of major tenants present in the mall, most competitors in the market look to take a leasing approach before moving on to new projects within five years.

AttAfrica’s ambition of building its portfolio over a longer period of time is highly appealing to the authorities granting such opportunities though, with the knowledge that the Company will look to develop with the future in mind, and with the intention of retaining ownership of the development for a matter of decades, rather than mere years.

“This is really what differentiates us,” the CEO states. “We look to build sustainable malls so we can build an ownership portfolio for the next 15-20 years and beyond.

“Because of this, we are willing to spend more money up front, or to take on a Greenfield project, knowing that we want these developments to be durable and state-of-the-art for more than just three or four years.”

The main benefit of this approach may be even more evident in the second half of AttAfrica’s strive for $1 billion, however, with the existing malls under construction or completed now paving the way for the Company’s international growth.

Kenya and Nigeria are two natural options across Nairobi, Abuja and Lagos, with these cities likely to be attracted not only to the aforementioned longevity, but also to the reputation that has been built as a consequence of early successes and its shareholders’ market presence.

Teeroovengadum says: “Firstly, when we go into these countries, they know that everything we do from a design and infrastructure standpoint is quality. Africa is a relatively small place, so word spreads, and we’ve already seen this with Nigeria identifying Westhills Mall in neighbouring Ghana as the best mall development in West Africa.

“This makes it a lot easier for us to go into Lagos or Abuja and make our pitch to the authorities with them knowing we will be there to build sustainable products and to be there for the long-term.

“Secondly, it’s good for the retailers as well because a lot of them are looking to expand internationally, with malls inevitably being a sweet spot. And we will meet their international criteria.”

AttAfrica has consequently already been courted by international retailers, building important relationships in the process and gearing the Company up perfectly for its next stage of evolution.

This will be compounded by a similarly sustainable commitment to retaining a local focus in each new country entered, once again ensuring that its adherence to the long-term comes through loud and clear when the next major city’s decision-makers decide to edge AttAfrica closer to its $1 billion target.

“We would always rather be choosy and have one great mall in a city, rather than five smaller ones, so to meet these expectations it’s very important to be localised and build local talent, to design with the future in mind, and to make sure we produce something which investors and retailers will like in the long-term,” Teeroovengadum concludes. “In three-five years’ time, we envisage that we will have achieved and exceeded that $1 billion of gross assets, we’ll be in at least four countries and we will have done so by building strong teams of local talent.”