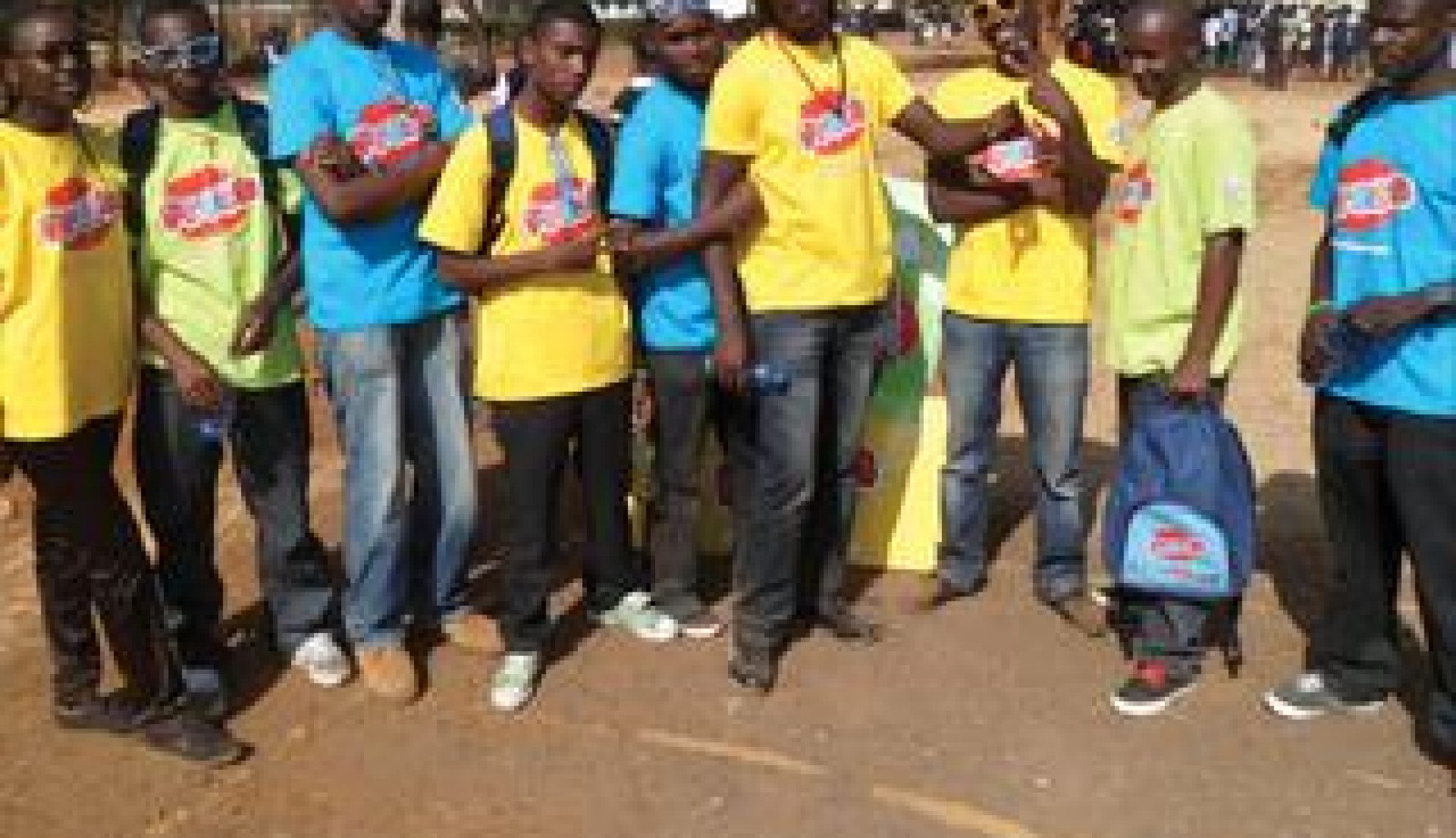 Taking a bite out of the competition

Candy, shoes, stationery….try as you might, it’s impossible to pin a manufacturing company like Kenafric Industries down. Founded in 1988, Kenafric started life solely as a footwear manufacturer but soon diversified into food, confectionary and school exercise books. Indeed, such is the company’s growth that it now distributes its product lines to 14 African countries, including the Democratic Republic of the Congo, Tanzania and Sudan. as millions of Africans know, whether you’re seasoning with oyo Chicken mchuzi, relaxing in your Chappa Dollar flip-fl ops or buying a fresh stack of Super Star notebooks, you’re buying into a little of what makes Kenafric Industries so unique.

Despite Kenafric’s focus on diversification, the core of its business lies in footwear and confectionary. With an infrastructure that processes over 36,000 tonnes of sugar a year, Kenafric is the largest African sweet manufacturer and in October 2012 it launched a Kshs 1 billion confectionary machine, commissioned by Henry Kosgei, the Kenyan Minister for Industrialisation. With the increased production capability afforded by the new equipment, it’s clear that Kenafric is focused on increasing its markets, although the company has exhibited a firm commitment to its roots. In a characteristic move, company vice chairman Bharat Shah told reporters that the firm planned to invest up to KSh 4billion in the region over the next two years. A child of Indian immigrants who moved to Kenya in the 1920s, Shah is obviously deeply tied to the community that enabled his fledgling family business to grow into a well-known brand. He has often been quoted in the press encouraging businesses to grow their markets in East Africa, citing the rise in middle class consumers, significant new gas and oil findings and the 40% urbanisation rates. Kenafric is certainly proof that expansion is possible: the company started with around 75 employees and now employs 1,250 workers. Sohin B. Shah, Kenafric’s Financial Controller attributes the company’s success to its aggressive expansion plans and insistence on state-of-the-art machinery and technology development.

That said, all this expansion and equipment would be useless if Kenafric didn’t have a sound business and efficiency policy underpinning its operations. 2007 was a breakthrough year as it marked the point at which Kenafric was recognised as a ISO and HACCP certified company, heralding the company’s determination to elevate standards and employee food health and safety to a new levels. This was also the year that Kenafric adopted the Kaizen business philosophy to improve standardised activities and drastically reduce waste with lean management techniques. This commitment to waste management and energy conservation has meant that he Kenyan Association of Manufacturers (KAM) has awarded Kenafric with the prestigious energy management award for three years running, a feat that no other Kenyan business has yet accomplished. Recently, Kenafric has also adopted SAP business software in order to manage its business operations and customer relations. The implementation of this sophisticated software allows senior management the flexibility of travel whilst still being able to oversee operations, automate work-flow approvals and increase human resource efficiency.

Since 2004, Kenafric has made an enormous effort to diversify its product line. The philosophy behind this move is that it allows the business some economic resilience: if one sector is performing poorly, the popularity of another vertical allows the business to remain afloat. Footwear was the first business focus when the business started in the late 1980s because plastic flip-flops were in high demand. But when oil prices made that side of manufacturer particularly expensive, candy became Kenafric’s new focus. In 2009, the company acquired a beloved African brand from CGB Foods Ltd and became the chief manufacturers of OYO, a household staple stock powder that adds thickness and depth to home-made curries, creating yet another successful revenue stream.

No matter what the product, Kenafric is known for its intense consumer focus and marketing drive. The company invest significant time and energy in analysing consumer trends and responding to the tide of popular opinion. An example of this is the Obama bubblegum released in 2009, which capitalises on the African love affair with US President Barack Obama. This is not to say that every marketing strategy is a success – in late 2013, Cartoon Network sued Kenafric for its unauthorised use of characters from “Ben 10” on confectionary packaging. The suit, which is ongoing, will form real test of the implementation of Kenyan copyright and intellectual property laws.

Despite this setback, Kenafric is still focused on implementing the guiding principles of its business strategy and this includes a great deal of community engagement. As one might expect from a manufacturer that distributes both candy and exercise books, Kenafric is deeply enmeshed in the development and support of Kenya’s youth. Kenafric supports the Kenafric Charitable School, a pre-school in central Kenya, as well as the Kenafric College of Professional Studies in Nairobi. This support has involved the construction of new classrooms, laboratories and providing sponsorship for sports grounds and youth clubs. Kenafric is also looking into supporting a number of children’s homes as part of its ongoing community support strategy and also has a thriving internship program which allows university students in their final year of study a chance to accrue invaluable business experience.

The future looks promising for Kenafric. At present, this family-run business is focused on further professionalising its operations so that it can obtain an IPO listing. Profits are a huge focus this year and the company’s aim is to double its output and triple its turnover by drilling down into target markets and establishing all Kenafric products as household names. The challenge then will be to make sure that Kenafric has the infrastructure to allow it to the capacity to meet the increased demand for its products. It’s an exciting time to grow a business in Africa and it will be fascinating to see which direction this entrepreneurial firm will take next.